The tribal bug in humans 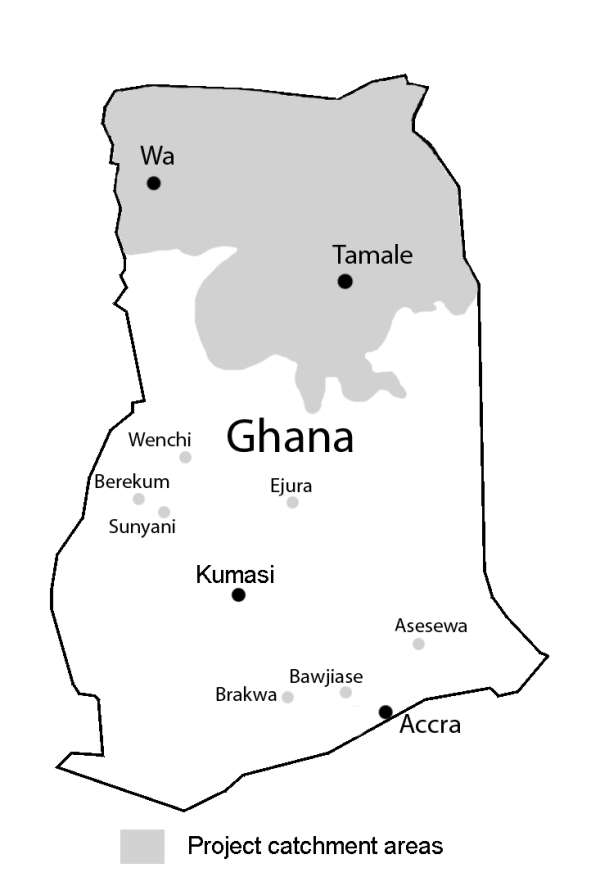 Me: My name is Elizabeth Ayamga

Interlocutor 1: Are you a northerner?

Interlocutor 1: No I don't believe you. You are so pretty to be a northerner.

Interlocutor 2: Oh so you are a northerner? I never knew you are a Muslim

Me: Yes I am a Muslim. Call me Hajia, Amina or Muslima. I told you I am from Vea in the Bongo district of Ghana and I am called Elizabeth Alampae Ayamga.

These are just a few of what I go through every day because I am a “northerner”. Maybe these comments are meant to flatter me. “I marvel at your too known, I guess you sometimes forget that you are a northerner and it will be difficult for you to get a husband to marry. You are even fortunate that an Ashanti is proposing to you”. The exact words of my Sociology, yes Sociology course mate at the University, who was obviously frustrated about my continuous decline to his proposals. I even wonder why he will propose to me in the first place knowing that I am a “northerner” who doesn't deserve his love. Another university colleague would tell me “I love you so much but I am afraid to take you home. My parents will not accept you as a northerner” Really, did you even ask yourself if I love you too or you think I don't even have that right as a northerner?

In the office, a Ga and a Frafra brother engage in a fierce argument about how violent northerners are. Every northerner in the argument is violent. Our Supervisor notifies the Ga of my presence. He turns to apologies to me but added quickly that I need not get offended because I don't even look and acts like “them”. Right, that was also supposed to be complimentary.

Growing up in Cape Coast I dare not beat Fantis in a Fante class. Alex Essel after dating my sister for almost ten years will finally agree with his father that my sister is a “northerner” and is not welcomed into the family.

I have for some time now been following with keen interest attempts by my brother Manasseh Azure Awuni to probably defend or expose the realities of tribal attacks on “northerners”. I shudder to believe I am more Frafra than Manasseh. Every Frafra like Manasseh knows that even within the Frafra tribe (Gurune, Talensi and Nabdam), some of the three languages are ranked superior to others. We still hear tales and jokes of how foolish and inferior one of the Frafra group is. It is easy for a Frafra to relate the actions and inactions of the supposed inferior group to the preconception of that group being foolish. My sister in-law will try every possible means to disassociate herself to that Frafra group although her mother is from there. Being the daughter of the former Frafra and Kusasi Chief in Cape Coast, I witnessed how that particular Frafra group was mocked at Frafra gatherings and how through that they lost confidence in even expressing themselves at meetings.

As young as I was, I can still remember the protest when my brother wanted to marry his wife, a Kasem from Navrongo. There is a preconception amongst the Frafra's that Kasem women are not “marriageable”.

During my usual marriage talks with my adopted grandma, she will strongly warn me not to marry from two particular tribes in Ghana. According to her, one of them is stingy and the other is lazy who would be expecting me to work for them to enjoy from my labour. She rather recommend a certain tribe that is pompous and to save their image in the public eye will shower me with everything I need although they will end up pointing fingers at my father's hut.

The first time I stepped foot on Bolga land, I got belittled in Frafra because I ordered a beverage speaking Fante. I forgot I have moved from Coast Cape and obviously is difficult for me to adapt within that short period. Our neighbours in Bolga on our way to the pipe water on the first time were discourteous because we were speaking Fante. We kept quiet and listened to all their slurs but replied them in their own language.

Maybe you have never thought about the Ghanaian perception about other nationals and their countries. After returning from Kigali, Rwanda, a friend would ask me how the Kigali “village” and their people look like. Well I have promised to stop comparing my beloved country Ghana with some selected countries but I can remember very well that I never saw codswallop on the streets of Kigali.

Another colleague well established in the development cycles in Ghana would question why I accepted an offer to attend a programme in Azerbaijan because he perceives that part of the world to be conflict prone.

My multicultural experience so far has shown me that no tribe in Ghana is innocent of defaming, looking down on, being insolent or discriminatory against another tribe.

Clearly the issue of tribalism, born out of ignorance and ill-advised superiority complex transcends beyond one tribe or geographical boundary. If not out of ignorance, why would someone think anyone from the North is a Muslim? Maybe “northerners” feel the most fraught because they migrate most to the south and are likely to have such encounters.

Putting the blame on the table of a particular tribe breeds divisiveness and inflame passions but not solve the problem. The fact however remains that tribalism is a social canker staring us glaringly in the face and must be addressed by putting a human face but not a geographical face to it.

Associating violence to a particular tribe or geographical area will not help either. In my opinion, violent in the north is more socio-economic and political than a tribal gene. It is about time stakeholders come together to research, identify and fix the risk factors for violence and insecurity in specific communities, societies or countries and stop tagging a group of people as violent.

Do I really care about any derogatory tribal comments about me? Such comments are people's opinion; I hold my pride as a human being.

Ghana must not be caught pants down in future, let's find av...
31 minutes ago

Sputnik V saga: ‘Why should I be a subject of ridicule for b...
38 minutes ago