Dr. Bawumia and the NPP Brand 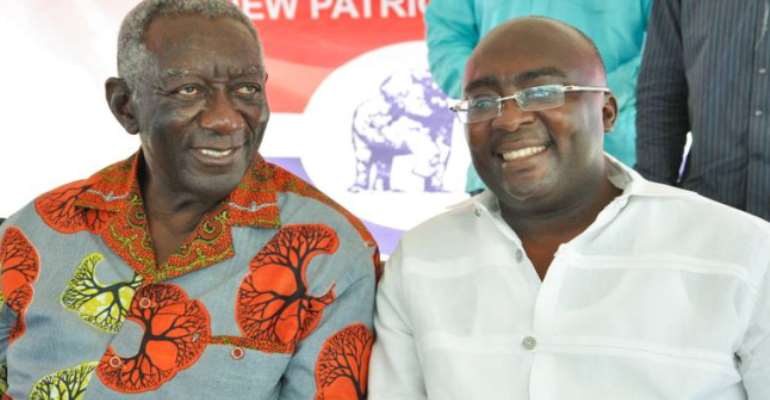 Successful business corporations have brands whose worth sometimes exceeds their actual market value. The Apple electronic brand stands for freshness and creativity. Volvo evokes a sense of safety in consumers. What does the New Patriotic Party (NPP) brand evoke in you?

Strong political parties have unique brands rooted partly in their founding history. To unpack the founding history, it is important to know who the founders were, what they did for a living, and what major event(s) triggered the party's formation. It is also useful to understand the founders' development philosophy. In this regard, the NPP has a unique brand imbued with meaning that helps differentiate it from others in the “political market place.” Party brands, if managed well, yield dividends in what pundits call “political equity,” which pays off at the polling booths.

The NPP brand appeals to people of all socio-economic persuasions, but particularly to a unique crop of youthful middle class. Bright Simons, an entrepreneur and social commentator, labels them the Aspirational Class, instead, describing them as “having a mix of entrepreneurial pursuits with the hunt for professional pedigree.” They tend to consist of professionals, intellectuals and businessmen and women from both white and blue-collar professions. A shining example is the Broadcast Journalist, Kojo Oppong Nkrumah, who is set to contest the NPP parliamentary primaries in the Ofoase-Ayirebi constituency of the Eastern Region. This does not mean that the party alienates the underclass. What it means is that, unlike its archrival, the party neither glorifies nor preys on electorates' material poverty to perpetuate itself in power. It is in this context that the political equity Dr. Bawumia, an Economist and NPP's Vice Presidential Candidate, brings to the table is best appreciated.

In light of this, the NPP rolls out smart economic and social policies that facilitate the upper mobility of the poor. An excellent example is Ex-President Kuffour'seight-year tenure. Inspired by the Danquah-Busia-Dombo tradition, Kuffour's robust policies grew the economy, and put Ghana on the lower middle-income trajectory for the first time in the country's history. He achieved this feat partly by slashing in half the proportion of Ghanaians living in extreme poverty and hunger, a feat that earned him the prestigious World Food Prize award in 2011.

In spite of his government's shortcomings, Kuffour managed to reinforce and consolidate the party brand. His government's strategy came to demonstrate what is possible when competent politicians and technically skilled elite force work intelligently with the private sector for the common good. By growing the economy, expanding the middle class and shrinking the underclass, Kuffour put a positive spin on the party brand, helping to appreciate its value.

Today, Dr. Bawumia is well positioned to play a crucial role in marketing the party brand, especially to the aspirational youth. To put it in a “dumsonian” language, he is increasingly becoming light to everything dark in President Mahama's handling of the stunting economy. He is well educated, intelligent, analytically rigorous, and above all, gracious.

His well-acclaimed public lectures employ evidence-based technical analysis in diagnosing the fundamental ills of the economy. For example, he predicted the infamous currency depreciation last year before it finally hit. By mid 2014, the Ghana Cedi became the worst performing currency in the world, behind conflict-prone Ukraine. In March of the same year, he also foresaw and warned government to clean up the fiscal space or risk bailout from the International Monetary Fund (IMF). True to his words, President Mahama recently succumbed to a bail out loan of almost one billion dollars from the IMF. These lectures are not only elevating the standards of public discourse, but are most importantly revolutionizing the approach to policy formulation and implementation. This is a healthy development, given how new crop of militant government communicators have seized the airwaves and effectively diluted important public discourses to propagate parochial agendas.

The former Bank of Ghana Deputy Governor has transformed himself into the new poster child of the NPP brand. His value to the party derives not from seeking to transform its nature or character. That foundation has already been laid decades ago, thanks to the likes of Professor Adu Boahen, Dr. Abrefa Busia, and Dr. Joseph Boakye Danquah. Dr. Bawumia is valuable because he has become the major identifiable figure in our time that is actively re-aligning the party to its root, steeped in intellectual rigor, under the firm leadership of Akuffo-Addo. He is not reinventing the plot; he is retelling the party's story to a new generation.

Despite his obvious pluses, Dr. Bawumia has come under barrage of attacks by his opponents as being inexperienced—a political neophyte. It is true that Ghanaians do not yet know how effective the Economist would prove himself as an active politician. What everybody, including his opponents know, however, is the man's solid grasp of economic fundamentals of the country. Besides, does political experience in itself leads to good governance outcomes or actually impedes them?

Some pundits are of the view that having political experience actually tends to kill idealism by forcing candidates to conform to the often-toxic status quo. To quote H. Kwasi Prempeh, a Law Professor, “political experience gives [candidates] close familiarity with the tricks and loopholes in the system.”

In a way, the President of Ghana, John Mahama, vindicates the law Professor. As the most politically experienced and prepared president in the history of the nation, Mahama is also perceived by many as the worst performer, at least in the Fourth Republic.

A PhD student at Northwestern University, Kofi Asante, also weighed in using the United States President, Barrack Obama, as an example. According to him, the "...appeal that Obama had was that he was a fresh face, in a sense, a non-establishment guy, he was not steeped in the bad old ways of partisanship, of big money, the lobbies etc.”

As running mate to the influential Akuffo-Addo, it is easy to see the transformational power that their collective leadership would unleash on the nation. This is the political equity that Dr. Bawumia brings to the party. He is helping to establish a significant and differentiated presence of the NPP in the political marketplace, thereby retaining loyal party base and attracting new supporters.

When you visualize the NPP brand in 2015 under the current leadership duo, what do you see? Many see smart policies, middle class growth, and economic transformation. Needless to say, Dr. Bawumia's contribution to this branding can hardly be overemphasized. 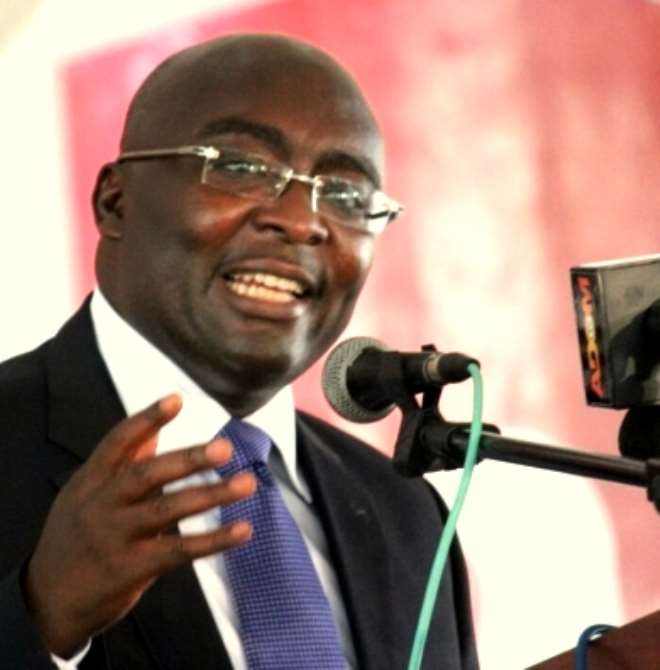