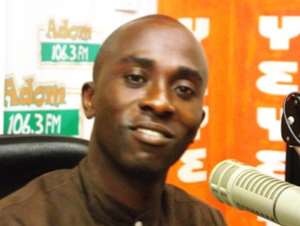 The National Democratic Party (NDP) is blaming President Mahama for the current ethnocentric and religious tension confronting the country.

The Party says the President's comments on the subject does not only fan religious and ethnocentrism but also shows how he has failed in his leadership role.

Speaking to Nhyira FM in Kumasi at the sidelines of a governance lecture, Mr. Owusu-Bempah warned the country's security is threatened by comments by the President Mahama on the matter.

President Mahama recently warned of sanctions against any head of mission school who compels a non-Christian to attend church services or faith-based meetings.

The comment was met with resistance by the Catholic Bishops Conference and the Christian Council of Ghana.

Mr. Owusu-Bempah believes the First Gentleman's comment was in bad taste and should be condemned by all.

“There is no leader in this country. How can the President of the Republic of Ghana when there is a religious tension between two  religious factions will come out and instruct that whoever is doing that if you are not doing the right thing will be dealt with by the President . I mean it tells you the kind of leader we have in this country”, Mr. Owusu-Bempah said.

He warned that comment from the President goes a long way to threaten security of the citizenry.

“The nation is sitting on a time bomb and it all boils down to lack of leadership. We are heading to a situation where we are sitting on a time bomb. It's a threat to national security when the country is been plunged into religious ethnocentrism. It's very dangerous for our country”, Mr. Owusu-Bempah warned.

The NDP therefore called on Ghanaians to avoid religious intolerance and ethnocentrism whilst condemning the President's action.

The best solution, according to the NDP, is to vote out the NDC in 2016.