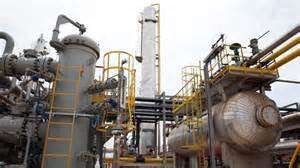 In its December 12, 2014 edition, the Business and Financial Times of Ghana posed an interesting but unfortunate question on its front page relating to President Mahama's classification of the Atuabo Gas Plant as “the game changer” The question the news publication posted boldly was “Where Is The Game Changer”.

The question as posed by the publication was interesting in that it exposed the fact that very little research was done on the issue prior to the publication of such a prominent headline. The publication was equally unfortunate in that it indicated the writer and the newspaper's emphasis on cynicism and a lack of circumspection for a paper that one would normally associate with high journalistic standards.

When President Mahamareferred to the Atuabo Gas Plant as being “the game changer”, it was obvious that he was looking at the full compliment of benefits associated with the establishment of the gas plant. It should therefore have been obvious to any objective eye that his reference to the gas plant as being the game changer did not relate only to the plant serving as the solution to the current power crisis that Ghana is experiencing.

He was obviously referring to such benefits as the USD$500Million per year savings to the economy of Ghana that the plant would bring, the domestic production of Liquified Petroleum Gas (LPG) for domestic use which would also save Ghana foreign exchange that it would otherwise have expended to import LPG, and of course the increase in availability of gas to power Ghana's thermal plants which have hitherto largely been powered by crude oil at a huge cost.

Indeed the Atuabo Gas Plant has enabled Ghana for the first time in its history to produce LPG in significant commercial quantities to feed its domestic market at a huge savings to the country, among its full complement of benefits.

In view of all the benefits that Ghana stands to derive from the plant, President Mahama was right on point when he classified it as a game changer.

The Atuabo Gas Plant is a first of its kind in Ghana and we should all applaud the vision and effort that has gone into the establishment of such an economically beneficial project to Ghana, which incidentally is 100% Ghanaian owned.

A write up on the business prospects for Ghana's economy of the gas plant would rather have done the Business & Financial Times much more good than this write up which appears to have been motivated by unwarranted cynicism relating to such a laudable project. An old adage states that, he who climes a good tree needs a pushover.