THE PRICE OF CIVIL INDIFFERENCE 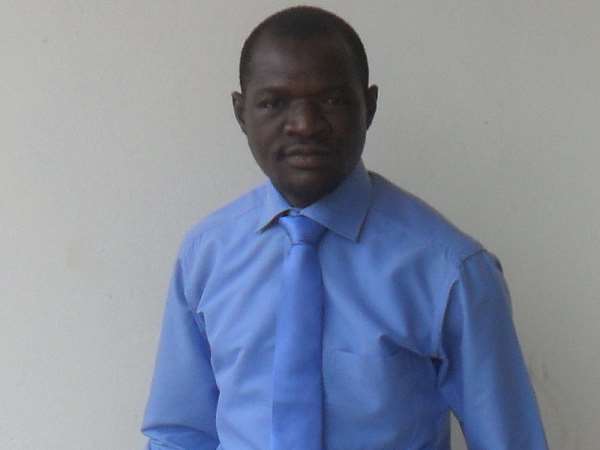 What are the moral imperatives that are imposed on individual members of societies? I am sick and tired of sycophancy and pretentiousness of the average person. I choose to depart from the norm. I choose not to sit on the fence and watch my society rot to the bones whiles I shut up my mouth in the name of “I am imperfect neither”. No one is willing to go the distance of defending the society from the conspicuously prevailing leadership flaws it is suffering from. I see Ghana weeping in my mind's eye.

Man is generically imperfect; I probably think God never intended making man a perfect creature by any standard. Society is fast at pointing out the flaws of people who choose to be critical about issues that affect them.

Yes, I do know I am imperfect too. And I know I do have my deficiencies as an individual, as a social person and as a citizen of my country. But let me ask again, did God ever intend making me a perfect entity at all? And what would have been the position of God afterwards? Should this naturally defective disposition of man become a guarantee for the increasingly unjust societies as we have on our hands today? And should no one be prepared to talk about it because we do also have our deficiencies? What becomes the future then?

One of my most profoundly respected journalists (Manasseh Azure) said and I quote “It is useless to have principles if you are not prepared to suffer for them” And that nobody will recognize your neutrality if you choose to keep quiet for being tagged. And I say that individual, civil or political indifference by the citizenry of any society anywhere does have a price. In Ghana for instance, the price of civil indifference is the escalating widening gab of social and economic inequalities that is prevailing in our country today. Deliberate abuse of public offices by our public officials, commercialization of our justice systems, overt display of illegally acquired wealth especially amongst public officials in the mist of poverty and hunger of their subjects.

Corruption is presently in ascendancy in the midst of our well drafted constitutional laws and bye laws. Recent reports from the corruption watch dogs' Transparency International and Afro barometer About Ghana is damning. Remember when we mention Ghana, we mention an Africa's acclaimed Model of Democracy. Our two main arms of government including our police service have been black listed as very corrupt. Imagine a bunch of corrupt parliamentarians making a law that affect the whole nation, and imagine a corrupt judge is required to interpret this law for the consumption of the public and imagine a corrupt law enforcement agency like the police is suppose to enforce this law on the ordinary person. God save us! We are not in normal times. And I dare say that the worse is yet to happen to Ghanaians if we continue down the path of silence and indifference. I choose not to be indifferent.

We will continue to be punished by our gluttonous elitist political class because they know our weak points and they are quick to hit at it any time anybody decides to be indifferent; the ethnic and the religious card. People are judged as being for or against a given position by the mere consideration of their ethnic or religious background. You mention your name and you are tagged with a party, they look at your face and associate you with a party. Only in Africa and in Ghana you find this. No consideration of one's philosophical orientation, nothing to consider about their technocratic or professional background. Nothing to do with your conscience. As shameful as it is, it is the norm and the practice in Ghana.

But should these necessarily be enough to awaken our fears and timidity? Are these enough to keep us mute, conserved and indifferent? I thought there is numerous precedence around the world to keep us focused? It did not take the attitude of civil indifference and passivity but civil consciousness, resistance, protests and demonstrations by the people of Burkina Faso to evoke the suspension of that ignoble intention of their recently ousted president Blaise Campaore to change Burkinabe's constitutional electoral laws. But for the civil courageousness and resistance of citizens of Burkina Faso, Blaise Campaore through his rubber Stamp parliament would have gone ahead, mutilate their constitution and continue with his almost three decade old of spiteful leadership to the people of Burkina Faso. And you saw the immediate response from AU and ECOWAS after the incident? So terrible!! Kudos to Burkinabe citizens, they unflinchingly stood their grounds.

It is a simple indication that African political leadership has little, in fact very little to offer Africans. Their biggest success today is that; Africa remains the poorest continent in the world. Mention poverty and Africa responds. And for us in the West African sub region, our matter is pathetic, our dignity and pride is sold to our European masters and in recent times, the Asians. Our leadership continue in their begging spree. Begging and begging for assistance for everything. Even including construction of toilets and distribution of sanitary pads for school children. They turn and say the African is capable of managing his own affairs. What a shame!

Our footballers are insulted and despised abroad, yet they remain there because they cannot make a meaningful living in Africa. Headquarters of all natural resources and yet the poorest in the world. The big question pops up, WHY? Ordinary citizens must get more critical or remain subjugated and impoverished in perpetuity.

HIS EXCELLENCY SHEIKH PROFESSOR ALHAJI DR. YAHYA ABDUL-AZZIZ JEMUS JUNKUNG JAMMEH BABILI MANSA. That is the official name of the current Gambian president, and that is how he is addressed. The last time I checked, he was officially crowned as the West African King of impunity by the Media Foundation for West Africa (MFWA). According to the Executive Director of the MFWA, Mr Sulemana Briamah, the Gambian president is the leading human right abusive president in recent times and none of his numerous titles reflects his status. President Yahya Jammeh assumed office as president of the Gambia on 22nd July 1994 after the overthrow of Dawda Jawara in a military coup and has clung to the seat of presidency since then. Twenty years down the line the Gambia and president Jammeh has been part of ECOWAS, AU, UN and other regional and international organizations. He gets his way through in the name of sovereignty. No one will change this status quo except the people of Gambia. The media, civil societies and citizens of Africa must speak up.

The over 90year old President Robert Gabriel Mugabe of Zimbabwe has being in power since 22 December 1980. After over 30years of his reign, he has started grooming his wife to hand over power to. According to his country director in the ministry of labor and social welfare Mr. Sydney Mhishi in his presentation to Zimbabwean parliamentarians in December 2013, about 63% of Zimbabweans are below the food poverty line as a result of poor salaries and low food production. That is even food. Shelter, potable water and access to quality health services have not being mentioned. The last time I checked, he openly berated Ghana for being stacked in its 1960s under developed state……two crabs in a ditch fighting! That is the price of silence and civil indifference from the citizens of Zimbabwe and Ghana. Even Southern African Development Community (SADC) and African Union (AU) which Zimbabwe is a member of cannot force this man out of office. That is the magnitude of leadership deficits the citizenry of Africa have on our hands.

These brutalities, indignation, illiteracy and poverty amongst many other ills on the continent of Africa will continue incessant until “we” the ordinary citizens of Africa makes the obvious decision not to remain indifferent any longer. I choose to take a position now! I choose to have a say. I choose not to stop talking about issues that bother me my country Ghana and Africa. I may be insignificant and my voice too feeble to be heard, yet I choose not to be indifferent.

The writer of this article is a citizen of Bunkpurugu Yunyoo in the Northern Ghana. Send your comments and critiques via [email protected], tweet, @suakapeter. 0200922728.