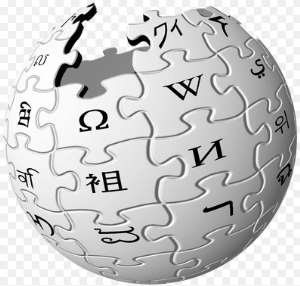 Wikipedia defines a government budget as a document presenting the government's proposed revenue and spending for a financial year that is often passed by the legislature, passed by the president and presented by the Finance Minister to the nation. It can also be called the Annual Financial Statement of the nation. The Budget estimates the anticipated government revenue and government expenditure for the coming financial year. However, the country is always regarded as a going concern so funds are always made available in the budget to execute a certain project.

The practice of presenting Budgets to parliament was initiated by Sir Robert Walpole in his position as Chancellor of the Exchequer, in an attempt to restore the confidence of the public after the chaos unleashed by the collapse of the South Sea Bubble in 1720. It has since been practiced by most countries around the world.

The essence of a budget is for first and foremost creates a spending plan of a country's resources for a particular fiscal year. Of course like an organization, it takes into account its available income/resource and then project into the next financial or fiscal year to estimate the level of output or production for that year. If there is any tool in financial management that does checks and balances, it is the budget. Because, the purpose of this is to control a nation's spending pattern, that is taking account the opportunity cost of producing the right goods and services of the nation with the right and available resources.

Forget about the various types of government budgets, (operating or current budget, the capital or investment budget, and the cash or cash flow budget) the underlining fact is that a budget is a budget with one underlining principle, and this is to control or check your spending behaviour. This is such that when a ministry is allocated a budget amount of Ghc XX it will not spend XX+1 at the end of the period but will be within its allocated amount (XX). The whole idea of budgeting is about managing the resources of the nation and making sure the right or planned projects are executed. Imagine a nation or an institution which does not have a plan for its spending and investment. Such a nation is in no doubt going to have problems managing its resources, and when these resources are misused the nation runs into deficit. A prudent and a disciplined nation will never over spend its budgeted allocations.

The activities of putting together a budget is very critical but this is why it has the Budget Forecasting and Planning committee to make sure the right things are budgeted for. As a result of this, ample time is given to all to strategically plan, put together, forecast and present a desire or satisfying budget.

There are three scenarios of a budget, 1.When a nation spends less to increase its revenue that is a budget surplus 2. When a nation neither over spends nor under spends its budget that is budget balance and 3. When a nation over spend its expenditure and a decrease in its revenue that is a budget deficit. All of these are possible scenarios of a nation's budget but the question you need to ask yourself is which one you would prefer to record in your books. A wife who operates or leave within her means or a wife who operate or leave above it means? However this is not to insinuate the excess expenditure produced an extra profit margin. No! It just went wasted.

The current economic woes of Ghana have more or less been attributed to the continuous deep in its budget deficits. Renowned economists both in Ghana and outside Ghana have all attributed Ghana's economic woes to the lack of prudence and discipline in managing the nation's resources. There are continuous efforts by the various MMDA's to go beyond their allocations every fiscal year.

Many have argued it does not really matter if there is a budget deficit but they also refuse to realize this is usually not the case especially for countries like Ghana with a fragile economy. Of course no country can do without borrowing. A country with no attempt of controlling its budget deficit should give its citizens reasons to be worried knowing so much that this could;

1. Paint the nation black in the sight of investors

2. Causing a rise in inflation ( when there are no investors willing to buy Ghana bonds, the central bank may decide to print new currency and buy bonds thereby causing inflation)

3. Increase the national debt
4. Crowd-out private sector investment
It is of no doubt that the government's fiscal policies form the major causes of the nation's budget deficits. Two main aspect of the government's fiscal policy are 1.Government spending and 2.Government tax policy. It is amazing how the government has decided as part of its fiscal policy schemes widen its tax net by taxing almost everything or activity in the country, but has a little concern about its spending. Of course no government can do without spending, even the great America borrow but this becomes a concern when there is a deliberate attempt to have a deficit and when these borrowed funds have nothing to show off. Again the emphasis here is about government prioritization and having value for money. Many complain now is, government is taxing almost everything but there is nothing to show for all these taxes.

Why A Budget Deficit If There is A Budget?
One fundamental truth is that the purpose of a budget is already killed if we give room for a budget deficit. Maybe the least we can do is to have a balanced budget, which is using our budgeted expenditure to produce the budgeted revenue.

When the Chancellor of Exchequer presented the budget statement, the possibility was emphasized on going beyond your budget but also painted the point that the purpose of budgeting was not to over spend the budget. Again, for the purposes of uncertainty in future prices of goods and services, the idea that we factor in a “dummy” in the budget makes it dead before planning a budget since this has over the years proven to be a secured avenue of stealing from the nation. Why do we have the planning and implementation committee of budget? On top of all these is government's decision to have a supplementary budget. So you ask yourself upon all the budgeted funds and the budget supplement government still record budget deficit.

Ghana has ever since recorded budget deficits for all its fiscal years irrespective of the economic prospect at the time. This phenomenon has become a safer place for governments and its departments and agencies to siphon state resources and the act and its figures have become gargantuan. There is no effort by government to check its budget allocations, right from the seat of government to the very agency who receive budget allocations, none has been able to have an under or a balanced budget. Why has the budget statement refused to capture figures of how much of the various MMDA'S budgeted allocations have been spent after the period? The budget statement is able to inform the citizenry how much is being allocated for a particular department or agency but it refuse to give a clear account of how much is spent over the period.

The European Union (EU) who is noted for its grant support to Ghana's budget deficit is getting fed-up for the continuous habit of Ghana going beyond and misappropriating its budget. Mr. William Hanna the new head of EU in Ghana said “in as much as they know the importance of honouring the pledge to support Ghana's budget, they also have the responsibility to justify the investment of its tax payers in Europe”. An IMF report indicates Ghana's debt stock could go beyond 70% of GDP in 2015 mainly because of its continuous budget deficit.

Just like the dynamics in budget deficit theories presents, this economic variable (budget deficit) is not necessarily forbidden no! But questions as to the nature of economy and government's intended projects are two key issues that determine whether government has the right to borrow more funds or not. The state of the Ghanaian economy now is one which is massively reliant on donors and borrowings but one would like to know if these funds reflect in the government's development projects?

“A wife who over spends her budget just to prepare the best meal for her husband but ends up not knowing which ingredient to use is not worth it.” An Africa proverb.