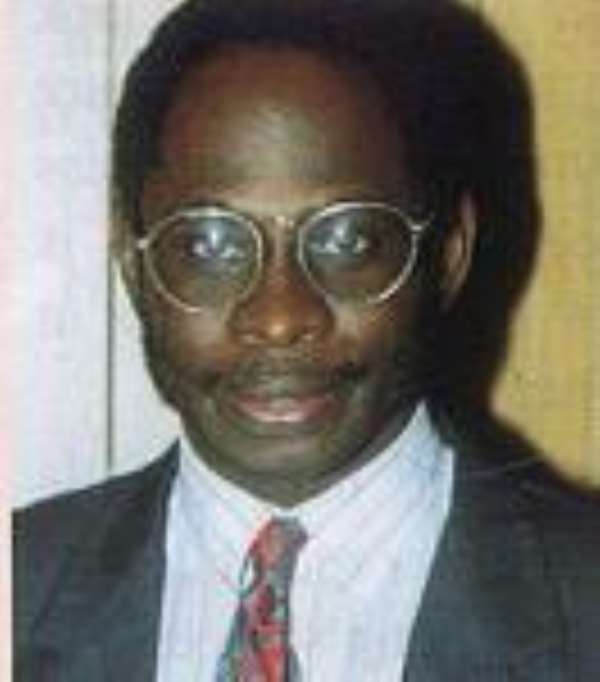 Koforidua, April 30, GNA - The Minister of Regional Co-operation and NEPAD, Dr Kofi Konadu Apraku, on Friday launched the NEPAD, West African Monetary Zone (WAMZ) and the African Peer Review Mechanism (APRM) at Koforidua, with a call on the people in the Eastern Region to assume ownership of the initiatives, since they were people-centred development strategies for both Ghana and Africa.

He explained that it was his Ministry's desire to bring the three frameworks to the doorstep of all sections of society to enable them participate in their discussions, embrace them and contribute to making them find lasting solutions to the developmental challenges facing Africa and Ghana in particular.

Dr Apraku pointed out that Ghana's active preparations and approaches to the implementation of the three development frameworks had become the blueprints worthy of emulation by other African countries. According to him, the expectations of African countries about Ghana in respect of the three frameworks placed enormous responsibility on the people to understand them so as to be empowered to own the processes and play their proper roles to ensure successful implementation in the country.

On the goals of NEPAD, the Minister explained that it sought to among other things, to entrench democracy and good governance in public administration and civil society, use regional co-operation and integration for common undertakings, business and investment projects and map out concrete sectoral priority areas that foster the development of Africa.

Citing some of the tangible business achievements of NEPAD in Ghana, Dr Apraku said under the Comprehensive Africa Agricultural Development Programme (CAADP), Ghana is one of nine countries selected in Africa to implement a "Home-Grown School Feeding Programme" with an initial support of 2.5 million dollars out of five million dollars. He said under NEPAD, the African Development Bank (ADB) was supporting the study of Railway Network interconnections in ECOWAS member countries with 3.6 million dollars, while Kumasi had been chosen by Canada as one of the cities for the implementation of NEPAD Local Government System to foster efficiency at the sub-national level.

On the WAMZ, Dr Apraku said the introduction of a single currency (ECO), by ECOWAS states from July, next year, held special promise for the country's traders and exporters, since it would facilitate commerce for the large market in the sub-region.

He said stability of the exchange rate of the common currency would help forward planning in business and attract more foreign direct investment to the region and promote stable price levels due to adherence of good monetary policies and financial discipline. Speaking on the APRM, the Minister described it as an innovative monitoring and control system to check "non-compliance of NEPAD tenets and wayward behaviour."

He announced that the government's belief in democracy, good governance and accountability to the people, made Ghana the first country to be subjected to the Peer Review Mechanism for which it had set up a Local Governing Council made of "independent-minded personalities of high integrity."

In an answer to questions, he denied that by acceding to the NEPAD the country stood to lose its sovereignty, saying there was no compulsion on any country to belong to the framework.

Dr Apraku also pointed out that NEPAD was "not a white man's imposition with conditionalities, so any government could opt out or modify the implementation process to suit its condition."

He said NEPAD was relevant to the Eastern Region since it had identified specific sectoral priority areas to facilitate human development and investment opportunities, adding, "NEPAD is very much in keeping with the aspirations of the people of the Eastern Region in terms of improving your living standards."

The New Juaben Municipal Chief Executive, Nana Adjei Boateng, commended the government for its ability to meet three out of the four primary convergence criteria through its pragmatic fiscal and monetary policies to pave the way for the single currency.

The Eastern Regional Minister, Dr Francis Osafo-Mensah, who chaired the function, called on the people to support the implementation of the three frameworks.