Free Education In Northern Ghana Is A Sacred Cow; No Politician Worth His/Her Salt Will Dare Touch It With A Ten-Foot Pole 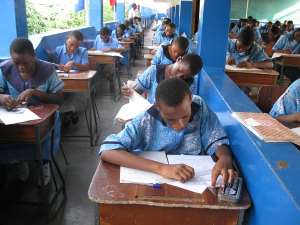 If there ever was an issue that ignites passions, drives heated debates and exposes the ugly underbelly of southern bigotry, it is Free Education in the North. Misunderstood, maligned and dismissed by its southern detractors as a giveaway to a bunch of freeloaders and undeserving recipients, the program, a brainchild of progressive southern politicians, continues to soldier on, meeting its original mandate of providing free education to thousands in the country's poorest regions.

In a jointly authored article, Review and Re-evaluate the Northern Free Education on Ghanaweb 5/5/14, Dr. Alex Anim Mensah and Jacqueline Anim advanced a narrative that was divisive, stale and frankly speaking, a head-scratcher.

Like other critics of the program before them, Mensah and Jacqueline chose an 'opportune' time – when a northerner is the sitting president -- to assail the program. Criticism of the program was strangely muted while Kufuour was in office. And not unexpected, the language employed by the authors is the all too familiar refrain frequently spouted by die-hard opponents of Free Education in the North.

In their piece, the authors questioned the integrity of the program, raised doubts about its goals, urged a complete revision and overhaul of the program and pleaded for its extension to include other equally impoverished regions in the south.

Well, while Alex and Jacqueline authors are entitled to their opinions, they are not entitled to facts and the fact is that the north was dealt a 'cruel hand' by British colonial administrators who marginalized the region and consigned it to the periphery of Ghanaian society by deliberately and callously neglecting to bring economic development to the area. Consequently, as the north stagnated, the south was opened up for education and economic transformation.

So, it follows that for decades after independence, while the north was the brawn of the nation, steadily providing labor for the farms and extractive industries situated in the south, southerners were the starched bureaucrats and snotty office clerks in the ministries and at other government agencies in the country.

In their vain attempt to tar a laudable program, Alex and Jacqueline glossed over the huge economic disparities between the north and the south, gaps that actually compelled various Ghanaian administrations to initiate policies and create programs to help develop the north.

Equally perplexing was the authors' mistaken assumption that Free Education in the North has outlived its usefulness just because there is a burgeoning northern middle class. This is pure nonsense. The program is still vital for a variety of reasons. For one thing, according to the United Nations Development Program, while 70 percent of all school age children are enrolled in primary schools nationally, in the northern region the rate is just 50 percent and the Upper West and Upper East only 51 percent and 56 percent respectively.

More crucially, the wealth gap between the south and north has not been narrowed despite laudable government initiatives over the decades to promote economic development in the three northern regions. In fact, the disparity has worsened as the regions remain trapped in unrelenting poverty.

Though Ghana's robust economy growth in the last two decades was roundly praised by many around the world for helping to reduce poverty from 52 percent to 29 percent, a UNDP's Ghana Human Development Report emphatically stated that the three northern regions “still harbor the poorest of the poor.”

The report also pointed out that the incidence of poverty in the area over the same period declined slightly from 63 percent to 52 percent. In the Upper West, poverty remained at 85 percent while in the Upper East it actually increased from 67 percent to 70 percent.

The UNDP's data grim as it is, reaffirms what some of us have been writing about for years; that poverty in the north is not an abstraction, but a real thing, existing in a real context with a real history, all of which makes me wonder why some of our southern brethren still continue to agitate against free education in the north.

One thing critics of free education in the north inexplicably fail to grasp is that economic development in the north is stymied by its distance from the ports, roads, railways, markets and industrial centers and fertile farming areas that have helped stimulate greater economic and human development in Southern Ghana.

And let us be clear-eyed here; correcting a historical wrong takes an undetermined period, requiring sustained effort and commitment from all interested parties. Free education in the northern region is small consolation for the marginalization and neglect that were visited on the area by colonial administrators and post-independence Ghanaian governments.

Mankessim: 55-year-old kenkey seller knocked down by speedin...
49 minutes ago