Ibrahim Murtala Mohammed, Please Do Your Homework Before You Speak! 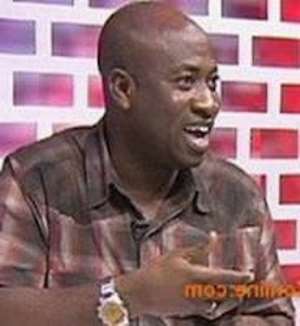 Ibrahim (Christian form Abraham) is known to both Muslims and Christians as one of the earliest Prophets to whom God spoke directly, and who obeyed God when He spoke to them. In fact, he has been given a nickname by Muslims that illustrates their reverence for him: Khalilullah, which means ''friend of God.”

Even more important to Muslims, it is Ibrahim who is believed to have built the Ka'aba-- the sacred structure in Mecca to which every Muslim is enjoined to embark on a pilgrimage – the hajj– at least once during his/her lifetime. In 2013 alone, 1,000,544 pilgrims performed the hajj at Mecca. It is towards the direction of the Ka'aba that Muslims are supposed to turn when they pray even when they are outside Mecca.

Mr Ibrahim Murtala Muhammed also bears the name of the founder of the Islamic religion itself, the Holy Prophet Mohammed. Of the Prophet, nothing more can be said, other than that his life and example are the guidelines to hundreds of millions on the earth.

Finally, Mr Ibrahim Murtala Mohammed bears the name Murtala, which, in West Africa, immediately brings to mind perhaps the greatest Nigerian ruler so far. At a time, in the 1970s, when Nigeria was beginning to show signs of national purposelessness marked by indecision and corruption, Brigadier Murtala Muhammed seized power and began to transform his nation into one of the most influential on the continent of Africa.

Promoted to General, Murtala Muhammed ruled from 29 July 1975 to 13 February 1976 – a mere 201 days-- before he was assassinated in an abortive coup led by a Major Dimka. But in those few days, Murtala took decisions over which his predecessor, General Yakubu Gowon, had been dithering: the transfer of Nigeria's capital from over-crowded Lagos to Abuja; the creation of 19 states (instead of seven) and the appointment of a constitutional commission to write a new constitution under which the country would be returned to civilian rule by a named date.

Above all, Murtala Muhammed gave notice to the world that henceforth, Nigeria would not allow any foreign powers to dictate the pace of events in Africa. He fully supported the MPLA of Angola against the American puppet Jonathan Savimbi's UNITA movement, and made it clear to Britain that its oil company in Nigeria, then called Shell-BP, would be nationalised unless the British ensured that Ian Smith's Unilateral Declaration of Independence (UDI) was ended and Rhodesia placed under black majority rule.

So, then, Mr Ibrahim Murtala Mohammed bears extremely weighty names in both the religious and political spheres.

Now, I don't know whether Mr Mohammed's father is alive or not; or whether, if he is sadly deceased, he had enough time to tell his son why he gave him those ponderous names. This Ibrahim Murtala Mohammed was only born in 1974, which probably means that he was still sucking milk from his mother's breast when Murtala Muhammed came to power in Nigeria, and he has absolutely no first-hand knowledge of the reasons why his father might have named him after Murtala (if he did).

And as for the Prophets Ibrahim and Mohammed, being named after them is no guarantee that one either has the slightest respect for them, (other than outwardly performing rites that indicate that one is a devotee of the Islamic religion) or that one has even taken the trouble to find out anything deep about them.

So, perhaps, I should not have taken any notice when I read the other day that Mr Murtala Mohammed, MP, had stated in Parliament that:

''Dr J.B. Danquah, one of the big six in Ghana's political history, died of natural causes and not from his incarceration under the Nkrumah administration.“…Even under Busia, a Committee that was set up to look at the circumstances under which he lost his life proved clearly that he didn't die as a result of he [sic] being in prison. It was a natural death and the history is there clearly for us all to see”, Murtala Muhammed said, as he contributed to a statement on the floor of [Parliament] to commemorate the 49th anniversary of Dr Danquah's death.” (Source: Radio XYZ).

As a deputy minister of information and media relations, the least that Mr Mohammed could have done, if he was talking about a death that occurred almost ten solid years before he was born, was to have researched the issue very well before he made a public pronouncement on it. The public expects that a person it pays to provide it with information, would at the very least, give it accurate information.

Mr Mohammed says that “even under Busia, a committee that was set up to look at the circumstances under which he (Dr Danquah) lost his life proved clearly that he didn't die as a result of he (sic) being in prison. It was a natural death and the history is there for all to see.”

First of all, Mr Mohammed's statement that “even under Busia, a committee ...was set up to look at the circumstances under which [Dr Danquah] lost his life” is false.

A Commission of enquiry was certainly set set up to investigate ”The detention and death of Dr J B Danquah at Nsawam Prison”, but it was not set up by Dr K A Busia's Government. The Commission, chaired by Mr E.O. Asafu-Adjei, former Ghana High Commissioner in London, was set up bythe National Liberation Council (NLC) in 1967. Dr Busia's Progress Party Government did not come into power until 1969.

This Commission unearthed evidence to show that Dr Danquah was often chained to the floor in his cell at Nsawam; that he did not have a bed to sleep on; that he was only given a single blanket to cover himself; and also that he was often not allowed to stand up in his cell because the prison authorities did not want him to be able to see other prisoners and try to communicate with them.

Evidence given before the Commission was that Dr Danquah, an asthmatic and a diabetic, was not given adequate medication for his illnesses. One particular warder was extremely rude to Dr Danquah, and it was while he was arguing with this warder one day that Dr Danquah suffered a heart attack and died.

If Mr Mohammed had not been too lazy to go to the library at the Ministry of Information to do some research, or even to task an official to do it for him, before going to Parliament to make his false statements, he would have come across these facts. So disgraceful.

I do hope that Mr Mohammed's father, if he is not dead yet, will die peacefully in his bed and will not be chained, like Dr Danquah, to the floor. Also that when his father reaches the age of 70 (the age of Dr Danquah when he died in 1965) he will be given medicine when he needs it. And that he will be adequately fed and not given gari and water to eat. But above all, that he will be treated with the respect that a man who had given birth to another man, aged 40, deserves to be shown.

For death, in case you do not know, Mr Mohammed, can be caused by the cumulative effect of even small doses of ill-treatment. The prison conditions of the time were quite barbaric. But many survived them. Nevertheless, to say that someone who was suffering under those conditions and who subsequently died, did not die as a result of those conditions, is to stand common sense on its head.

Mr Murtala Mohammed, you are only 40 years old. You have seen the world, but not too much of it. In 1979, for instance, you were only five years old. You didn't see how easily power can slip out of the hands of even the most feared people – including Generals – and turn them into feeble human beings virtually begging for mercy.

You would do well not to rub salt into the wounds of people whose relatives have died under unfortunate circumstances, by trying either to excuse those deaths, or to airbrush away, the brutality associated with them. For we need to eliminate sadism and callousness out of our political system. For ever.

Because, Mr Mohammed, no-one knows the future. What you say today may determine your fate tomorrow, though you may imagine that you are safe. Many arrogant politicians have learnt of the temporary nature of power in Ghana and elsewhere. But the trouble is that by the time they learn that lesson, it is usually too late for them to benefit from the lesson.