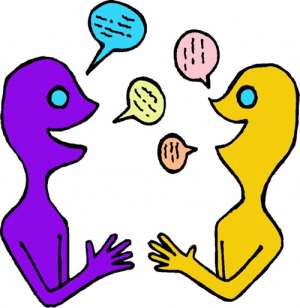 Forty years ago, no Ghanaian would ask her fellow citizen such a question. It was uncalled for and nobody even thought to ask it. Today, the question is all too often asked especially of Ghanaians abroad. Those who are asked do not quite enjoy it.

Twi speakers of the older generation do not ask such a question. They know better. That the question has almost become natural for the younger generation of native Twi speakers is further testimony of the increasing domination of Twi in all aspects of life in Ghana. I wish to state at the outset that I, personally, do not think the increasing use of Twi in Ghana is a bad thing. It is not. But there are a few aspects of the phenomenon that will make some non-Twi Ghanaians raise their eyebrows, even if only slightly.

Since Twi is the native language of the single largest ethnic group in our country, the language has always been the biggest in our country. This was true even before our independence and it is truer still today. The Akans form just under half our total population. No other ethnic group comes anywhere near that figure. That gives the language a natural advantage. In a way, it is even surprising that it is only now that the advantage is being utilized to the full. And what an onslaught it is making!

The domination of the language is seen most of all in its use in Accra, our political and economic capital, and nearby Tema, our foremost industrial city. The national capital attracts the greatest numbers of Ghanaians of all ethnic groups to any single locale. That native Twi-speakers are the majority of these settlers is only because there are more of them than any other group. Geographically too, Accra is not far from the Twi-speaking areas of Eastern Region and the Central Region.

The time when people moved to Accra and learned to speak Ga is now gone. Today, the new settler in Accra from an Ashanti hinterland does not need to learn Ga anymore. He can easily get by with Twi and even declare, with some disdain, that he does not speak Ga. Children born in Accra to Akan parents grow up without learning to speak Ga unless they live in a typically Ga area and have Ga friends. The Gas, themselves, are now speaking better Twi (which they used to call “Fante”) than they ever did. There is no Makola woman who does not speak fluent Twi. Children of Ewe parents living in Accra are more likely to learn to speak Twi before Ga, indeed, even before the language of their parents. And you can, these days, hardly detect the Ewe flavour in the Twi spoken by Ewes in Accra. It is almost impeccable. All the kayayo in Accra speak Twi. How will they know where they are going if they do not? Twi is now the number one language in the capital. Everybody speaks it. Those who do not are hard done by. Even Fantes in Accra speak Twi rather than Fante!

Indeed, today, in Ghana, you need to speak Twi in order to get on at your work place. Many board meetings in the ministries and public services quickly “degenerate” into Twi or, when English is spoken, there are many Twi interjections. If your boss at the workplace is a native Twi speaker (which is often the case) you are more likely to get into his good books if you speak Twi than if you do not. It is only natural that one feels an affinity to anyone who speaks one's language, whether the person is a native speaker or not. When two non-native Twi speakers from different ethnic groups meet in Accra (or elsewhere) Twi is likely to be their common language if they do not speak English. It is like a German meeting a French man in China and using English as their common language.

Some native Twi speakers in Accra make some feeble attempts to show familiarity by speaking “the other's” language. Often, the result is some funny formulation. For instance, Twi speakers address every Ewe man as “Efo” and every lady as “Daavi” even if the said lady is a married madam with grandchildren! Akans are not making any efforts to speak other languages. They do not need to!

The language is spreading outside Accra too. You can easily find your way in the markets at Ho and Hohoe equipped only with Twi. If you are on the yam trail to the northern parts of Ghana, Twi will lead you all the way and bring you back safely home. It will lead you some of the way even at the Grand Marché in Lomé!

Advertisers have caught on to this. They do not need to translate all their jingles into other languages. English, and especially Twi, will take care of everybody. The ad for Ruut extra cassava beer reads: Y'asaase, yen nsa. Perhaps there are translations of this in other languages too. But you are not going to find them.

Of all the reasons given as to why Twi is on the ascendancy in Ghana, the one I find most convincing is that, since the language is spoken by the largest single ethnic group in our country, it is the language in the best position to spread around. This is an inbuilt advantage. You are more likely to meet a Ghanaian who is a native Twi speaker than a Ghanaian of another ethnic group. This is simple statistics. That is also the reason why if you meet an African abroad and tell the person you are from Ghana, he assumes that you are a Twi speaker and jokes with you by saying: Eti sen? Even Nigerians, who should know better, make this mistake.

Some people argue that the spread is because the language is easy to speak. This reason does not come before the fact of numbers. It is difficult to argue that Twi is the easiest language to learn and speak in Ghana. The easiest language is probably an obscure one that was not helped by numbers. The ease of learning Twi may facilitate its spread but it is not the principal reason for it.

The other day, Kpakpo Allotey, in a passionate (but desperate) call for the resuscitation of the Ga language in the capital mentioned the proliferation of Twi FM stations and the immense popularity of hip life (sung in Twi) as the causes of the domination of the language in our cosmopolitan capital. He is right but only partly so. There are many Twi FM stations in the capital because there are many Twi speakers to set them up and many more Twi listeners to tune in to them. Many of the listeners include non-native Twi speakers. In the same way, most of the internet based Ghanaian radio stations abroad use Twi as the “natural” language of Ghana. As for the popularity of hip-life in Twi, the fact is that Twi has been the dominant mode of cultural expression in our country for a long time. This is not a recent phenomenon. Non-Twi speaking Ghanaians have enjoyed highlife music sung in Twi for ages. They did not need to speak or even understand the language to enjoy the music. In the days of the itinerant “concert party”, almost all the groups that toured the length and breadth of the country were Twi speaking ones. And there are still more Akans than people of any other ethnic group in the music industry to provide Ghanaians with Twi music. The situation has reached such an extent that most people think Twi is the natural (default) language of hip-life which sounds odd in their ears if performed in Ga or Ewe or Dagbani.

Some people have observed that the widespread use of Twi (especially in Accra) took a sharp upward turn during the eight year rule of the NPP – a party that is dominated by Akans, no matter which way you look at it. Most of Kufuor's ministers were Akans which means the small talk before and after cabinet meetings would be conducted in Twi. Even part of the meeting proper would also have a few Twi words tossed into it. This phenomenon was carried down to the ministries, public places of work and the population at large. A policeman who stopped you in Accra was likely to confront you in Twi rather than in English and be crossed with you if you did not respond in Twi. Kufuor himself was far more at home with Twi than with any other language. The former president has a slight stutter which is pronounced when he speaks English but which mysteriously disappears when he speaks Twi! (I think it is better to be more at home in your own native tongue than in a foreign one).

It does seem that Twi speakers enjoy speaking their language more than do speakers of other native languages in Ghana. This is true even for native Twi speakers who have no problems speaking English. A typical Ewe man will more readily discard his native language in a foreign (non-Ewe) environment in favour of English than will a Twi speaker. When a native Twi speaker gets the idea that you have some knowledge of Twi, he will bombard you ceaselessly with Twi in all your interactions with him and not be deterred by your frequent intimations that you may have problems understanding everything he says since you are not a native speaker.

On my recent visit to Ghana, I heard more than a few of my Ewe relatives and friends talk admiringly of the dexterity of native Twi speakers in the use of the Twi language especially on radio and TV. They contend that many jokes seem to come off better in Twi than in other languages. They cite radio and TV advertisements as well as football commentaries as examples and think the Ewe renditions are not nearly as funny (or as rich) as the Twi ones. Then they add that many of the regular hosts on the Accra FM stations rattling Twi are really Ewes!

And so Twi continues its unstoppable march in our country. If a language spreads naturally, there is nothing anybody can do to stop it. Nobody is forcing Twi down our throats. Today, Ewes are singing borborbor in Twi (Mede m'akoma nyinaa bedowo / Wo na woye me kwankyerefo ... Agyenkwa Yesu ee ...). It now remains for the Anlos to sing agbadza in Twi. That will be the day!

As the Twi language spreads even more than it has done so far, it will be enough for many of us non-native speakers to try to speak it. But to require of us to also mark our very identity as Ghanaians by our ability to speak Twi is to ask too much of us!

Yes, meye Ghananii na enso mennte Twi. And there is absolutely nothing shocking about that! Or, is there?

Covid-19: Breaking Safety Protocols Should Be Our Last Mista...
13 minutes ago