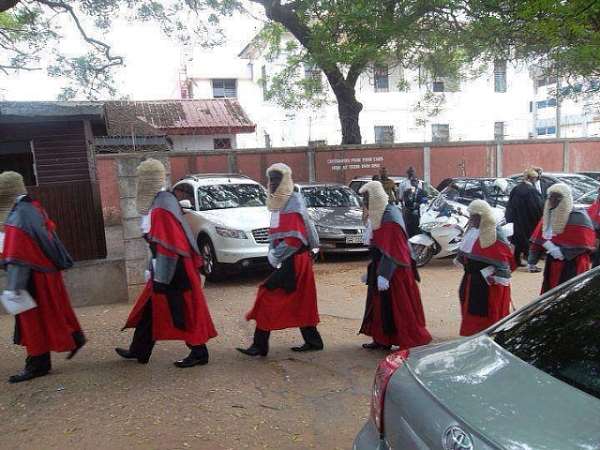 I have been reading with interest comments by various lawyers and non lawyers on the Supreme Court decision on the election petition. What I have not found is a detailed look into the issue of the legislation itself, for example was the legislation sufficiently precise to have its intended effect and to resist attack by those who try to twist its meaning to suit their own ends?

Faced with a problem in interpretation, a court must not only draw on its skill and integrity to produce appropriate outcomes. It must also offer coherent and acceptable explanations of how its outcome was reached and these explanations must be grounded in a coherent and acceptable theory of the judicial mandate in interpreting legislation. In my view the Court set out not to determine what Parliament intended but rather "what is the appropriate outcome of the election hence the two issues the court raised for determination.

The rules of statutory interpretation are at the crux of many legal disputes. It is the process by which meaning and content are given, by the courts, to statutes and the words and phrases contained in them. This process is aided by various rules and presumptions, such as the literal, mischief and purposive rules. The judges adopted one or more of these approaches in arriving at their decisions. Where these rules and presumptions do not help there is recourse to the use of extrinsic materials relating to the particular statute in question. In the election petition the court was obliged to look at everything and to take everything into account. The only test for inclusion is relevance. Anything that is not relevant was not to be included.

In my view the outcome of the case was to turn on the meaning of particular words and whether a provision should not be applied or the extent of to which a provision is applied. Justice Gbadegbe for example argued that the provisions of article 49 of the Constitution should be interpreted in a way that would not annul the votes of innocent individuals whose right to vote are guaranteed by the Constitution. On the contrary Justice Akoto-Bamfo said since the provision was couched in mandatory terms, clearly where the signature of the presiding officer failed to appear, it did not admit of any argument, on a literal interpretation of the said article, that there had been a breach and therefore the results ought to be nullified.

However, it has been held in a long line of decisions that a strict, narrow, technical and legalistic approach to interpretation of the Constitution, the embodiment of our hopes and aspirations, must be avoided.

In my view that the interpretation in this case turned on the use of 'shall' as used in section 49 of the Constitution. From a general observation the use of 'shall' is dominant in Ghana legal usage. The 1992 constitution is riddled with the use of the word 'shall' to express an obligation. The difficulty with this is that when shall is used in ordinary English, the primary use is to express something that is intended to take place in the future, when shall is used to express an obligation, it expresses that obligation only weakly.

a. Something that will take place or exist in the future: We shall arrive tomorrow.

b. Something, such as an order, promise, requirement, or obligation: You shall leave now. He shall answer for his misdeeds. The penalty shall not exceed two years in prison.

c. The will to do something or have something take place: I shall go out if I feel like it.

d. Something that is inevitable: That day shall come.

Black's Law Dictionary also states that shall has at least five meanings:

has a duty to; more broadly, is required to 'the requester shall send notice' 'notice shall be sent'. This is the mandatory sense that drafters typically intend and that courts typically uphold. 2. Should (as often interpreted by courts) 'all claimants shall request mediation'. 3. May 'no person shall enter the building without first signing the roster'. When a negative word such as not or no precedes shall the word shall often means may. What is being negated is permission, not a requirement. 4. Will (as a future tense verb) 'the corporation shall then have a period of 30 days to object'. 5. Is entitled to 'the secretary shall be reimbursed for all expenses'. Black also states 'Also, as against the government, 'shall' is to be construed as 'may,' unless a contrary intention is manifest. See Wheeler v. Chicago, 24 111. 105, 76 Am. Dec. 736.

Words are presumed to have a consistent meaning in clause after clause, page after page but shall does the opposite and this is why shall is among the most heavily litigated words in the English language. Shall offends the principle of good drafting. It does not always retain its meaning throughout a document.

Mr Justice Crabbe saw this problem in the 1990s and wrote: ' the basic problem in the use of the words 'shall' and 'may' in a legislative sentence is that shall imposes a duty or an obligation, may confers a discretionary power. Thus shall is mandatory while may is discretionary. ... But there have been situations where the words have been misused by Parliamentary Counsel. There are cases where the courts have construed shall to mean may and may to mean shall. Sometimes the court's departure from the usual meaning or usage of the words has been convincingly explained. At other times the departure has been extremely difficult to understand. (See Crabbe, V.C.R.A.C. (1993:76). Legislative Drafting. London. Sydney. Cavendish Publishing.)

The Court was faced with interpreting article 49 of the Constitution and we ended up with different interpretations. To overcome this problem we need to delete shall in all legal instruments and to replace it with a clearer word must or to a lesser extent will. The current drafting direction in Australia is to use 'must' where obligation is required. This removes any ambiguity and saves everyone time and money.

I hope the Legislative Drafting Unit in the Attorney Generals Department will in the course of amending legislation or preparing LIs use must for obligation and adopt plain English. Why do we continue to use modify when change will do or pursuant to when under is shorter and easy to understand. Legislative Counsel do not write only for lawyers and judges and so must use plain English wherever possible. In 1983 Lord Diplock said: absence of clarity (in legislation) is destructive of the rule of law; it is unfair to those who wish to preserve the rule of law; it encourages those who wish to undermine it. There need be no greater motivation for the use of plain language than to strive for clarity in the law for the benefit of all'.

Let me use this opportunity to comment on an article written by the Independent. In that article Implications of SC Ruling: All signatures don't matter (Ghanaweb 1 October 2013), the writer writes: 'in a letter published in the Daily Guide last Friday, the good Professor posed two thought-provoking questions: 'What is the value in the law of a marriage certificate which is signed by the couple and their witnesses, but is not signed by the registrar or the celebrating pastor?' 'The second question is: As a law teacher, how do you extract teaching materials for your students from a judgment based on the feelings of the judge?' Professor Kumado's questions, even though brief, are very loaded as they easily drum home the point that the majority's take on the absence of signatures of Presiding Officers have far-reaching negative consequences when viewed and scrutinised critically'.

I have not read the article so the only comment I will make is that every legal case turns on it facts and no two facts are the same. In the case of the marriage certificate if the priest or registrar failed to sign it will be up to a court to ask that it be returned and be signed. If the priest is dead or is mentally not capable of acting, I believe a court will be within its rights to resort to extrinsic material to validate the marriage rather than ask the people to go through the whole process again. There is also a legal principle 'the slip rule.' As Master Hanesbury stated in Inform Cycle Ltd. v Rebound Inc.: "the purpose of the slip rule is to correct clerical errors. It ensures that clerical mistakes can be corrected without the need for an appeal. It cannot be used to redo an application." Though this is used mainly to correct clerical errors in judicial decisions it has been adopted in some cases to correct administrative errors. It probably cannot be used in this case to explain the lack of signatures on pink sheets but it was used to correct the error made by Justice Atuguba when he said that it was a 6-4 decision. The statement was able to be corrected with the slip rule though no one said the slip rule has been applied.