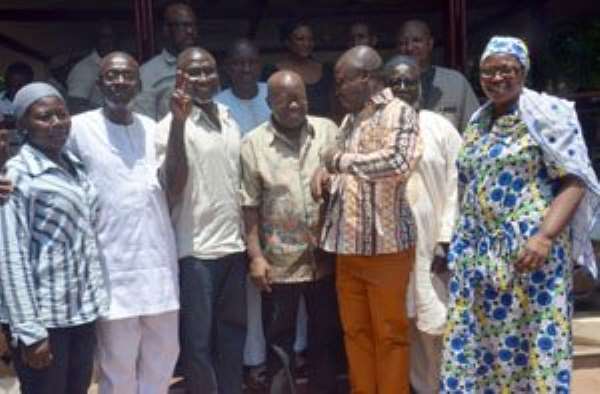 Nana Akufo-Addo last Tuesday hosted a Yoruba New Patriotic Party (NPP) grouping which called on him at his Nima residence.

The group reaffirmed its commitment and support for the NPP and Nana Akufo-Addo.

The grouping, Yoruba Caucus, is made up of third generation Yorubas, whose ancestors migrated and settled in the then Gold Coast in the colonial days and eventually assimilated into the local communities through marriages.

They expressed their commitment to support Nana, whose posture following the Supreme Court, had endeared him to many Ghanaians.

The group prayed to God to spare Nana's life and grant him strength to continue to support the growth of the country's democracy come what may.

'We, as Ghanaians, descendants of migrants from Nigeria, will continue to support the development of democracy. It has reaffirmed our confidence in the NPP as the party which can take Ghana to the Promised Land,' the group stated.

In his response, Nana praised the group for its confidence and commitment to the NPP, adding that the NPP is determined to fulfill its campaign promise of free SHS. Although that did not happen, he asked the group not to despair because 'I believe that with the right structures and unity in the party the party will come to power.'

On the recent Supreme Court verdict, he said that although he accepted it for the sake of peace he did not entirely agree with it.

Nana told his guests that he has links with Yoruba. His two daughters, he said, are from a Yoruba woman.

'My grandfather also had a kid with a Yoruba woman in Ile Ife,' he said.