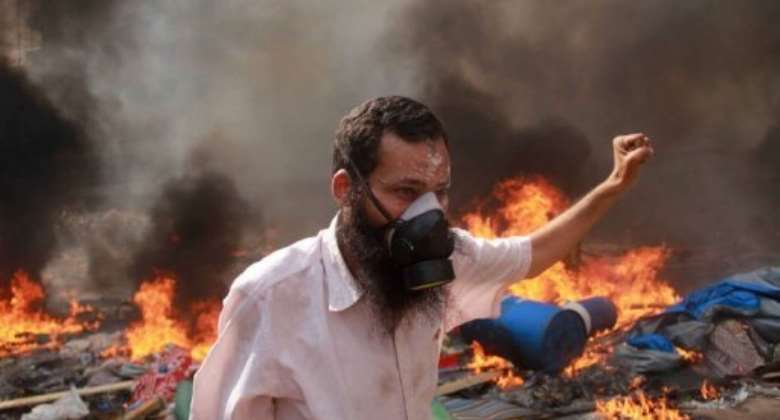 A supporter of the Muslim Brotherhood and ousted Morsi gestures during clashes with police in Cairo on August 14, 2013. By Mosaab el-Shamy (AFP)

The largest toll was at the Rabaa al-Adawiya protest camp in Cairo, where an AFP correspondent counted 124 bodies. In contrast, health ministry spokesman Mohammed Fathallah said 61 people had died there.

Fathallah said 21 died at the Nahda Square camp in Cairo, 18 in Helwan south of the capital and the rest in several provinces.

In addition, 43 members of the police force were killed, he said.

Speeding motorbike runs over pedestrian at Nungua
15 minutes ago

A/R: One robber shot dead, two others arrested
23 minutes ago