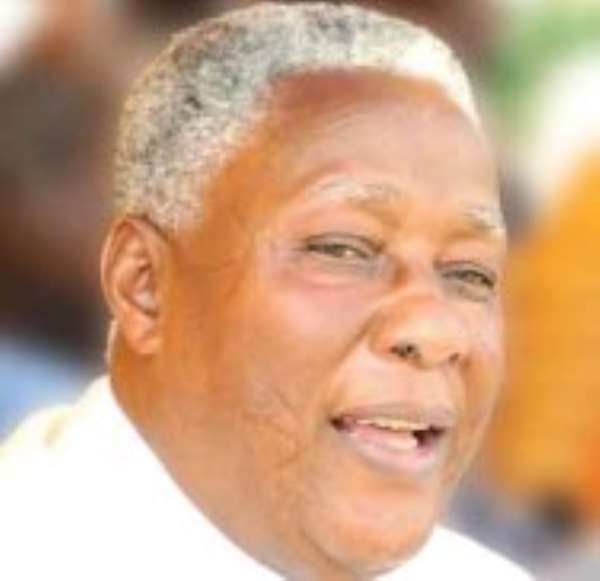 The country’s housing deficit which stands at an estimated 1.5 million units is likely to double by 2015 if steps are not taken to put in the necessary measures to improve upon the housing delivery system in the country.

Homes that were priced at between $20,000 and $30,000 for the lower end of the society have now become almost twice expensive in cedi terms because of the depreciation of the cedi against the dollar.

Those who went in for mortgages to pay their homes are now being compelled to pay about twice in cedi terms for their houses while their incomes remain the same.

The Ghana Real Estate Developers Association (GREDA), confirmed to the Graphic Business that members of the association have reported a massive cancellation of orders from people in that low income category.

According to GREDA, the situation is alarming and called for urgent government intervention in a more pragmatic way to reverse the situation.

In an interview with the Graphic Business in Accra, Dr Alex Tweneboa said the situation was set to become even worse with the increase in the prices of cement in recent times.

“The homes we already have for the lower income people have been priced at a particular level because at the time of constructing those homes, the cement price was lower but now that they are up, new structures will be priced, taking into consideration, the prevailing price of the cement”, he added.

He said for instance that those homes presently selling at $20,000 would go up by about 10 to 15 per cent or even more because of the price of cement and this coupled with the depreciated cedi, would make homes more expensive for the lower income bracket.

Since 2000, various governments have done very little to address the massive housing deficit in the country in spite of the numerous promises they have make in the past.

The affordable housing project in some parts of the country which, when completed, can accommodate hundreds of families have been left to squatters with no tangible reason given to complete them.

Many of the government bungalows which were also brought down with occupants made to vacate them under the guise of government using them to build affordable houses have been sold out to private indvidual for commercial purposes.

Structures on those state lands have now been filled with homes far beyond the financial reach of ordinary workers in the lower income bracket.

While the battle continues between the two major political parties about which was most concerned about the plight of the ordinary worker and people in the country, solutions are yet to be found to address a problem which has assumed an alarming proportion.

The cedi has fallen by more than 18 per cent against the dollar since the beginning of the year and it is now two Ghana Cedis to One Dollar in some foreign exchange bureaux This means that those who are about to acquire properties in dollar terms should now brace themselves to pay twice the amount in cedi terms.

The precarious housing situation has become even more evident as the demand for loans under the Public Sector Employee’s Affordable Housing scheme run by HFC Bank, is said to have suffered a major decline as at last year.

The bank for instance, disbursed a total of 39 loans in the year under review as against 60 disbursed under the same scheme in the previous year.

According to the Managing Director of the Bank, Mr Asare Akuffo, the situation can be blamed on what he described as the “limited supply of qualifying house types under the scheme”.

“This bottleneck in the scheme is being addressed in 2012 with new special purpose projects,” he stated but the present devaluation of the cedi and present prices of cement raises doubts about its feasibility.

Dr Tweneboa said it was time for the people and the government in general to take housing as an investment and not as a capital expenditure.

“The wealth of a country is based partly on the number of houses available to the people and therefore, we need to take a second look at how we view housing”, he added.

Dr Tweneboa who has been very passionate about the situation in the country said “it is time to act and enough of the talking”.

He said the present housing situation in the country have been faced by countries such as the United States of America (USA), United Kingdom among many others in the 1930s but noted that, due to pragmatic and conscious effort to resolve the issue, those countries have succeeded and noted that “until our governments tow the same line, we will continue to remain as we are”.

He further called for a sole ministry for housing that will be tasked to deal with housing issues only as pertains in many African countries.

Dr Tweneboa said the situation in the country deserves full concentration and noted that the present ministry can do very little if not nothing, if the housing aspect of it is not decoupled for better results.