What Does Boakye Djan Want From Rawlings And Ghanaians? 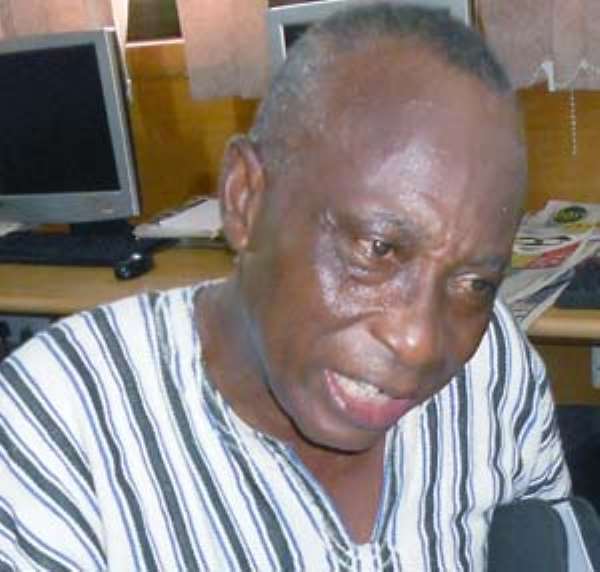 It is rather unpardonably absurd for Major Boakye-Djan (Rtd.) to presume to confidently and credibly contradict his former boss and the founding-father of the ruling National Democratic Congress (NDC), when former President Jeremiah John Rawlings poignantly observes that the Mills-Mahama government has plunged the country into a bottomless ravine and thus does not deserve to be reelected for a second term, as this would only enable the Mills-led NDC to irreparably damage the socioeconomic and cultural development of Ghana (See “NDC Does Not Need Rawlings to Win – Boakye-Djan” Ghanaweb.com 6/5/12).

Indeed, if the former second-bananas of the hawkish and murderous Armed Forces Revolutionary Council (AFRC) is seeking to make himself relevant to Fourth Republican Ghanaian political culture, then, I am afraid, he has both chosen the wrong occasion and the wrong subject to render himself as such. The fact of the matter is that the AFRC water-boy has not contributed significantly in any way to advance postcolonial Ghanaian political culture for him to credibly contradict the man who almost single-handedly crowned President John Evans Atta-Mills the constitutionally elected “King” of Ghana that the latter is today.

For starters, where was Major Boakye-Djan when Mr. Rawlings stubbornly insisted on the perennial presidential candidacy of the now-President Atta-Mills, in what became cynically and sarcastically characterized as the “Swedru Declaration”? And, if one may pertinently ask: Does Major Boakye-Djan even know the cartographical location of Agona-Swedru? Indeed, I would not be very surprised if the answer turns out to be in the negative; this may well explain why the AFRC second-fiddle chose the township of Atebubu, in his sub-ethnic home region of Brong-Ahafo to register his rather lame protest against Mr. Rawlings.

It is also not clear precisely whom the Rawlings adjunct thought he was fooling, when Major Boakye-Djan made the following assertion in his Atebubu tirade: “I made Rawlings the ceremonial Head of State and a Chairman and I became the Head of Government. I represented the official spokesman, so I was totally in charge.” I am almost certain that the missing bags of the MV-Benjamin cocaine contraband ended up in the nostrils and brain cells of “Osabarima” (did I hear someone say “Osabea”?) Boakye-Djan. You see, it takes much and far more than such lame-brained self-preening to revise the history of “Revolutionary Ghana,” especially for those of us who were eyewitnesses to the AFRC intervention in Ghanaian politics and were actually old and intelligent enough to imbibe and process what transpired on the national political landscape between June and September 1979.

In other words, to authenticate his version of the power structure and/or political hierarchy as it pertained to the AFRC, Major Boakye-Djan would have to identify the work of at least one nationally and globally recognized scholar/historian of the AFRC era who actually believed that, indeed, it was Major Boakye-Djan, and not Flt.-Lt. Jerry John Rawlings, who was both the de facto and de jure “Head of Government” between June and September 1979. And, also, just what explanation can Major Boakye-Djan offer for the fact that absolutely no official account on Ghanaian leaders lists him as Ghana's “Head of State” for the period under discussion?

If, indeed, Major Boakye-Djan was singularly and “totally in charge” of the wanton and largely personally motivated atrocities perpetrated by the AFRC, as he is reported to be presently claiming, then it, perforce, becomes imperative for those of us who have been “scapegoating” the Crown Prince of Aflao and Anloga all these years to apologize and re-target the brunt of our tirade and justified conniption at the New Drobo Bastard!

Indeed, in the 55-year-old history of the country that Danquah significantly helped in creating and naming, Ghana has had only one “Ceremonial Head of State” in the person of the late President Edward Akufo-Addo (I am, of course, discounting the very brief period during which Justice Nii Armaah Ollennu held the title immediately prior to Justice Akufo-Addo), and no one that I know who was old enough at the time (1969-1972) recalls having witnessed President Akufo-Addo issuing presidential edicts, promulgating fiscal policies and ordering military-style executions in the way and manner associated with “Chairman” Rawlings.

Needless to say, I have stated time and again that Major Boakye-Djan appears to have contracted an acute case of “Inferiority Complex” on the eve of the June 4, 1979 Uprising, else he would not have so cheaply and facilely confused the benchmark executive status of “Head-of-State” and “Chairman of the Revolution” with the veritably adjunct go-fer status of “Official Spokesman of the Revolution.” Could it just be that “Agyaba” Boakye-Djan was simply morbidly intimidated by the faux-Scottish accent of his revolutionary superior, the Ghana Air Force's Flight-Lieutenant Jerry John Rawlings?