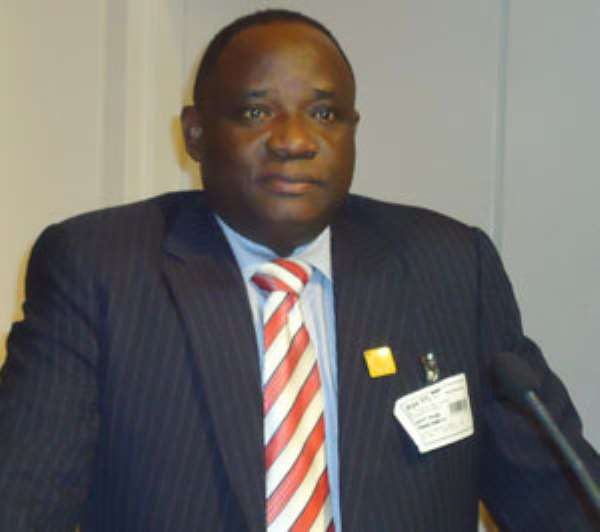 Participants at the UN General Assembly Meeting on road safety in New York, USA, have commended the National Road Safety Commission (NRSC), Ghana, for being a leader in road safety management in middle and low income countries.

Ghana was the only African country recently invited to make a formal presentation at the UN on 18 th April 2012 in New York due to its strategic objectives for road safety.

Noble John Appiah and May Obiri-Yeboah, Executive Director and Director of Planning and Programmes respectively of the NRSC, who were invited to participate at the UN meeting, addressed the media in Accra on the essence of the invitation.

Mr. Appiah, addressing the media, noted that Ghana was the only African country invited to make a formal presentation at the meeting.

He noted that the invitation was in recognition of the progress made in road safety management in Ghana.

Mr. Appiah said some of issues that formed the basis of the invitation included the consistent development of national road safety strategic and action plans, political leadership commitment towards road safety, performance in road safety since the establishment of the NRSC and institutional arrangements for road safety management.

'I was requested to speak on road safety policy, strategy and the decade of action. The presentations were in two parts, one at the World Bank in Washington DC on April 2012,' said Mr. Appiah.

The executive director noted that while a lot of progress had been made, Ghana had a long way to go to attain the national vision and strategic objectives for road safety, adding that NRSC would continue to be focused, proactive and innovative in its programmes and activities.

He said Ghana had been recognized as the leading country in developing proactive and strategic road safety management programmes in low and middle-income countries.

Mrs. Obiri-Yeboah, in an interview with DAILY GUIDE after the press briefing, reiterated that though the NRSC valued the increasing international recognition of its approach towards road safety management, it was not happy about the present level of road traffic crashes in the country.

She said the NRSC had developed a guideline for the MMDAS to involve the local level communities.

According to Mrs. Obiri-Yeboah, the NRSC would continue to be data-led, innovative and creative in providing its statutory and strategic lead role in achieving the national vision and strategic objectives for road safety.