Illegal gold mining, sand winning on the ascendency in the Ahanta West District 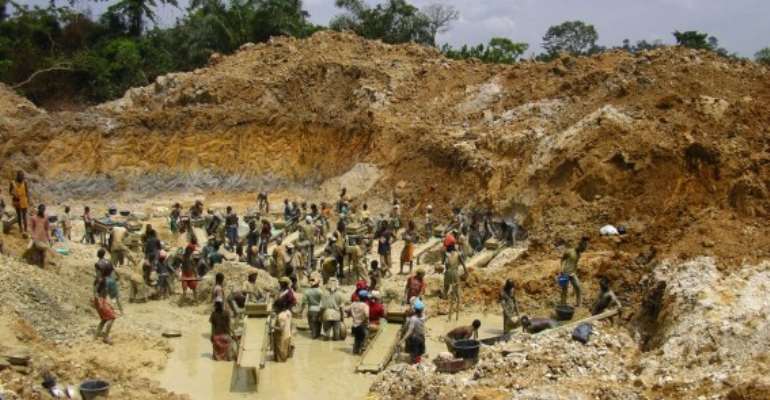 He was speaking on the vulnerability assessments of the district at a stakeholders durbar organized by the FoN in collaboration with the Ahanta West District Assembly at Agona Nkwanta.

Mr. Yamoah appealed to chiefs and the people to assist to put a stop to these practices and to create awareness about their dangers.

He said vulnerability assessments of the district carried out by the FoN in 22 coastal communities between January and February revealed that the shoreline of the area was exposed to intense sand winning, stone extraction, waste disposal and degradation of wetlands from mangrove harvesting.

It is being implemented by the FoN, Coastal Resources Center, Ghana, United States Agency for International Development and other partners in the Sekondi-Takoradi Metropolis, Nzema East Municipality, Jomoro District, Shama District, Ellembele District and the Ahanta West District.

He said coastal communities and their associated ecosystems are exposed to multiple climate stressors including high sea waves that are eroding the shorelines and causing flooding that are displacing communities.

Mr. Yamoah said the first phase of the Hen Mpoano Initiative would end in 2013 and offices of the initiative are being established in the six beneficiary coastal communities.

Participants at the durbar called on traditional authorities in the district to ensure that lands in their areas are not used for illegal mining.

They said illegal mining would not flourish if chiefs do not support the practice because of financial gains and noted that sand winning and stone extraction were being carried out without license.

The participants urged the district assembly to commit more resources to the education sector to stop falling standards in education.