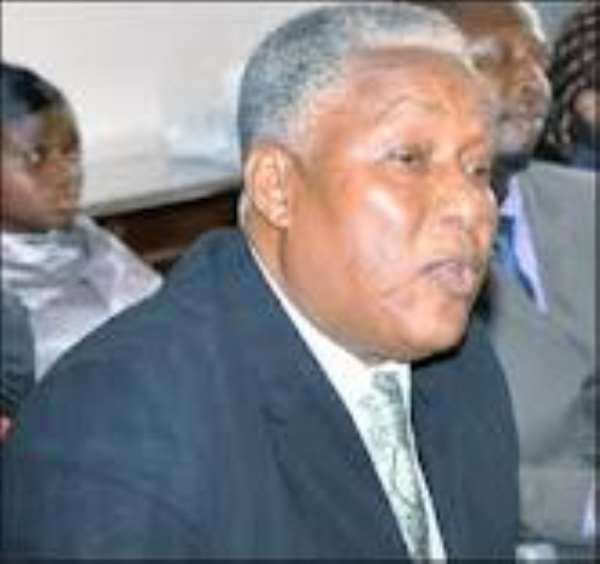 Accra, May 15, GNA – Mr Enoch Teye Mensah, Minister of Water Resources, Works and Housing has observed that the New Patriotic Party (NPP) was the only government that scored zero per cent in the delivery of houses to the public sector.

He said successive governments from independence had attempted to address the national housing problem, by embarking on projects that sought to provide affordable housing for low to middle income workers but with respect to the provision of houses, the NPP have been the poorest.

The Minister claimed that the NPP was on record for having sold out the choicest of existing public houses to its members and cronies.

Mr Mensah Teye made the observation when he addressed a press conference on the status of implementation of the uncompleted housing project started by the NPP administration in Accra.

He indicated that the NPP had sought to give the erroneous impression that the Memorandum of Understanding signed between the GUMA Group of South Africa and the Ministry last week for the construction of 500 housing units in the country was a stab in the back of the Ghana Real Estate Developers Association (GREDA).

He asked: “Did the NPP forget that GREDA was in existence when it contracted foreigners to design and build a presidential palace for Ghana?”

“The Kufuor administration did not even complete a single flat out of the (more than) 4,700 flats that were to be completed after sinking the equivalent of some 70 million dollars of public funds into the project.”

He indicated that to be able to reactivate theses projects, the Ministry conducted some scientific analysis of why the programme had come to a standstill.

Mr Mensah said investigations indicated that the project had been held up due to the fact that the NPP for some reason directed the Ministry to procure the building materials for the project and supply them directly to contractors.

The Ministry was not able to secure adequate budgetary allocation of funds to procure the needed materials for the contractors because the project was not conceived well and did not have a sustainable funding base.

“It was funded initially with an amount of GH¢40 million from the HIPC sources. These funds were not inexhaustible and so when the HIPC funds dried out, an additional GH¢ 30 million was sourced from the Social Security and National Insurance Trust. But it still could not complete the project and Government did not provide any further funding for the completion of the housing project,” he added.

Mr Mensah also stated that the investigation showed that a total of 61 out of the 388 contractors who were paid advance mobilisation did not move to site at all or did very little work, adding that it was important for these contractors to be pursued and made to refund the monies paid to them.

It was also found that a total of 470 houses were allocated to persons who did not make the required deposits.

Mr Mensah conversely stated that the government had decided to source funding to complete the housing project, but assured that all those who would be found to have committed any malfeasance in connection with the project would be punished.

He appealed to politicians to be truthful in their engagement with the public so that together they could move the nation forward.