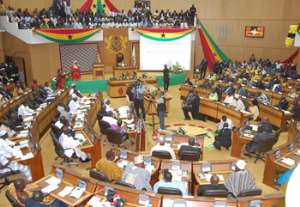 The Veterans Administration, Ghana, thus replaces the Veterans Association of Ghana, a creation of the now repealed Ghana Legion Decree of 1974 that also sought among other things to cater for the welfare of all ex-service men and women in Ghana.

With the passage of the Bill, the administration of retired military personnel becomes the responsibility of the State. The Veterans Administration, Ghana, would no longer be a voluntary association but an agency under the Ministry of Defence, supported by funds from the national budget.

The four-part and 28-Clause Bill, encompassing Veterans; Regional, District and Local Provisions' Administrative Provisions and Miscellaneous Provisions, was initiated owning to the state of frustration, despair and helplessness of veterans of World Wars I and II, and other ex-service personnel.

The Bill creates a governing body vested with the authority to seek and protect their welfare.

The Ghana Legion Act 1960, which was repealed in 1974, replaced the Ghana Legion Decree 1974 (NCRD 285). It was to cater for the welfare of all ex-servicemen in Ghana and foster the spirit of comradeship among them and provide free legal aid.

However with time, new concerns emerged regarding the welfare of the veterans, which called for a review of the decree to make it more relevant in order to meet the needs of the veterans today.

Mr Emmnauel Kwasi Aboah, Minister of the Interior, moved for the motion for the Bill to be read the third time and passed on behalf of the Defence Minister Lt. Gen. John Henry Smith.

As part of the provisions of the Bill, the Veterans Administration, Ghana, would establish a “Veterans Fund” and to hold lotteries or raffles in accordance with the National Lotto Act to support the welfare and activities of the veterans.