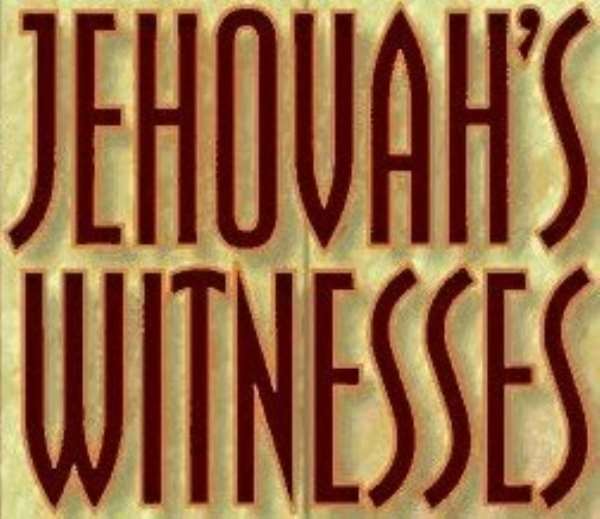 An article entitled, Jehovah's Witnesses and Blood, by Danny Haszard, posted on the spyghana.com web site on Sunday, February 12, 2012, caught my attention in a very strong and compelling way. And so I could not, but quickly read it.

The writer announced to the world, that Jehovah's Witnesses (JW's) had shifted from their long-time stance, against blood transfusions at medical centers of the world.

“Since 2000 the Watchtower Society was forced to change their semantics on how they handle punishing its members for taking blood transfusions to save their lives. The European Court of Human Rights negotiated this change when the country of Bulgaria refused to acknowledge the Watchtower Society as a religion, due to the fact that the Watchtower punished its members for accepting needed medical procedures to save their own, or their children's lives with blood transfusions.”

According to the article, the AJWRB has been monitoring these changes in the faith of JW's since the Court ruling, but had not found a single instance, where Witnesses who were known to have accepted blood transfusion, suffered disassociation from or de-fellowshipping by any of their congregations.

The article further revealed that, “taking blood is not a serious enough sin to get one de-fellowshipped now”: Is the current (unchangeable?) view and position of JW's.

While this about-turn in the faith of JW's might amuse many people, because of human rights considerations, I am sure others are saddened because some other peoples' rights are abused.

While so-called Human Rights Courts work in denying some people their rights, to supposedly uphold others their own, it saddens me that, in matters of faith, people buckle under pressure from human institutions.

But, are JW's saying whatever they stood to gain from God by agreeing with Him, that it is a sin to accept blood transfusions, they have now, willingly forfeited, under pressure from earthly governments?

Are they saying that, what they once believed to be a sin, they no longer consider as sin? If so, is sin no longer of eternal potency? Can sin change itself, with time, from something that kills to one that can give life, and so must be accepted as such?

Did JW's develop their anti-blood stance by their own whims and caprices, or with faith and fear in the Word of God? I am very sad at their about-turn in their faith, away from the Word of God.

I do not know anything about the faith of JW's besides their, until now, vociferous stance against blood transfusions; and frankly, I had admired them for that. This is because God has sternly, given instruction to man, never to eat (drink?) blood.

This instruction of God we find in the Bible –from Genesis to Revelation. Therefore, everyone who comes to live on this earth is expected by God, to abstain from blood –of beasts, or birds, or of fellow human-beings.

The first anti-blood law of God was made to Noah, immediately after the world-wide deluge of his day, at a time the earth was yet to replenish itself with vegetables and fruits.

God permitted man then, for the first time ever, to eat the flesh of animals, on condition that, the slaughtered animals were drained completely of blood.

This we find in Genesis 9: 4, the King James Version (KJV). “But the flesh with the life thereof, which is the blood thereof, shall ye not eat.” This instruction is clear, simple, and easy to obey: God is telling you not to get the blood of animals into your body.

Again, in the Book of Leviticus, God forcefully instructs man never to eat blood: “It shall be a perpetual statute for you and your generations throughout all your dwellings, that ye eat neither fat nor blood.” (Leviticus 3: 17, KJV).

We read further: “Moreover ye shall eat no manner of blood, whether it be of fowl or beast, in any of your dwellings. Whatsoever soul it be that eateth any manner of blood, even that soul shall be cut off from his people.” (Leviticus 7: 26-27, KJV).

These verses reveal God's death sentence for anyone who disobeys His anti-blood law. The one who disobeyed this law of God was not just disassociated or de-fellowshipped from his people, as JW's did in times past, he was killed under God's instructions.

Maybe, in this time of God's Dispensation of Grace, He permits one to side with any human rights activists, to plead for lives to be spared from death, in the event of one committing anti-blood sins.

So, if all these laws of God against the eating of blood exist, why would anybody go for blood transfusions? In my view, it is people who are ignorant of God's anti-blood laws who will, in their elusive search for solutions to their health problems, at the hands of men.

Otherwise, why would anyone, knowingly, pitch himself against the Will and Might of God, by blatantly refusing to obey His anti-blood laws; by opting for blood transfusions?

With JW's recanting their faith in God's Word against mankind imbibing raw blood into his body, I wonder who will stand for God in His anti-blood laws.

From studies, I have come to a conclusion that, every denomination of bible-believers has in its faiths, doctrines, and practices, many things that are glaringly anti-bible; and a few good ones in agreement with the biblical revelation.

This mix of good and bad, in all bible-believing denominations, has brought a lot of flaws and contaminants into the Christian faith, making it look different from that of the apostolic days of the First Century.

That is why denominations will forever remain as fragmented as they are, unable to come together in unity of faith, doctrine, and practice; until Christ returns to take-away his own to Heaven.

One may ask: What is the Christian Faith? My simple answer is: The Christian Faith is the good life, lived by mankind in submission, loyalty, and obedience to the commandments and instructions of God.

Furthermore, the Christian Faith establishes a divine relationship between God and man. By this relationship, God imputes His Life and Divine attributes to any of mankind, who meets His conditions to become Born Again, as revealed in Matthew 28: 18-20, Mark 16: 16, John 3: 3-5, Acts 2: 38-39, and Romans 6: 2-4, on how this birth comes about.

Anyone who gains this Born Again experience re-gains his original image of God, which unfortunately was lost in the Garden of Eden. The one who is Born Again, receives the Holy Spirit of God to indwell, work and manifest as the life-giving Spirit to his physical body (Acts 2: 38-39, Romans 8: 11).

The Born Again person gets joined, so he can abide as a branch in the True Vine, Jesus Christ (John 15: 5), whereby he has access to the very special blood of Jesus Christ in the sap of the Vine.

This is the permanent blood transfusion the Savior talks about in John 6: 53-58, which enables the Born Again person at all times, access the blood of God, through Jesus Christ, making Ephesians 5: 30 become real to him by this birth.

The one who gets Born Again is blessed to have his body become God's dwelling place (Isaiah 57: 15, Ezekiel 36: 25-27). God indwells such a blessed person, and manifests eternal (undying) life and all His attributes in this person. Unbelievable!

With the very Life-blood of God, available to the Born Again person, what else would he be seeking to gain from transfusions with the blood of some unknown persons of questionable characters?

I had always backed JW's in their anti-blood lifestyles because I thought they exercised faith in what God has said in His Word to have done, for all Christians in their Born Again experiences.

I am very sad now, because they have let me down. Why do they change their faith in God's Word, to accept the norms and practices of the world?

Do they now love the world instead of God? Has God now become their enemy? Every person becomes God's enemy, when he/she becomes a friend of or submissive to the World Order (James 4: 4).

The pressures of the World Order might be strong, but Christians must draw on God's Power to remain in His Will. May God help us all, in this need.

Chris Bapuohyele is an author/bible-expositor. His e-mail address is: [email protected]