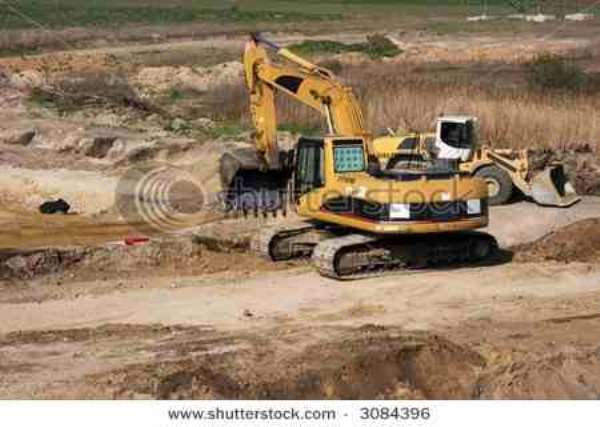 It has been reported, that on Saturday, the 18th of February 2012, three children got drowned in a gigantic, water-filled dugout at the Sofoline Interchange construction site in Kumasi. These young boys were apparently playing football in the area when they unfortunately got trapped in the monster trench and expired.

Annoyingly, all the Mayor of the nation's second largest city could do was to add insult to the injury of the bereaved families, by blaming the fatal incident on the carelessness of the victims' parents, and not the negligence of the construction company that dug the trench and the government that awarded them the contract. I find the Mayor's statement, extremely reckless and indeed unbecoming.

This is not the first time dugouts (including manholes) left dangerously exposed by constructors/builders have injured or killed people, particularly children, in the country. Yet, no concrete measures have been put in place by the so-called leaders to prevent the reoccurrence of such heart-breaking incidents. In fact, the number of children being killed or injured each year on construction sites in the country is far from shrinking.

Between the late 80s and early 90s, a number of huge holes were dug across the country to erect giant electric poles that we learnt, were meant to export hydroelectric power to Burkina Faso. Shamefully, almost all the holes that were dug had no barriers or fences around them and no warning signs. Some lost their lives and others sustained various degrees of injuries after falling into some of what became potential human traps. A friend of mine fell into one of them one evening, but luckily, he escaped with only minor injuries.

Since the day I heard the story about the death of the three kids, I have been trying to get in touch with the bereaved families, but to no avail. The intention is to advise them to take legal action against the construction company for negligence which has resulted in the loss of three precious lives (an offence, tantamount to manslaughter). As the Mayor himself admits, there were no warning signs at the construction site, and no measures or systems to prevent unauthorised people from entering the premises.

Health and Safety issues are supposed to be a major concern of every government in the modern world. In developed countries, there are strict laws and regulations governing health and safety at work, and should leaders of a company transgress these requirements, they could find themselves being prosecuted and having to pay out large sums in compensation.

As a matter of fact, no industry poses more health and safety challenges or concerns than the construction industry. Construction companies thus have both a moral and a legal obligation to ensure that their employees work in both a safe and healthy environment, and that the general public's safety is not put at risk and their health, not damaged.

Obviously, some of the risks members of the public may be exposed to at construction sites are: materials or tools falling outside the site boundary, slipping into trenches, being struck by moving plants and vehicles, coming into contact with hazardous substances, contact with live wires and being electrocuted, and several others.

To keep their work premises and practices as safe as possible, and to ensure that health and safety regulations are not breached, the managers and key employees of construction companies in developed countries usually undertake courses on health and safety management and various aspects of health and safety, many of which are certificated.

One fundamental business principle or ethic is that one must conduct one's business (work) without putting members of the public at risk. To ensure the safety of the public, all construction sites require measures to manage access through defined boundaries, and steps to exclude unauthorized people.

Because many construction sites easily attract members of the public, particularly children, principal contractors need to define boundaries physically, where necessary, by suitable fencing; and the type of fencing should reflect the nature of the site and its surroundings. In a populated area like Kumasi-Sofoline, this will mean at least a two-metre high small mesh fence or hoarding around the site. Constructors must make sure objects cannot fall outside the site boundary.

All adults have been kids before; and we know that some children and even adults are drawn to construction sites as exciting places to play, as there are no decent playgrounds in the country. Hence, it is the responsibility of constructors to keep members of the public out of the site and away from danger, by: securing sites adequately when finishing work for the day, covering or erecting barriers around excavations and pits, clearly and boldly displaying warning and hazard signs, locking away hazardous substances, etc.

Of course many will also be concerned about the previous and current governments' insensitiveness to the mental and physical well-being of the youth, evident in their failure to provide playgrounds in the country; and in fact turning the few that were available into construction sites.

Ghanaians are asking the government of Ghana to make it imperative for companies operating in the country to have a good health and safety management system which protects everyone; and to see to the establishment of an effective, independent body responsible for regulating health and safety at the workplace.

I know and understand that no amount of money can substitute the loss and erase the pain that the families of the deceased are experiencing. However, to induce the government to take some form of meaningful action, and to prevent such fatal occurrences from ever occurring again, I strongly recommend that the bereaved families sue either the construction company in question or both the construction company and the government of Ghana, for negligence on the part of the former, and lack of proper supervision and/or negligence on the part of the latter (the Ministry of Transport, formerly the Ministry of Roads and Transport), resulting in the loss of human lives.

Emmanuel Sarpong Owusu-Ansah (Black Power) is an Investigative Journalist, a researcher and the author of Fourth Phase of Enslavement (2011) and In My End is My Beginning (2012). He may be contacted via email ([email protected]).