What is the meaning of Ghana and where did we come from? 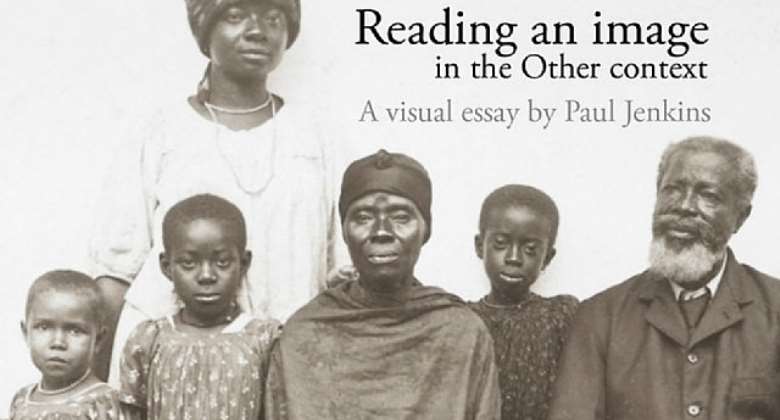 Ghana is a rare noun and has baffled a lot of researches for a couple of times now. The present established fact suggests that Ghanaians migrated from North-West and a bit Eastward direction around the Niger-Congo River. It is believe that the name came from the then Gana Empire which was covering Sudan-Mali area.

Prior to colonialism the actual name for present Ghana is still not known. The best stance to argue this may be that Ghana then was not a national unit and however had no unique name. Major parts of the territory were controlled by the Ashantes.

Ghana which was known as Gold Coast was changed to Ghana after independence by Dr. Kwame Nkrumah and Dr. J. B. Danquah. According to authoritative sources, the name Ghana was adopted after thorough research into the history of Ghana dating way back as mentioned above. But some still doubt this fact and believe G.H.A.N.A means God Has Appointed Nkrumah Already or for Africa ; and sure he is now the father of Africa.

Those who adhere to the latter view debate that Nkrumah's humanistic ideologies and ambition in a United Africa drove him to center himself forever. Further the “h” which is in Ghana suggests a clue to support this fact since Nkrumah and Danquah will not make a mistake to westernize the name from Gana to Ghana.

Those who believe Ghanaians descended from North-West which is in agreement with why our name was change from Gold Coast to Ghana say that the name Ghana has some similarities in certain cultures around Ghana. Some believe that Ghana is a compound word [Ga-na] which means “warrior king” which is a word derived from Ouagadougou. This will mean that Ghanaians are originally from Burkina Faso where we can find traces of such semantic phrase. Further they also believe that there are huge similarities in culture, history, language etc.

My purpose for writing this piece is to call for a more valuable and well researched work on how Ghana came about. All the history behind Ghana does not really make any serious sense and little references are provided. It seems closer to oral tradition than facts. I can argue this:

1. Rarely will one find in African languages “h” following the consonants “g” or “k” e.g "gh" or "kh" It's only in Semitic rooted languages like Hebrew, Arabic, Persian etc. we find such in transliterations. If we are do disregard the latter fact then the name has some Arabic connotations. The only argument to refute this fact is to say that the word has had European redaction or it has evolved. For example, Ashanti. With the "h" every historian will know that the word has undergone through metamorphism. The name is actually Asante hence Asantehene. In the case of Ghana it is not possible since contemporary and conservative Pan-African scholars came up with that name. If we are to take Ghana as like Ya-Na or Na-Na then Ghana might originally be Ga-Na [Gana] other than that the “h” means a lot in rediscovering the meaning of Ghana.

2. The true established Ghanaians in the pre-colonial are the Akans and specifically the Bono's. It is believed that the Bono's have settled in this land as early as in the 11th and 16th Centuries. Ga people crept in later. Ewe people were then part of Togoland. Northerners joined in through tribal wars and national demarcation. The Akan language has its roots in Swahili and Arabic and has Hebrew semantics. In Hebrew, most of the words are the same as the Akan. In religion the Akans are close to the Hebrew religion. The God of Saturday which is Kwame Tweeduapon has to do with the Hebrew Sabbath and Creator. Moreover, research has shown that traces of the Kente cloth can be found only in the traditions of ancient Israel. Therefore, Akans might have come from Eastward direction to form part of the Niger-Congo River civilization. Bono people must have something to tell us.

3. I think Dr. Nkrumah and J. B. Danquah made inferences based on a biased historical point of view. The languages of Ghana can be divided into three based on similarities: Language spoken by Northeners, Ga and Akan. NOTE: Volta Region was carved from Togoland. When you study these languages critically, one may note that Ga has some close connection with the Akan both in rhythm and some vocabularies whiles languages of the North are far different. Even their language is not near Arabic. If Ga people are supposed to have descended down from Niger-Congo River, then they might have been descending to Ghana at a latter period.

4. Before colonialism history was coned in mythical stories, it however becomes difficult when one tries to establish the true roots especially among indigenous traditional Ghanaians. Even the supposed name Gana Empire has no obvious clue in our culture. But no matter how difficult it is, modern scholarship can help to discover the true history of Ghana and its name by doing a linguistic or semantic research.

5. If Ghana and certain parts of West Africa countries descended from the Niger-Congo River civilization, then the question is who came to this part first, Ouagadougou, la Cote d'Ivoire or Ghana? Questions like this should help us to rediscover the meaning of Ghana. The Akan language is recognized as one of the major Niger-Congo River civilization languages and yet has no etymological traces in Akan traditions.

6. What is the actual date that Gold Coast was changed to Ghana. Many say it was after our independence in 1957. But on the 6th March 1957 the name Ghana was mentioned by Nkrumah in his independence address. So when actually?

My presuppositions may be faulty but I do hereby challenge researchers and historians to get into the matter once more to unravel the true meaning of Ghana to the people of Ghana. If it is as supposed God Has Appointed Nkrumah Already or for Africa then let's settle it there and officially accept it in our books. If we can't find a substantially and solid historical foundation then it's time we go back to Gold Coast! But believe me what we know to be Ghana is debatable.

US State Department begins POD to Ghana Today
9 hours ago