Spiritual leader in dock for defilement 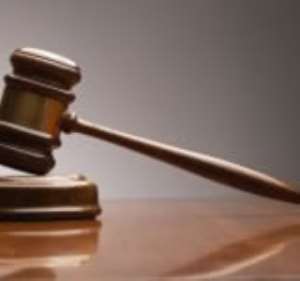 Akim Oda (E/R), Nov. 30, GNA – A Pastor of the Spiritual Leadership Church at Bekuase village near Akim Akroso in the Eastern Region, who allegedly defiled a 14-year-old girl has been given a GHâ‚µ 3,000.00 bail by the Akim Swedru Circuit Court.

The court, presided over by Mr Yaw Attah Sampong ordered Peter Kwadwo, the pastor to provide one surety as part of the bail conditions.

Kwadwo pleaded not guilty to defilement and would reappear on December 5.

The Prosecutor, Police Chief Inspector Kwadwo Ahenkorah told the court that Madam Adwoa Kuma, the complainant is a farmer and mother of the victim, who detected that the accused pastor has been having sex with her daughter and therefore warned him to desist from the act.

He said it was about 1930 hours on September 9, this year, when Kwadwo organised all-night church service which the girl attended.

Inspector Ahenkorah said the pastor later invited the girl into a room attached to the Church premises, without knowing that Madam Kuma was monitoring the movement.

He said when the complainant knocked at the door, the accused opened the door whilst the victim hid under the bed.

He said the complainant left and took cover until the door was opened and when her daughter came out of the room, she confronted her and she admitted that Kwadwo had defiled her.