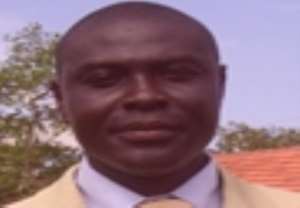 Saltpond (C/R), Nov 30, GNA – The Mfantseman Municipal Assembly held its Second Ordinary Meeting of the first session of the Sixth assembly at Saltpond on Tuesday.

In his sessional address, Mr Henry Kweku Hayfron, Municipal Chief Executive (MCE) said the Municipality had benefited from 34 classroom blocks funded from the Ghana Education Trust Fund (GET-Fund) in 2010 and 2011.

He said the Central Regional Development Commission (CEDECOM) was to establish a pineapple processing plant at Eyisam to process the large quantity of pineapples produced in the Ekumfi area.

The MCE also said CEDECOM was also to establish a rest stop at Essuehyia to help commuters from Accra to Takoradi or Cape Coast to have a suitable place to stop for a rest before continuing the journey.

The Commission, the MCE said, would also be supporting salt mining companies in the municipality to boost salt production, an important component in oil production.

Mr Hayfron said beneficiaries of the Ghana School Feeding Programme had increased from 15 to 23 with a pupil population of 7,731.

He said the Tripartite Partnership Project (TPP) which sought to improve sanitation and drainage in Mankessim had reached the tender evaluation stage.

The MCE said the Municipal Assembly had pledged to construct two Community Health Planning Service (CHPS) compounds in the municipality and to sponsor the training of five midwives annually to support the Campaign Against Maternal Mortality in Africa (CARMA) being championed by the First Lady, Mrs Ernestina Naadu Mills.

He said it was a laudable programme which needed the support of every Ghanaian.

Mr Hayfron said the Mfantseman Mutual Health Insurance Scheme continued to make steady progress in its operations and that the registered members had increased from 153,930 in June to 170,799 in October 2011.

He said funds had just been received to pay claims for July.

The MCE announced that Wilmar Africa Limited, an investor identified by the Ministry of Trade and Industries, was ready to invest in Oil Palm plantations in Ghana and appealed to land owners who were ready to contact the Assembly for the necessary negotiations.

He said the Assembly had disbursed an amount of GH¢ 3,570.00 to 61 persons with disability for economic and income generating activities.

Mr Hayfron said the Assembly had realised GH¢ 65,009.74 as Internally Generated Fund (IGF) as at October, representing 79.2 per cent and said they could still do better.

Mr Hayfrfon commended the Government for carving Ekumfi District out of the Mfantseman Municipal Assembly and gave the assurance that everything possible would be done to ensure the success of the “baby district”.

The members discussed the 2012 Fee Fixing Resolution and the Composite Budget Estimates and approved them.

The MCE later inaugurated 89 motor bikes for the use of the members to facilitate work in their electoral areas.

The Government provided the motor bikes for assembly members nationwide through the National Association of Local Authorities of Ghana (NALAG).