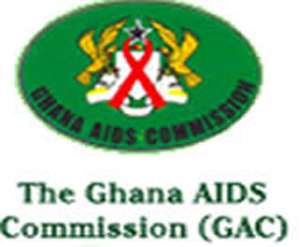 The Ghana AIDS Commission (GAC) said Wednesday that it had initiated a series of focused surveillance activities for HIV and Sexually Transmitted Infections (STIs), as it had envisaged such risks as a result of the increase in gay activities in the country.

The surveillance is directed among the Most at Risk Populations (MARPS).

A statement issued in Accra by Dr Angela El-Adas, Director-General of the GAC in reaction to reports of gay activities, said the MSM (Men having Sex with Men) situation in Ghana was an issue that we cannot not run away from.

'The work of the reported NGO that registered up to 8,000 MSM, if true, may just be a microcosm of the real situation on the ground. Activities of MSM may predispose some of them and their other heterosexual partners to HIV. It is important therefore to have the requisite data for planning HIV prevention and treatment interventions.'

The commission said a study was being implemented by GAC as part of a broader initiative to conduct HIV and STI surveillance of MARPs including MSM, female sex workers and injecting drug users.

Participation of all MARPs in this study is voluntary, and their confidentiality is protected.

The commission said the primary objectives of the proposed studies were to monitor prevalence and risk factors for HIV and STIs of MARPs; identify and describe key characteristics of MARPs which place them at risk for HIV; and describe how MARPs – including highly vulnerable subgroups – may be identified, reached and served by various health programmes.

'It is important that all hands are on deck to reduce the number of young people who are lured into MSM,' the commission said and called on all religious leaders, traditional authorities, educationists, parents and NGOs working with young people, to get involved in educating young males on the dangers of being involved in sex with other men.

It said the commission was extending services on protection and the use of health products such as lubricants and condoms to identified MSM groups through civil society organizations.

It asked all enquiries to be directed to the commission.