The Archbishop and the Anas tape 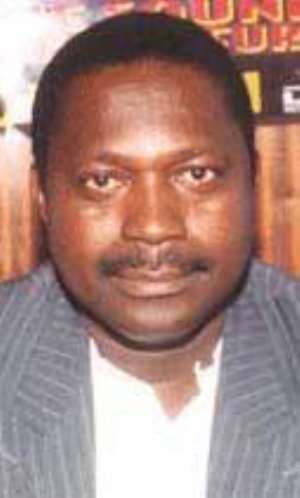 You have got to give it to Anas Aremeyaw Anas! The nation's leading Investigative Journalist has done it again. This time, it is even more staggering. The 'Enemies of the State' tape is mind-boggling and tells much about the deep-seated nature of corruption in this society.

The Customs Excise and Preventive Service (CEPS) and other security officials, people in whom the state of Ghana has invested so much to secure our ports against fraud, are themselves caught neck deep in fraudulent activities, which rob the state of the revenue to develop this society.

A worried President John Evans Atta-Mills responded to the expose by rushing to the port at Tema, where he warned of dire consequences. One of the actions the government said it intends to take is by asking CEPS officials to declare their assets.

By the end of the week, 15 officials of the state security and revenue agency had been identified. What is not immediately known is what the state intends doing with the 15, aside of putting them before court. In a democracy, it is only the court that could prove their guilt or otherwise.

The last time Anas had the whole nation purring on his grand feat was when he exposed smugglers of cocoa in the Western corridors of this nation.

Like the current expose, a number of CEPs officials, policemen and women, as well as company executives were caught on tape taking bribes to aid smuggling of cocoa from Ghana to Cote D'Ivoire.

There was general uproar in society. In a swift response, a number of CEPS and other officials were put before court. But like many things Ghanaian, not much has been heard of these high-profile cases. That is one reason people are very skeptical about the likely outcome of the Tema expose.

Trust politicians to weigh in on every opportunity. The opposition New Patriotic Party assembled the media yesterday and cashed in on the popular appeal of the tape, appropriately christened 'Enemies of the Nation.'

The party, relying on the strength of the elephant for its grass root mobilization, accused the government of lacking the political will to respond to the tape, in a manner that would help minimize corruption.

The New Patriotic Party also took exception to President Atta Mills' style of dealing with major issues of the state.

'The political reaction to Mr. Anas' diligent expose of rot and corruption at our Western borders has also been nothing short of scandalous.

Mr. Anas provided strong evidence, including audio and graphic video of officials facilitating the smuggling of cocoa, a criminal activity which cost the nation dearly in export earnings.

However, just last week, as the President was preparing to make his visit to the Tema Port, the 14 security personnel at the centre of the alleged cocoa smuggling scandal were being freed for the second time, for want of prosecution.'

The Government did not take kindly to the accusation. A statement was issued and released even before the NPP press briefing could wind to a close, signed by Deputy Minister of Information, Samuel Okudzeto-Ablakwa, debunking the accusation and outlining a number of measures put in place by the Atta Mills administration to curtail corruption.

The statement said Government sponsored the investigative activities of Anas Aremeyaw Anas into the Cocoa smuggling saga in the Western Region, as well as the expose of the rot at the Tema Harbour.

Asking all Ghanaians to rise up against the canker of corruption in society, the Government stated: 'The fight against corruption is collective and that anytime we cut corners or pay bribe, we are as guilty as those CEPS officials caught in the Anas tape, and that all of us, including state prosecutors must play our role in this fight.'

The release of the security officers caught on tape in the Western Region might have come as a shock to many people, who thought the arrest and prosecution of the errant officials would go a long way to stem the tide of cocoa smuggling.

It is one action that has the tendency of lowering the spirit of Anas and his team, who were arrested and briefly detained in the cause of their investigative work in the Western Region.

Our understanding is that the release had a lot to do with the prosecution, which appeared to be uninterested in the case. I would like to believe it is possible to re-visit the issue for those proven guilty to serve their sentences, to act as a deterrent to those who have made it a habit of cutting corners to make themselves the rich of society.

While we are at it, it is important to recollect some of the ramifications of the 'Enemies of the Nation' tape.

We are reliably informed that Archbishop Nicolas Duncan-Williams, head pastor of the Action Chapel International requested for an advanced copy of an interview Anas Aremeyaw Anas had with Paul Adom-Okyere of Metro TV, and did succeed in getting a copy of a tape that had not even been aired.

In trying to explain what certainly is a mystery, even in the murky world of Ghanaian journalism, lawyers of the Archbishop stated that their client was interested in the matter as a clergyman, and not as a friend or family relations of the owners of a company cited in the Anas expose.

The explanation did not do the Archbishop any good, with the suggestion that the personalities involved were church members.

One paragraph freaked me most. It is this: 'It is factual that our client knows two of the officers of Servistar Company, who co-incidentally are members of our client's church, but so does he know and has met and had previous personal interaction with Mr. Anas Aremeyaw Anas, the journalist who recorded the tape, sometime in the past, when he gave him a copy of his investigation into the Osu Children's home.'

What has Archbishop Duncan-Williams knowing Anas got to do with the way and manner the tape was secured? In any case, what was the interest of the Archbishop to demand a tape of Anas' interview with Paul Adom-Okyere? If the head of the Action Chapel International was so keen on the events covered in the tape, why did he not request for a copy of the tape of 'Enemy of the Nation' itself, but a tape recording of an interview with a journalist?

The sums from my calculations do not add up. There must be something we have not been told in the whole saga of the tape and the archbishop.

I hear Paul is a member of Action Chapel. And that is the action of the leader and a member of a church called Action!