DECEPTIONS AT ITS HIGHER ORDER!!!! 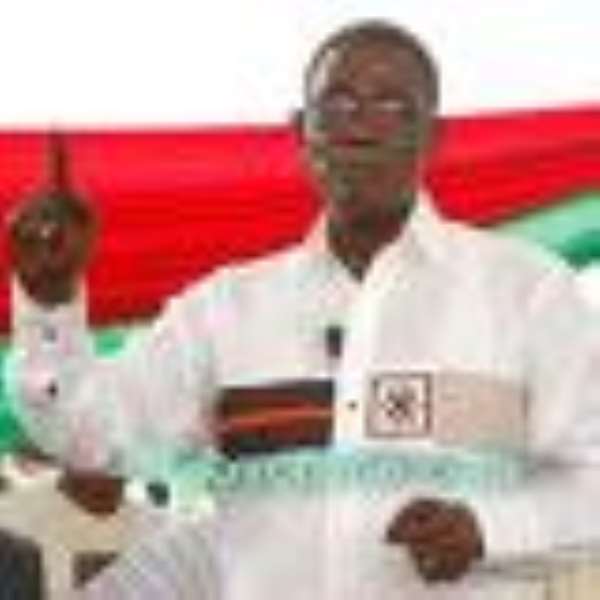 DECEPTIONS AT ITS HIGHER ORDER!!!!
By: Joe Noutoua Wandah
As the clock click minute by minute on former president Laurence Gbagbo of the Ivory Coast by the African Union, Ecowas, United Nations and the international community with all of the bodies repeatedly indicating that Mr. Gbagbo must leave by all cost in order to give way to the elected President Alassana Quattera that is besieged at the international Gulf hotel in Abidjan.

Indeed, one of Africa's most respected specie when it comes to its unbalance political playing field in person of Ghana President John Atta Mills who is highly respected in the Continent has been very blunt on the Ivorian saga betraying the joint efforts by the African Union, Ecowas and the international community of backing off from the agreed join communiqué.

The join communiqué spoke of the concerned grouping exhorting every efforts in making sure that the will of the people of Ivory Coast prevail as per the November elections that saw President in waiting Allanssana Quatterra clearly winning the poll in its second round with a convincing margin of 54.3 percents of the total vote count as declared by the election commission of the Republic of Ivory Coast.

This most respected African state man John Atta Mills told his Country men and women that Ghana will not part take in the legitimate force that will be the last option in getting Mr. Gbagbo former president of the Ivory Coast that has refused to listen to the voices of reasoning that agreed to give him access to his ill-gotten wealth accumulated in the passed ten years of misrule and exile in the United states along with his family and closer confidents!

He told the world that Ghana is not clothed with the responsibility to choose leader for the Ivory Coast, his country is over stretched due to her many peace keeping missions around the world including the very Ivory Coast.

Amazingly President Mills indicated that about million plus Ghanaian reside in the Ivory and committing troops there to buttress the efforts the A.U,Ecowas ,the international community and the United Nations will mean leading his fellow Ghanaian to the slaughter house!

Ghana always been part of the many meetings organized by Ecowas in recent passed and if she had such concerns about her citizenry that number up to million plus in the Ivory Coast why she has not spoken to the decision making body of the special session but to agreed to their decision but to in the eleventh hours withdraw from the whatever decision the regional body has concluded on!

Ghana indeed, served as one of the contributing nation when Liberian were killing themselves despite the thousands of Ghanaians that were living in Liberia at the time but decided to move in because the innocent were been slaughtered as the case today in the Ivory Coast! And more importantly the then governing party National Democratic Congress (NDC) were the very party in that steering the affairs of the people of Ghana under the stewardship of the President John Jerry Roland!

This type of deception, has find it way in almost every part of the African political setting even with the so-called understanding that Ghana is properly dispensing democracy in its totalities and to the utmost surprised of the West African dwellers another tyrant is been shield by Ghana that is thought to be the credo of Sub-regional democracy!

Critics has indicated that, the unfolding event in the Ivory Coast is the making of some members of the very Sub-regional body as has been manifested by the utterance of a key player in the Sub-region that most dwellers of the Continent look up to for directions and decisions making!

If the Sub-region is to get do away with tyrant the heads of states that make up the regional body must be willing to abide by decisions concluded by their special session. And moreover, they must not waste the time of their various citizenry with deceptive meetings that often yield no absolute result as with the case of the Ivory Coast!

What the difference today in the Ivory Coast as compared to that the one that took place in Liberia that claimed thousands of lives and properties destroyed? Is the Ivorian situation far difference and better from the Liberian scenario of which the then leader was asked by their very regional body to leave and he succumbed and left for refuge in Nigeria?

President Mills has betrayed the cause of the bodies concerned with the Ivory Coast and as such the role to lasting peace and transition of political power will be far fetch no matter the pressure put the former president and his trigger happy lunatic plus the mercenaries and soldiers of fortunes that has converge on the city of Abidjan in their bounty hunting!

The United Nations, America and Europe must act now as this is not unique to South America alone but must happen here as the American intervene in the Panama and the rest to bring sanity to the people of that part of the world and indeed Ivory Coast stand ready for the same in order to restore peace to the suffering masses that are the direct victims of this madness supported by would be African democrat!


It can be recalled that a Burkina daily newspaper two weeks ago reported the president of Ghana was backing his neighbour despite signing an ECOWAS resolution threatening to use military force against Mr Gbagbo.

The L'EVENEMENT alleged in its Christmas Day edition that Accra was being used as a base for Gbagbo's fighters and that three Angolan fighter jets had been positioned in the Ghanaian capital to go to the aid of the embattled Ivorian president, accusations president Mills flatly denied.