Can our journalists uphold the truth? 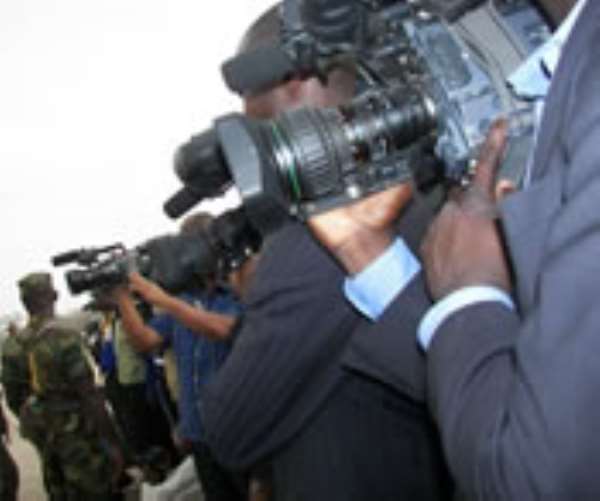 The issue of ethical decision is one subject that has dogged societies both past and present — from the Ancient Greeks to the postmodern thinkers — and the myriad of professions there are today —from Archeology to Zoology. The practices of journalism and communication are, thus, not insulated from some of the ethical questions that confront all other professions. Consequently, the issue of truth is very central to the practice of journalism. Truth is so fundamental to the practice of journalism to the extent that all other essential considerations—for example, reliability, accuracy, independence, equity, tenacity, and fairness, among others—are cumulatively and intricately linked with it or revolve around this central tenet.

The importance of truth in the practice of journalism stems from citizens needing accurate and reliable information in order to make sensible decisions in a democracy or to make them free and self-governing; and the provision of this sacred information should be the ultimate consideration of the journalist (Singer and Friend). Hodges (1994) argues that the truth is of overwhelming importance in a democracy, as knowledge is essential for responsible citizenship. It is in the public interest to know anything about officials that might affect their wielding of power or their discharge of public trust. This includes everything—their health, leisure activities and marital conditions. This may not be limited to only public officials, but there are limitations to what is publishable about private individuals.

Therefore, if a journalist sees his/her primary duty as that of informing the public, she will place a high value on truth telling and tenacity in the pursuit of story, etc. Journalism, therefore, has a lofty idea: the communication of truth (Wilkins, 2008). When the truth is compromised, it may affect stakeholders differently within the media, for example, lying to editors, to readers, and to source; all have their implications. But the cumulative effect will be the loss of credibility. This is well illustrated by the Jayson Blair's and Rick Bragg's unethical reportage when they were reporters for the New York Times, making the paper faced a credibility crisis in 2003, which undermined its social trust (Patterson and Wilkins, 2008).

This truth can only be guaranteed when the press is free and independent from government censorship. While this age-old assumption still hold true in practice, there are other emerging issues which pose serious threats to the issue of truth. The conglomeration of news business threatens the survival of the press as an independent institution, as commercial considerations turn to override the need to report what is truthful and accurate (Kovach and Rosentiel, 2007). If corporate influence is allowed to usurp the ethical requirement for truth in the news media by shortchanging it with monetary consideration for advertisers, the fearlessness the importance for the truth evaporates (Fink, 1988).

The politico-legal environment is another obstacle in emerging democracies. For example, the repeal of the Criminal Libel Law in Ghana in 2001, has led to the opening up of the democratic space for free expression, but the inability of the legislature to pass the Freedom of Information Bill still make it difficult for journalists and other important publics to acquire information from government agencies and government officials. In this atmosphere, the fear of obtaining and publishing unreliable information about public officials and the threat of facing the courts implies the truth may be compromised and, for that matter, ethical requirement endangered. Even in a developed democracy such as United States, Andrew Tyndall pointed out how difficult it is sometimes for journalist to present a dissenting voice, using the reportage of the Iraq war to illustrate his point—the result is that the “official truth” becomes the received truth, and only the bravest journalist dared depart from it (Patterson &Wilkins, 2008).

Similarly, citizen participation in creating the news in online media raises issues of accuracy and all the ethical issues that apply in traditional media. Since the Internet has disassociated journalism from geography, content is now globalized across regional and national boundaries. Observation of ethical requirements becomes more difficult where abuses occur. It is for the foregoing reasons that journalists in contemporary times must understand the foregoing issues which envelope the environment in which they practice.

Zeroing on health reporting, there are myriads of issues in health reporting that hinges on important ethical matters bordering on privacy and confidentiality, as one strives to let the truth prevails in a news report. One of such issues is the issue of HIV/AIDS and reporting on other wider health related issues. The ethical issues enveloping HIV/AIDS reportage can be examined from multiple levels. Whereas Hodges (1994) considers any significant harm to the individual to outweigh the public benefit for information in every imaginable case, some aspects of HIV/AIDS reportage do not easily lend themselves to this ethical consideration. While it is ethically appropriate to seek the permission of the individual who is living with HIV/AIDS before invading his/her privacy in a news report, the same ethical requirement might be problematic in some cases. For example, there have been instances where individuals knowingly conceal their HIV/AIDS status and infect others with the disease. When this happens, the question of protecting that individual's intimate circle becomes compromised and the need for permission to publish information about them may be compromised as well, since the public needs to know the truth about the individual and his/her activities (justice).

At another level, ethics enjoins the journalist to publish what might be considered private information in reporting on public figures, especially if their private activity might significantly affect their performance of duties to their publics (Hodges, 1994). The South African President, Jacob Zuma's sexual escapade with a woman living with HIV comes to the fore. Whereas ethical requirements on the part of journalist to publish information which is of great importance to the public on the likes of Zuma is unwavering, as a result of their public figure status, the pitfall of lumping Zuma and his victim in a report is an ever-present danger and an ethical consideration for the journalist. The public figure status of Zuma does not intrinsically extend to his victim who is a private person. An examination of BBC news coverage of the issue upheld this ethical consideration by not revealing the name of the woman, whereas other media houses failed to abide by this consideration.

Leading on from the above, the claim by the Gambia leader to have discovered a cure for HIV/AIDS, and the denial of the scientific connection between HIV and AIDS by the former South African leader, Thabo Mbeki, are both of public interest, especially when HIV/AIDS and its related issues are both local and international in their dimensions with policy implications within their countries. The requirement on journalist to publish the truth in these high-profile cases may compromise their safety and, as a result, the fearlessness with which journalists are supposed to approach issues may be wanting. It is even more so in a despotic environments like the Gambia. The hanging of the journalist and activist, Ken Saro Wiwa in Nigeria in 1995 when he challenged the Nigerian government on issues of environmental degradation and its effects on the health of the people is an example of how the political environment can undermine what is feasible with regard to publishing the truth.

Similarly, reporting on the ill-health of high profile public figures like President Umaru Musa Yar' Adua of Nigeria and the current Ghanaian President, Evans Atta Mills, who are both known or suspected to be battling ill-health may also place the journalist in a dilemma (no harms intended). Reporting the truth might be difficult. First, as the trend has been, those around these high-profile individuals including their physicians tend to be elusive about the health status of their paymasters. It is therefore difficult to get the accurate information on these individuals to feed a curious public. The fear of legal ramifications ensuing as a result of inaccuracy from a report has the potential to dampen the ethical consideration for the truth (But it is definitely not when a journalist visits fraud on these people, by publishing what is a damaging falsehood on these individuals to appease an invisible paymasters. I shall revisit this issue in subsequent articles).

The point is that diligent journalism resides in the understanding of the wide spectrum of issues with regard to making ethical decisions and getting the truth to the public. This requires an effort at the personal level to learn from what others have written and experienced in practice (Patterson and Wilkin, 2008). It also requires the unfettering of the institutional strictures—editorial restrictions and manipulations, and the politico-legal environments—which will guarantee independence of thought and the exercise of personal conscience. Finally publishing the truth also requires knowledge of subject matter. The presumable gulf between research in academia and the praxis of journalism implies that, sometimes, journalist lag behind in reporting what is current and, for that matter, the truth. It, therefore, behooves the Ghanaian journalist to be abreast with current research findings in the area of health in order to report what is current and truthful.

It must however be recognized that the ethical decision in journalism is a journey and never a destination, as the frontiers of journalism expands and incorporate new dimensions to the practice, the wordsmith must learn to be abreast with the requirements of each epoch.

Kovach, B. & Rosantiel, T. (2007). Th elements of Journalism: what newspeople should know

Visit the African Messenger at:
http://theafricanmessenger.blogspot.com/2010/04/can-our-journalist-uphold-truth.html