Plea of soldiers thrown out in trial of Mobilla's alleged killers 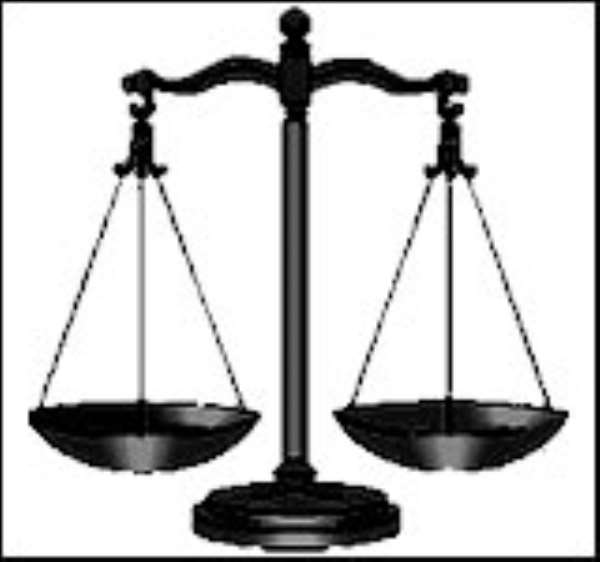 
The Court of Appeal Monday declined to stay proceedings in the criminal case involving two soldiers who are standing trial at the Fast Track High Court for allegedly murdering the Northern Regional Chairman of the Convention People's Party (CPP), Alhaji Issa Mobilia.

The soldiers - Corporal Yaw Appiah and Private Eric Modzaka - appealed against the Fast Track High Court's refusal to allow them to have access to the full list of the potential jurors who would be selected to decide their fate.

They also filed an additional motion for stay of proceedings in the criminal trial instituted against them by the state pending the outcome of the appeal.

However, the Court of Appeal, presided over by Mr Justice R. K. Apaloo, with Mr Justice S. K. Marful-Sau and Mr Justice K. A. Acquaye, unanimously held that they did not believe the application for stay of proceedings ought to be granted because it was not supported by law or practice.

The court also held that the applicants were unable to demonstrate the exceptional circumstance by which a stay of proceedings could be granted.

It, therefore, held that the motion was without merit.

The court gave its ruling after Mr Thaddeus Sory and a Chief State Attorney, Mr Edward Agyemang-Duodu, had argued for the applicants and the state, respectively.

Mr Sory had told the court that his clients would suffer irreparable loss if it did not grant the application.

He said his clients' rights would be infringed upon if the court did not stay proceedings in the court below and a biased juror was enpanelled to decide their fate in the long run.

Opposing the application, Mr Agyemang-Duodu argued that the soldiers' application was without merit and ought to be dismissed because they had not exhibited the exceptional circumstance for which their motion should be granted.

He said the soldiers had not exhibited any statutory provision under which they had the right to be given the list of potential jurors.

The court, after hearing the arguments from both sides, wrote its ruling and delivered it some few minutes later.

The soldiers were present in court.
The Accra Fast Track High Court had, on December 17, 2009, refused a request by the two soldiers to have access to the full list of jurors on the grounds that their request, if granted, had the potential of influencing or intimidating the potential jurors.

The court also reminded the accused persons that they had the right to challenge the jurors after they had been empanelled and were about to be sworn in.

The court is yet to give its ruling on whether or not to grant the state's request for jurors in the case to be confined throughout the trial.

The two soldiers are alleged to have acted with Private Seth Goka, who is currently on the run.

The facts of the case are that Alhaji Mobilla was arrested by the police on December 9, 2004 for allegedly supplying the youth in Tamale with guns to foment trouble.

While he was in custody, the police received information that his followers and sympathisers were mobilising to free him. The deceased was consequently transferred from police cells to the Kamina Military Barracks and handed over to the three accused persons.

According to the prosecution, Alhaji Mobilla died three hours after he had been handed over to the accused persons who were on duty that day.

The chief pathologist's report revealed that the deceased had been sent to hospital dead and that he had died from multiple wounds.