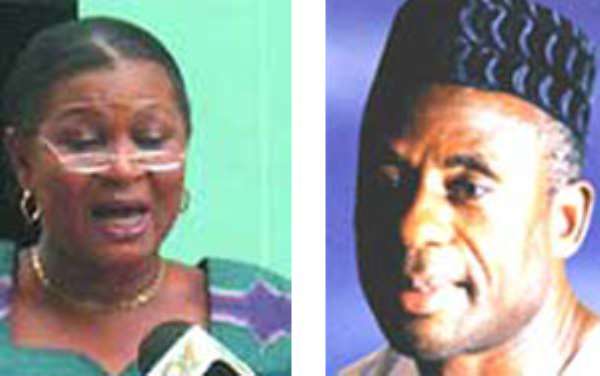 Section 25 of the Minerals and Mining Act, 2006, (Act 703) says: “A holder of a mining lease, restricted mining lease or small scale mining license, shall pay royalty that may be prescribed in respect of minerals obtained from its mining operations to the Republic, except that the rate of royalty shall not be more than percent or less than percent of the total revenue of minerals obtained by the holder.”

The government's resolve therefore, to change that order, and maximise revenue from the sector, as part of its revenue mobilisation programme indicated in the 2010 budget statement, has set the tone for yet another head-on collision with operators in the mining industry, as there are fears of a possible breach of the investment agreements the country has reached with these mining companies.

The price of gold has been soaring on the world market, and there have been concerns that Ghana might be losing out on this gain, if it does not step up or review the royalties mining companies pay government, as the commodity has hit a new all-time high of $1,173.50, boosted by a weakening dollar

But, Newmont Ghana, for example, in its investment agreement with the government of Ghana, categorically sets royalties the company pays government at 3%, and is exempted from the payment of custom and excise duties and Value Added Tax (VAT).

The end of the comfort zone days for the mining companies seem to be in sight, as the Minister of Finance, in his recent budget presented to Parliament, hinted that the government would increase the minimum mineral royalties to 6 per cent, and in addition, engage all mining companies to address the issue of dividend payment, exemptions, and the whole mining sector fiscal regime.

Such exemption regimes, according to the budget, have tended to erode the tax base and undermine the effective progressivity, fairness and efficiency of the tax system.

According the Deputy Minister of Finance and Economic Planning, Seth Terkper, despite the enormous contribution of the mining sector to the economy of the country, the government intends to “grandfather” certain provisions that the government has had with the mining companies.

“In taxation, for example, there is something called 'grandfathering', under this, if you see difficulties in applying certain agreements, as a result of investment promotion, it doesn't mean you should continue with it. We want to change the policy as it applies to new entrants into the economy, and it would be done in consultation with the mining companies, so it does not bring any problems to the sector,” he said.

Mr. Tekper gave these details at a session with the Institute of Financial and Economic Journalists (IFEJ) on the 2010 Budget. Touching on key areas of the budget, such as revenue mobilisation among others, Mr. Tekper mentioned that the government would continue with fiscal reforms initiated this year, together with the introduction of new measures expected to strengthen the conduct of fiscal policy.

These reforms, according to the budget statement, are expected to strengthen fiscal management and support the public sector transformation. In the fiscal area, the focus will be on strengthening institutions, enhancing revenue mobilisation, and improving expenditure management.

Also, the government intends to continue with the reform of the tax system in the medium term, with the view to plugging loopholes, reducing tax evasion, and fairly taxing rents from natural resources, to make the tax system more efficient and less dependent on indirect taxes.

According to the budget statement, new taxes and levies will be introduced to establish the right prices for natural and environmental capital, thus generating more government revenue, while providing the right incentives for reducing environmental degradation.