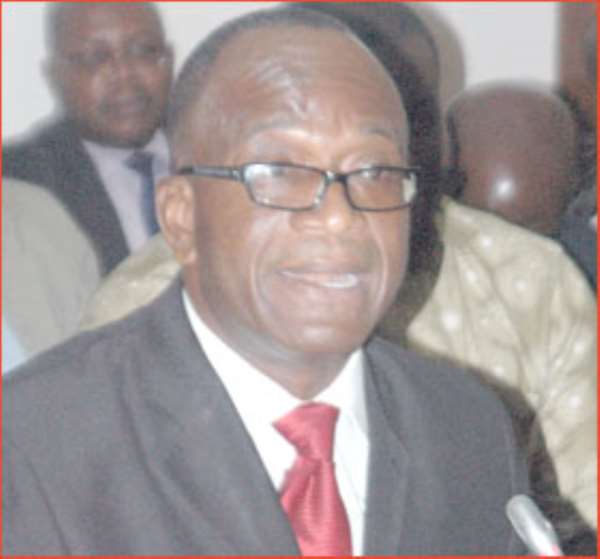 THE MANAGEMENT of the national carrier, Ghana International Airlines (GIA), has described as shameful, discouraging and disappointing, the use of other airlines rather than the national airline for official travels.

The management says such negative practices by government officials and other civil servants had not only discouraged otherwise patriotic Ghanaians from using the airline, but also contributed immensely towards the improvement of other airlines as against the GIA.

The Chief Executive Officer (CEO) of the GIA, Gifty Annan-Myers made this known in an interview with DAILY GUIDE in London.

She said the act sends very wrong signals not only to Ghanaians; but also to the entire travelling world.

“If you own an airline and pay another airline for services that your airline can provide better, then what is it?” She enquired.

“I believe those in authority who seemingly may do not have confidence in their won airline and therefore do not patronize it can help to develop it to the standard they want and use it, so I don't believe it is a matter of confidence, but rather something else.” she noted.

Mrs. Myers said the GIA is doing better than almost all the other airlines that ply the Accra-London route in respect of safety, comfort and reliability.

She said for instance the airline chalked 85 percent punctuality last year this year, adding that none of the airlines on the route came near.

She revealed that GIA was first at the Kotoka International, Gatwick and Dusseldorf airports in terms of punctuality for the better part of last year and till now.

“If the huge sums of money use on official travels was used on the GIA it will go a long way to help boost the airline's finances as well as encouraging other people to patronize it,” she noted.

According to the CEO, many developed countries like the United States of America, the United Kingdom among others, have it as not only a policy but “also in fairness and by way of patriotism use their national carriers on official travels.”

The CEO who has been in office for some years now could not remember the last time any government official booked with the national carrier.

She also described as a myth the notion that the government provided monthly subvention of $1.5 million to the airline, explaining that “the amount comes to us as and when.”

Mrs. Annan-Myers noted that “it was after the decision to withdraw the subvention that government promised to provide 1.5 million dollars for the rest of the year but nothing has been received for October.”

According to her, GIA does not owe any organisation or individual.

“The money it owes was to the majority share holder which is the Ghana government and they chose to put their money in the company,” she added.