Are Nigerian Ministers insecure and envious of Ghana? 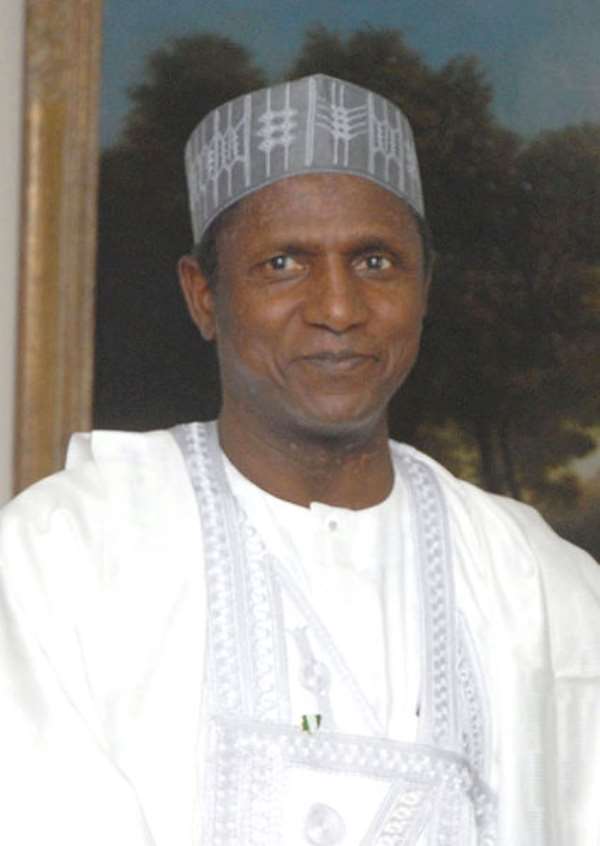 What on earth could have compelled some Nigerian government officials to make such unguarded and reckless statements about another sovereign country as was reported by Ghana's high commissioner to that country? While it may be considered ok for one country to compare itself to another, it does not necessarily suggest that any country could run down another with cheap comments.

The Political elite of Nigeria should tackle the obvious image, economic as well as Political crisis they are creating in that country. I can guess that the issues that might have misguided the ministers to make such unwarranted utterances could be the growing and constant reference to Ghana by Nigerians and the world over on the rapid economic and political gains the smaller country continues to make. But such utterances would certainly not put food on tables in Nigeria nor provide the much needed security Nigerians earnestly yearns for.

How secured do people feel in Nigeria compared to Ghana? What is the import about the size of a country's army or security force if it cannot provide basic to adequate security for the inhabitants? Assuming that the Ghanaian army is as small as the Nigerian defense Minister alleges, what does it say about the efficiency levels of the huge Nigerian army or security forces? It is a fact that more criminal cases go unresolved in Nigeria - neither are the culprits arrested nor tried - than it happens in Ghana.

Even with the alleged smaller numbers of the Ghanaian army, it is worth noting that most crimes committed in the country are resolved. But even when suspects are apprehended in Nigeria, compare the inhumane treatment meted out to them in the name of interrogation in Nigeria to the situation in Ghana. What does it say of the human rights record of the Nigerian security? A very recent one that comes to mind is the treatment meted out to the Boko Haram Sect leader in Northern Nigeria where the suspect was raided with bullets while in Police custody after recording him make confessions on video!

I dare to say that knowing Nigeria's record with human rights inquiry, nothing will come out of the investigations into the conduct of the police in that matter.

It may also be very important to note that the size of a security force does not matter so much as to the conduct or professionalism of the force. Hence, one of the immediate concerns of former President Obasanjo and his Defense Minister Danjuma in 1999 was the Professionalization and a reduction in size of the Nigerian army to the strength of 50,000 persons. Also, I am certain that Defense Minister Godwin Abbe of Nigeria is very much aware about what constitutes the size of a brigade in the army.

According to www.gruntsmilitary.com/brigade.shtml, a Brigade is a significantly large unit, consisting of between 1,500 and 3,200 soldiers that can be employed on independent or semi-independent operations. Unless the Nigerian army has another definition for its brigade, two brigades would at most be equal to 6, 400 soldiers. But the strength of the Ghanaian army is far in excess of that.

Even though most countries do not easily give out the exact size of its security force, am sure that the Honorable Defense Minister did not come to Ghana to do a head count of the Ghanaian army. Indeed, if he had patiently checked on the CIA fact book website, he would have been better informed on such matters! The Minister should be more concerned about the unresolved political assassinations, unrest and unabated kidnappings that thrive under his nostrils!!

He presents himself as ignorant when he goes off with statements like the volume of water generated in the whole of Ghana is not enough to flush toilets in Lagos alone. Does the minister know the number of homes that have water closets in Lagos and indeed how many people that have access to potable water in his country? Is he forcing to make the excuse that his government cannot be blamed for poor water supply in his country compared to Ghana simply because Ghana is a smaller country?

Also that Ghana does not experience strikes with its teachers simply because Nigeria is bigger and has more teachers to pay salary? That argument Mr. Minister is neither here nor there. Is the minister not worried about the vulgar pegs and allowances his colleague politicians claim at the expense of the poor masses in Nigeria? What should America, China, Brazil and Japan also say because they equally have huge populations and yet don't experience the level of unrest that occurs in Nigeria?

On the uneducated statements attributed to Education Minister Sam Egwu, it is most regrettable that such can come from a man of his prominence. The Minister should concern himself with how to ensure;

That students get their certificates immediately upon completion of their program as it is in Ghana,

That students are able to access their results online as it is in Ghana,

That students move about freely in safety on campus at any time without fear of attack as it is in Ghana,

Complete application, admission and registration processes online as it is in Ghana,

Prospective Students make and receive prompt responses online with the University as it is in Ghana.

The quality of a University education cannot be entirely judged by the numbers or volumes of lecturers alone but more of the quality and strength of its faculty as well as the conducive learning environment the University provides. And in this regard, I dare beat my chest that Nigerian Universities will pail and rank poorly when compared to Ghanaian universities.

Has the Honorable Minister bordered to ask himself why parents and students from his country are increasingly trouping to Ghana as a destination of choice for education? Nigeria is not alone in this regard. New York Universities and several others from America and Europe have permanent residential facilities for their students in Ghana. It may be worth noting by the Minister that the University of Ghana alone has about 40,000 students and is ahead of schedule to provide residential accommodation for all these in the next 4 to 5 years. University of Ghana makes about US$ 4 Million yearly due to foreign students alone!

This same University can boast of about 2000 Nigerian students and some 3000 from elsewhere. These figures do not include what we have in the other Public and Private universities.

And on the issue of lecturers, I dare challenge Minister Sam Egwu to publish the figures so we can compare. Like the Ghana High Commissioner said, the sheer physical size, infrastructure and student's population of Ghana's public universities can compare favorably and indeed surpass the best from Nigeria. The Nigerian Political elite may not have realized the value of education to its developmental agenda and hence can afford to gamble with the fate of thousands of university students and that of University lecturers in the face of incessant strike actions. It's no wonder Nigerian parents who can afford Ghana's quality education rush to bring their wards where they can easily plan and know the exact year of completion of a program in the absence of strikes. The minister may also want to check these websites to follow developments in 3 of the 6 public universities in Ghana.

It should be of particular interest to all of us what might have propelled these sudden outburst and choruses from the honorable ministers. Could it be intense pressure from Nigerians who visit and read about positive developments in Ghana but are not satisfied with what their leaders are doing? And in response, these ministers out of their sources attempt to trivialize these developments in Ghana?

What could have pushed Information Minister Dora Akunyili to say that the whole Ghana is not even up to the size of Lagos? Was she talking about physical and geographical size or population? Well, the fact is that, whichever index she was using could not have been right.

Compare the Physical size of Ghana; 23, 854 sq km to Lagos state; 3,577 sq km. Ghana is to conduct another census next year but population estimates puts Ghana's population at a conservative 23 million people compared to Lagos states 16 million inhabitants. So where is the basis of Dora Akunyili's comparison? But even if Lagos is bigger than Ghana, so what? Does that solve the obvious over population status and attendant problems of the state? Hell no!

Minister Akunyili should tell Nigerians how far she has reached with her re branding of her country's image. Are Nigerians treated any better now than before at foreign airports and countries? How much has her ministry spent on the exercise and how does the amount compare to the benefits if any?

To quote the Ghanaian high commissioner, “Our concern really is that such reckless and unguarded comments could have grave implications for bilateral relations and derail efforts by leaders of the two countries to forge strong bilateral ties. We think President Umaru Yar'Adua should call his ministers to order. The Ghana bashing must stop! Ghana is a well-respected member of the international community, and deserves respect from Nigerians, particularly top government officials.”