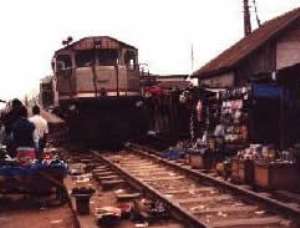 
Transport Minister, Mike Hammah, says about $90 million the Kufuor administration claimed to have allocated to the railway sector cannot be traced.

Last year, when rail workers went on strike, the Kufuor administration said the amount had been voted for the rehabilitation of the country's rail transport system.

Government announced that a whopping $90 million has been voted to rehabilitate the railways.

Mr. Hammer told railway workers in Takoradi that he has studied files and accounts of the ministry for months but he is unable to trace the money.

The minister made this known when he met workers of the Ghana Railway company in Takoradi.