Dual Citizenship – Part 2 –-Who Does Not Qualify? Citizen by Birth or Citizen by Registration? 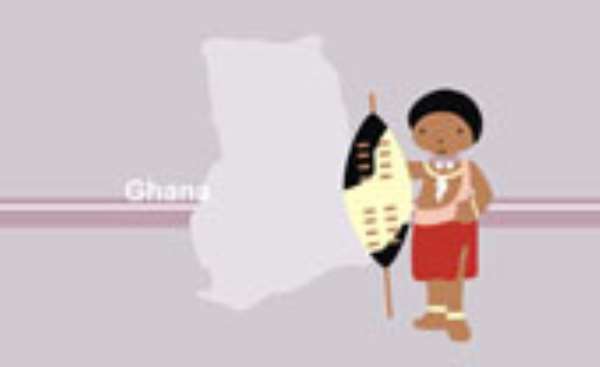 In Part 1 of this series, we highlighted a distinction in Ghana's Constitution between Citizen by Birth and Citizen by Registration. This is not unique to Ghana. Most constitutions make similar distinctions to underscore the enduring nature of “attachment by the umbilical cord” versus “attachment by accommodation”. The latter can be more easily revoked and may come with restrictions. In the attempt to sort out who is the target of the limitations in Ghana's Constitution and the attendant Citizenship Act of 2000, it is necessary to keep these distinctions in mind.

Article 94 (2) (a) of Ghana's 1992 Constitution states:
“A person shall not be qualified to be a Member of Parliament if he – owes allegiance to a country other than Ghana.”

Here is the critical question- which of the two classes does this exclusion refer to - Citizen by Birth or Citizen by Registration? Before you rush to say BOTH, let us step back to revisit the logic of the Constitution that would lead to this limitation that by itself is also not unique to Ghana. It is the lack of clarity that is in question.

Read carefully the language of the 1992 Constitution on the loss of Ghanaian citizenship by the two classes.

Even if the expression “other than Ghana” is found in both the immediate loss of citizenship in Article 3 (1) and the exclusion from becoming a member of parliament in Article 94 (2) (a) note that the exclusion refers to “A PERSON” and not A CITIZEN OF GHANA”. Lest this sounds like splitting hairs the immediacy of stripping a Citizen of Ghana of his/her citizenship upon the taking of another country's citizenship, is so strong that the same Constitution cannot contemplate the same stripped-citizen as also qualifying to be a member of parliament. In other words, you cannot both ban someone and also exclude him or her. Only those who are counted IN can be deemed to NOT BE QUALIFIED. The force of the language of “cease forthwith” is tantamount to a ban on Ghanaians by birth who dared take on citizenships of other countries. When one reflects on the political climate in Ghana when this constitution was deliberated we remember that Ghana was under military rule in 1992. We can better appreciate the meaning of the concept of “ban” as conveyed by “ cease forthwith”

While we are at this, notice that Article 3 (1) says absolutely nothing about “owing allegiance.” Again, under a totalitarian rule, who cares about allegiance if the person has been stripped and banned? So who is the exclusionary language in Article 94 (2) (a) referring to? Keep reading and decide for yourself.

Notice the use of the specific subject “A PERSON”. Also notice that unlike the Citizen of Ghana by Birth who loses his/her citizenship forthwith, the citizen by Registration is given time to effect renouncing his/her original citizenship to which they owe allegiance; and time to take an oath of allegiance for Ghana. It appears that there is an indefinite grace period for the Citizen by Registration to complete the process of becoming a Ghanaian. But what happens when such a person in the intervening period decides to become a member of Ghana's parliament? Bingo! In my studied opinion, it is this Citizen by Registration-in-progress who is the sole object of exclusion of Article 94 (2) (a). Because they have not completed the processes of becoming citizens of Ghana, they owe allegiance to countries other than Ghana; and it would make sense that a non-Ghanaian should not be a member of the Ghana's parliament. You will soon see that the Ghanaian by Birth is always a Ghanaian unless they have renounced this right in writing.

Citizenship Act 2000- Act 591
The same military leadership that wrongfully “de-citizened” Ghanaian Citizens by Birth became a civilian regime on January 7, 1993. Looking to change its image it reached out with promises of citizenship to draw Africans in the Diaspora as investors to Ghana. The result was a need to amend the citizenship laws and correct some of the anomalies. Thus was born the Citizenship Act of 2000 (Act 591) promulgated by the NDC regime under Jerry Rawlings on December 29, 2000 and enacted into law by Regulation in July 2001 by the NPP regime under John A. Kufuor.

The Citizenship Act 2000 maintains the distinction between Citizen by Birth and Citizen by Registration. It addresses the precipitous loss of citizenship with a simple statement:

Member of Parliament
Act 591 chose to leave intact Article 94 (2) of the 1992 Constitution by simply saying
“Without prejudice to article 94 (2) (a) of the Constitution...” Does this mean that everything that we have noted that the provision did not have Ghanaians by Birth as the target continues to stand as well? Does the restoration of citizenship to Ghanaians by Birth mean that they have full restoration of all rights and privileges in the Constitution such as voting, paying taxes, serving military duty and becoming members of parliament? The passage of ROPAA that allows restored Ghanaians Living Abroad to vote says yes to this question. Where is the emphatic statement that unless someone has gone through the process of renouncing their Ghanaian citizenship and documented such act with the Ministry of Interior, they are not considered to ever be non-Ghanaian? The Citizenship Act 2000 is crying for an amendment to resolve these lingering questions. That is not unusual as several countries have many dated Citizenship Acts as the dynamics of development and migration are recognized for the countries' benefit. Was Dr. Samuel Amoako wrongly compelled to renounce his US Citizenships in order to contest for a seat in parliament given that he is a Ghana Citizen by Birth and has never renounced his Ghana citizenship as required by the operating law? I think so. What do you think? By the way, the Constitution of Ghana requires that people who must be Ministers, President and VP must also qualify as members of parliament therefore all the above questions apply to MPs, Ministers, President and Deputies.

Additional Restrictions
Item 16 (2) continues:
“ Without prejudice to article 94 (2) (a) of the Constitution, no citizen of Ghana shall qualify to be appointed as a holder of any office specified in this subsection if he holds the citizenship of any other country in addition to the citizenship of Ghana. These are: (1) Chief Justice and Justices of the Supreme Court; (2) Ambassador or High Commissioner; (3) Secretary to the Cabinet; (4) Chief of Defense Staff or any Service (5) Inspector-General of Police; (6) Commissioner, Custom, Excise and Preventive Service; (7) Director of Immigration Service; (8) Commissioner, Value Added Tax Service; (9) Director-General, Prisons Service; (10) Chief Fire Officer; (11)Chief Director of a Ministry; (13) The rank of a Colonel in the Army or its equivalent in the other security services; and (14) Any other public office that the Minister may by legislative instrument prescribe.”

Wow! I believe that the combination of the two objectives of restoring Ghanaian Citizens by Birth and also extending Ghana Citizenship to our brothers and sisters in the bigger Africa Diaspora led to this unfortunate category of limitations that is actually limitless. My legal colleagues inform me that this unlimited exclusion of restored Ghanaians who have not renounced their Ghana citizenship is unconstitutional because it adds additional exclusions that are not even contemplated in the Constitution. In their view, Citizenship Act 591 gave one and took away far more. Yes a Citizenship Act 2009 is needed and needed NOW!

The 1986 Nobistor Affair meant to overthrow the Rawlings-led...
1 minute ago

Check the dignitaries at Rawlings' funeral
28 minutes ago