WHY AFRICA MAY NEVER PRODUCE A MICROSOFT, GOOGLE, YAHOO OR FACEBOOK. 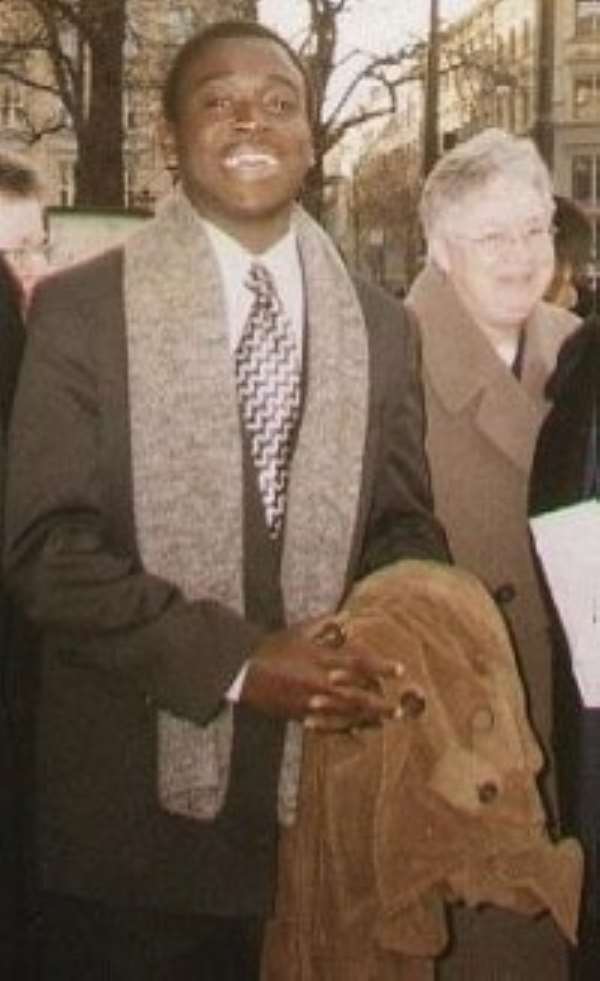 In the book, Randall wrote a chapter that I found very interesting. It was on the issue of financing the businesses of student entrepreneurs.

As Randall noted, several universities in the United States and other more-developed countries of the world are very supportive of student entrepreneurs. Many universities organize annual Business Plan competitions in their Campuses in which students of the University present their business ideas and business plans before a committee of well-established, seasoned and experienced business scholars, analysts and venture capitalists who review the students' prospective business plans. At the end of the day, based on the strengths and prospects of their respective business plans, winners are selected and these winners stand to win cash prizes ranging from $10,000, $20,000, and in some cases, even as much as $100,000 to boost their start-up businesses. Even for those students who do not win these University Business plan competitions, a coterie of venture capitalists scout through the business plan entries, eagerly seeking potential ventures to finance. Many big time corporations eventually spring up from these business plan competitions. Elsewhere, venture capitalists consider Universities the best place to find start-up companies that would be the 'Next big thing.'

But let's take a trip down to African Colleges and Universities. Are there any universities at all which are as supportive of student entrepreneurs as to organizing business plan competitions to fund businesses of students which have mega potential? In the West, universities are eager to support student entrepreneurs in their campuses and even go out of their way looking for students with exceptional business ideas. Due to this kind of support, many big time corporations have sprung up from Dormitory rooms in Campuses from the United States. Apart from the fact that massive corporations are established, the schools where these ventures are established are instantly propelled to world fame. Stanford University, for instance will forever occupy a pride of place among the list of the world's most elite Universities considering that companies like Yahoo and Google sprung up from there.

But how about Universities in Africa- Kenya, Tanzania, Nigeria or Uganda? Where are you going to find venture capitalists in Kenya or elsewhere in Africa who will be willing to swallow their pride and listen to a student entrepreneur who is armed with nothing but a world-shaking idea? All the brightest ideas need not come from the West alone. Truth is, many African students also have potential earth-shaking ideas-maybe even bigger than Google, Yahoo, Dell and Napster (all ventures begun by student entrepreneurs), but they are still waiting to see the light of day due to lack of capital. African entrepreneur students equally have business ideas that can grow into a big corporation, change the world and make lots of money. A close friend of mine in Nigeria once had a crazy technology idea which needed only a few hundred thousand dollars to kick off with. Approaching banks and other so-called 'venture capitalists', he was snubbed extensively, discouraged and told to face his studies. Annoyed and frustrated, he eventually got a study abroad scholarship. Within six months of staying in Canada, he secured the funding he needed, and as I write, his company's value is in the multi-million dollar range. As much as I know, his financiers have had an almost 200% return on their investment in barely twelve months of operation.

And so, will the venture capitalists in Africa please stand up?