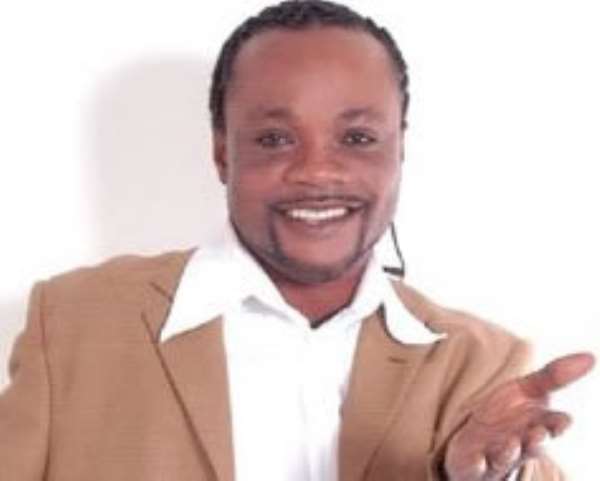 FOR years, Daddy Lumba, one of Ghana's most popular musicians has nurtured the desire to add a machete to his microphone and become Ghana's best musician, as well as the national best farmer.

The famous singer has already won Ghana's Best Artiste Prize (at the Ghana Music Awards 2000) and has now turned his attention to his second challenge, the best farmer award.

He told The Mirror in an interview that his pursuit of the best farmer award had already begun with the establishment of a 50-acre palm plantation at Nkawie in the Ashanti Region.

“My interest in oil palm was kindled by information I found on the Internet about the success story of the Malaysian oil palm industry,” he said.

He added that “the employment opportunities in the oil palm industry, as well as the numerous products we get from the palm fruit encourage me to start the oil palm plantation,” and pointed out that “I hope to be the National Best Farmer one day”.

He said his farming activities were also in response to the national call for the private sector to help find solutions to the country's youth unemployment problem.

Presently, he employs more than 10 casual workers daily, while maintaining a permanent staff of about 15. The singer said he would soon venture into the cultivation of several other crops.

In the last 20 years, Charles Kwadwo Fosu, popularly known as Daddy Lumba, has delved deep into his soul; tightened his vocal chords and poured out a mixed bag of thought-provoking lyrics to produce some of the greatest musical hits in Ghana.

Undoubtedly, his countless musical hits and astute business sense have combined perfectly to seal holes in his pocket.

The prolific maker of hits says it is now time for him to give part of the success cake that the people have helped him to bake over the years back to his fans in particular and Ghanaians in general.

Lumba observes that illiteracy is the worst disease to afflict mankind and “I will spend as much as I can to help eradicate it through the provision of top class educational facilities that will engender sound teaching and learning”.

Indeed, the star musician has already established a students' residential facility, the North Legon Hostel, which is housing students from the University of Ghana, the Wisconsin University College and the Alliance Francaise in Accra.

That initiative, he said, was to help ease the accommodation pressure on students and parents in the country.

His second educational project, a kindergarten-to-junior secondary school facility to be known as the Calvin Memorial School, is under construction and is to be completed and opened by the last quarter of this year. It is sited at Trantra Hills in Accra.

According to the widely traveled musician, the difference between educational standards in countries in the Western World and Ghana is too sharp and all efforts must be made to close the gap “in order to give our children equal opportunities as the kids in the so-called developed countries”.

To this end, he said, the fortunate in society should consider investing in education since, the government alone could not foot the huge bills that education presented.

Meanwhile, the prolific songwriter and singer is out with his latest album titled “Tokromu” (in the cleft) which, he said, was dedicated to the nation's miners who spend hours in the belly of the earth in search of gold.

The album, which is enjoying lots of airplay around the country, provided Christmas party songs for many contemporary highlife lovers. Copies are already on the shelves and selling fast.