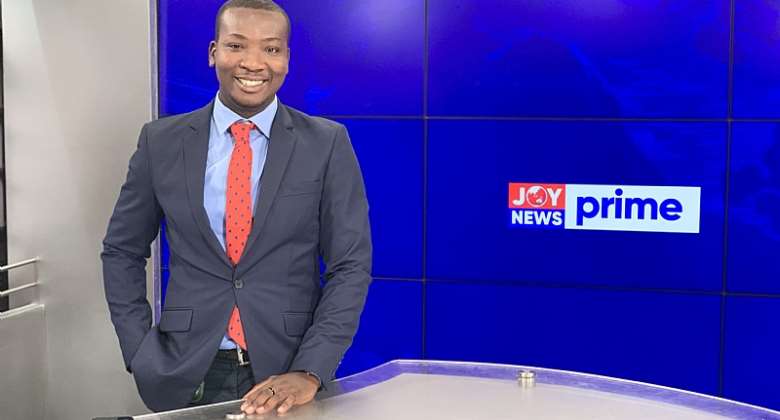 Manuel Koranteng has been adjudged the most promising journalist at the 26th Ghana Journalists Association (GJA) Awards.

Since joining the Accra-based firm officially in 2020, Manuel has been one of the main on-field reporters of the station, covering a wide range of stories in health, security, human rights, politics, sanitation and environment.

Apart from anchoring the station’s weekend TV news bulletins, Manuel has also been a regular on the 6am news on Joy FM.

His award-winning story on a 10-year-old homeless boy who slept rough under the Kwame Nkrumah Interchange with his mentally deranged mother, caught the attention of the public forcing city authorities and officials of the Department of Social Welfare to quickly rescue little Ebenezer.

Eben has since been in care while his mother continues to receive treatment from the mental health facility.

This was for his stellar voluntary work at Radio Univers during his undergraduate studies at University of Ghana, serving as Morning Show Host for over two years.

Manuel has also had international experience working with the BBC in the production of at least two ground-breaking and multiple award-winning documentaries in 2019 and 2020.

The major strides during his rather short stay at the Multimedia have no doubt won him the enviable award of the GJA/Komla Dumor Most Promising Journalist, 2021.

The award was received on his behalf by colleagues at Joy News, Joojo Cobbinah Richard Kojo Nyarko, as Manuel is away pursuing further studies at the University of Sussex, UK