Why destroy Atewa Forest for $2bn when ecotourism can give Ghana $1.1 bn annually? – Environmentalist 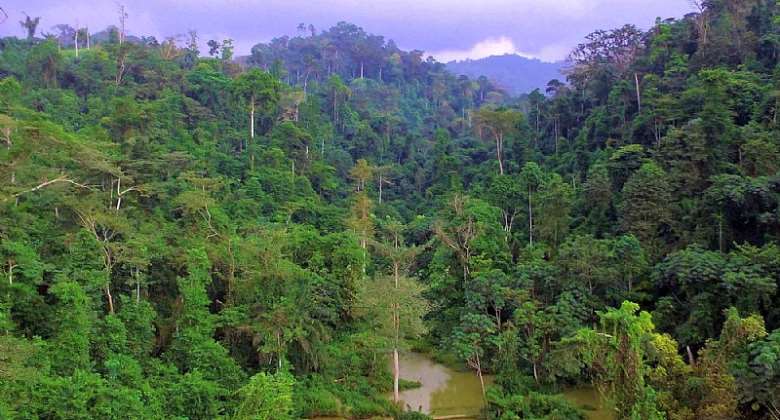 The programmes manager for Tropenbos Ghana, Daniel Kofi Abu has questioned why government is giving away the Atiwa forest to foreigners to mine bauxite in that important forest reserve for just $ 2billion dollars when ecotourism can give Ghana $1.1 billion dollars annually.

He bemoaned the destruction of rivers and water bodies in Ghana through illegal mining activities and warned that if drastic measures are not instituted, water would be imported into the country in some few years to come.

“Trust me, Atewa forest is not even spared and we all know the recent development with the bauxite. We have done extensive studies to suggest that government could make $1.1 billion dollars annually from developing eco-tourism in the Atewa forest instead of giving it out to foreigners for paltry $2billion dollars to mine bauxite and destroy the forest” he mentioned.

Kofi Abu told Alfred Ocansey on 3FM Sunrise Morning Show that the government has not used the right approach for the galamsey fight. That is, the main perpetrators of the illegal mining are not arrested and prosecuted but rather the mere labourers.

“It is unfortunate that in this country we celebrate mediocrity. It is the people we have entrusted with power to take care of our resources that are engaging in the crimes. We have failed to go for the heads; the big fishes that are sponsoring the galamsey” Abu noted.

He called for a collaborative effort of all stakeholders to protect our water bodies and environment as the world marks World Rivers Day.

What again do you have for Ghanaians besides economic theori...
41 minutes ago