After months of wildfire, France told to brace for floods 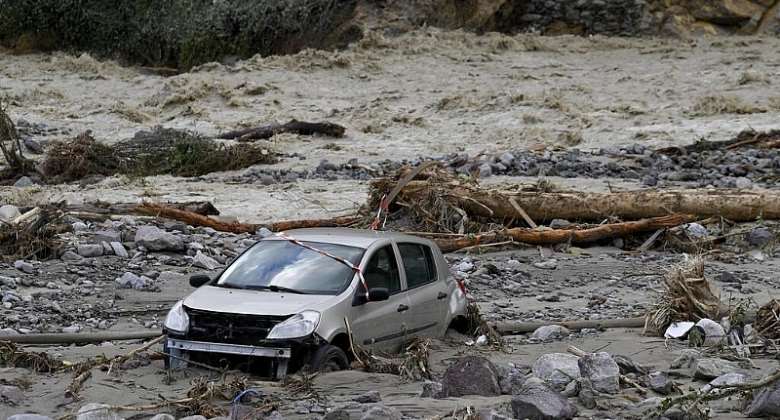 After after almost three months of intense heat and unprecedented wildfires which have destroyed tens of thousands of hectares of forest and land, France's firefighters have warned of impending floods as the autumn rains are due to arrive.

According to the spokesman for France's fire brigade, Eric Brocardi, "it's time to prepare" for the risk of flooding in the autumn.

Eric Brocardi is calling on residents to anticipate the consequences of torrential rains in the coming weeks, particularly around the Mediterranean.

He also warned about the risk of exhaustion of the firemen, who have been working non-stop battling "monster" wildfires over the summer.

It is indeed a paradox: after the heatwave, the risk of torrential rain is emerging.

Eight departments were placed on orange alert for thunderstorms on Sunday by Météo France, warning of a "rainstorm episode".

It is expected that extreme weather phenomena could be more numerous this year with the warming of the Mediterranean due to the intense heat waves of the summer.

The water temperature reached 30°C in the Côte d'Azur town of Antibes in July, which is 4 to 6°C higher than normal.

After the fire, brace for the rain

Such conditions are conducive to the onset of stormy phenomena in the autumn, linked to upwelling of warm, humid and unstable air from the Mediterranean which can generate violent thunderstorms which can sometimes be stationary," explains Météo France on its website.

This is a fairly classic weather phenomenon at the end of each summer (...) But the warmer the water, the more violent this type of episode is likely to be," Caroline Jane Muller, a CNRS researcher, told Le Figaro.

With these torrential rains that could arrive in the autumn, the risk of flooding is never far away.

Meanwhile, the fire brigade – which has been on in the front line of rescue operations – is alerting the population about the risk of flooding.