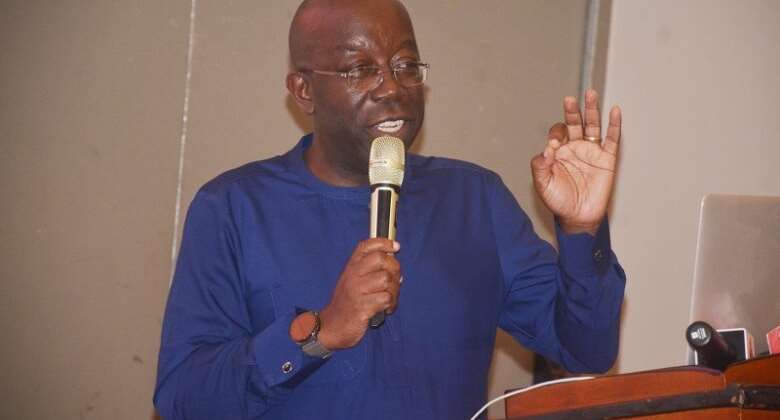 The Social Security and National Insurance Trust (SSNIT) says it will soon embark on a mass registration exercise, especially among those in the informal sector to shore up its membership.

The prime objective is to ensure many Ghanaian workers are enrolled onto the scheme as against the current situation where only 1.7 million out of the remaining millions of the workers are active members of SSNIT.

Dr. John Ofori-Tenkorang, the Director-General of SSNIT was speaking at a day’s forum on pensions in Sunyani organised for workers in partnership with the Trades Union Congress (TUC).

The leadership of TUC and SSNIT have been holding a series of sensitization seminars for workers in the various regions to educate workers about benefits they stand to derive from the scheme as well as the need to plan effectively towards retirement.

The engagements, which have already been held in Eastern, Volta, Greater Accra, Central, Western and Ashanti regions also form part of the Trust’s efforts to improve public knowledge about its operations, clarify misconceptions, improve transparency and accountability and enhance stakeholder support.

He explained the resolve of the SSNIT to maintain accurate pension payroll and only pay “legitimate pension” and would continue to withhold pensions of non-authenticated pensioners of more than 72 years.

Contrary to public perception, Dr. Ofori-Tenkorang described the Scheme as generous arguing that, even though workers contribute 11% of their basic salaries, the Scheme guarantees members up to 60% of the average of the three years’ best salaries and pays them pension for life with annual increments.

He indicated that, currently, 25% of workers on the SSNIT Scheme pay monthly contributions of GHS 55 or less, stressing that, if these workers were to retire on the basic salaries of GHS 500 or less, they would earn a monthly pension of GHS 300.00 as first pension.

The Deputy Secretary-General of the TUC, Mr. Joshua Ansah, entreated participants to take full advantage of the engagement to become better equipped to educate the workers they represent and urged workers to think about retirement, adding that “we must all think about retirement the very moment we receive our appointment letters, because a day is coming when we can no longer work.”

He also suggested that the conversation should shift from SSNIT paying low pensions to payment of contributions on consolidated salaries. “Employers and Labour must engage Government and negotiate for higher consolidated basic salaries to improve pensions. It is the surest way workers can enjoy enhanced pensions”, he opined.

The Bono Regional Chairman of TUC, Brother Alfred Tettey commended the Trust for continuously engaging workers and leadership of the TUC. He urged participants to listen with apt attention and ask questions in order to gain better understanding and clarity of the Scheme.

Mr. Elvis Amponsah, a participant and member of Teachers and Educational Workers Union (TEWU) of TUC indicated the engagement had been beneficial. He said, ‘‘this engagement is a laudable one, however, more of such meetings must be held to get workers to really understand the Scheme and contribute towards securing their future’’.

The Women’s Committee Chairperson for Union of Industries, Commerce and Finance Workers (UNICOF), Madam Paula Yuorbaare applauded the Trust for the continuous engagement with stakeholders. She said, ‘‘engagements such as this help us become better informed about the Scheme so that we can further educate our colleagues as well as other workers to join and contribute to the Scheme’’.

The Social Security and National Insurance Trust (SSNIT or the Trust) is a statutory public institution charged under the National Pensions Act, 2008 (Act 766 as amended by Act 883) with the administration of Ghana’s Basic National Social Security Scheme. Its mandate is to cater for the First-Tier of the Three-Tier Pension Scheme. Currently, the Trust is the largest non-bank financial institution in Ghana.

The SSNIT Scheme replaces part of the lost income of Members due to Old Age, Invalidity or upon the death of a Member, where nominated dependant(s) receive a lump sum payment. It also pays Emigration benefits to non-Ghanaian Members who are leaving Ghana permanently.