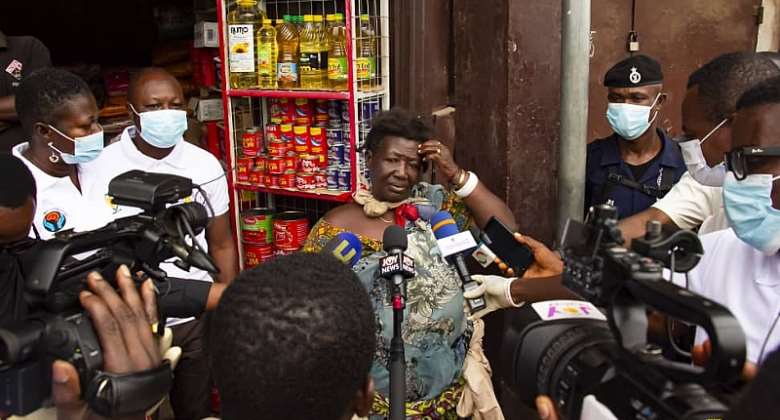 The Willing Ways Foundation Ghana in collaboration with the Ashanti Regional Mental Health Authority under the auspices of the Regional Health Directorate has commenced a project for the removal of destitute, mentally ill or mad people from the streets of the Ashanti regional capital, Kumasi.

This follows series of reports by some residents in Kumasi being terrified and attacked by these persons who have been roaming the streets. The project dubbed ‘Operation remove vagrants from streets’ seeks to remove most mentally deranged persons to the foundation’s constructed rehabilitation centre for treatment and transformation.

On Thursday, August 11 morning, Chief Executive Officer of the Willing Ways Foundation, Madam Lydia Abena Manu together with the Ashanti Regional Mental Health Coordinator Madam Faustina Nuako with the support of some police personnel picked up about 10 mentally deranged women of which two were pregnant from various streets in Kumasi.

Speaking in an interview with this reporter on Thursday, August 11, 2022, Madam Abena Manu described the exercise as tough as they had to spend much time before the mentally challenged persons agreed to go with them to the centre. She added that despite the difficulties, the foundation is not giving up as plans are made to clear the streets.

The Ashanti Regional Mental Health Coordinator Madam Faustina Nuako on her part called on stakeholders and philanthropists in the region to lend helping hands to the Willing Ways Foundation and others since treatment for such persons costs much. She also advised families who have such mentally challenged relatives not to give up on them as mental diseases are curable just as other illnesses.

The Willing Ways Foundation and Rehabilitation Centre since its existence for over a decade has joined hands with the Ashanti Regional Health Service in the rehabilitation of people suffering from alcohol and drug addiction problems. The Foundation has also supported the health service in advocacy, awareness creation and capacity building for students, police and other bodies as far as mental health is concerned.