Nothing about us, without us: Indigenous peoples lead from the front to #endAIDS 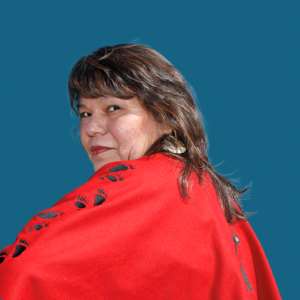 Indigenous peoples are among those in Canada where disproportionately high numbers of new HIV infections occur. Indigenous women are even more represented in those living with HIV. While Canada hosts the world’s largest AIDS conference (24th International AIDS Conference – AIDS 2022) in Montreal, it is facing the heat from human rights’ activists who say its funding for HIV has remained fixed at around Canadian dollars 73 million per year since 2008, while the number of people living with HIV in Canada has gone up by 25%. Though the demand for HIV services has risen but funding shortfall has forced many community-based initiatives to shut down.

Doris Peltier, Community Engagement Coordinator with the Feast Centre for Indigenous STBBI Research (STBBI stands for sexually transmitted blood-borne infections), at McMaster University in Hamilton, Canada, who is among the plenary speakers for AIDS 2022, was in exclusive conversation with CNS Executive Director Shobha Shukla. Doris has been very actively involved with the Indigenous HIV movement in Canada since almost two decades.

“When it comes to HIV and AIDS, the biggest social barrier is stigma. We still have stigma in our First Nations communities and in our Inuit communities. People still believe in some of the myths associated with HIV and so there is still a lot of educating the community that needs to happen,’ said Doris.

She added: “The other big structural barrier is that funding has been incrementally reduced in the last 10 years. All around the world HIV exceptionalism has always been where people are giving priority to HIV and then the funding started to shift and HIV was no longer a priority - despite the fact that we still have many people in our indigenous community testing positive and just when we felt like we were having some successes then the funding got pulled back.”

Globally every country should have ensured that at least 90% of persons living with HIV know their status, 90% of them are receiving lifesaving antiretroviral therapy, and 90% of them remain virally suppressed. Ensuring undetectable viral load translates into untransmittbale (undetectable equals untransmittable) is vital if we are to end AIDS by 2030.

Canada made remarkable progress towards 90-90-90 goals by 2020 but those who were not diagnosed, or diagnosed with HIV but not receiving treatment, or those receiving treatment but not virally suppressed, are likely to come from most marginalized sections of its population – including indigenous peoples. Those most at risk like indigenous peoples must be reached first.

It is not just HIV services that become inaccessible for indigenous peoples due to these barriers but TB services as well.

“Access to treatment for HIV and TB is another issue that has not been addressed at the national level despite the fact that TB is quite high especially in the northern region. TB has now trickled into little pockets within the urban settings and so we are only now responding to it,” said Doris.

“The response of indigenous people to a disease, including HIV, is holistic. When I was explaining the 90-90-90 global goals to one of my elders, he told me that ‘these goals only address the physical part of the disease, and not the mental, emotional and spiritual side of the human being, and that our aim seems to be successful only in terms of the numbers’. I agree with him because we quite often forget the emotional, spiritual and mental side of persons living with HIV or those with TB. We are only interested in the success that numbers tell us,” remarked Doris Peltier.

Covid-19 has brought this to light. Doris explained that, “When the pandemic happened globally, the systems responded to the physical side of it. So they developed the vaccine, which was good. But a lot of people suffered because of the lockdown and the mental health issues resulting from being locked down have not been dealt with yet. Many of the people living with HIV are homeless, which makes survival all the more difficult. Social determinants of health are very multi-layered.”

The Indigenous Services Canada responded to CNS and told us that, “Budgets 2017 and 2018 announced Canadian dollars 640 million over 10 years to address Inuit Nunangat housing needs.”

Speaking on the theme of AIDS 2022, “re-engage and follow the science”, Doris Peltier said: “The theme of the conference is very relevant. I would equate science to our understanding of indigenous knowledge which evolves continuously and there is always something new that it uncovers, just like science which keeps on evolving with new research uncovering something new. And as indigenous people, we feel that the personal experiences that people bring to the table in the form of stories is very important. They form qualitative research which is as important and relevant as quantitative research. So it is very relevant to re-engage with science. And we have to address things in a holistic manner keeping the whole person in mind and not just the physical aspect of the disease.”

We at CNS (Citizen News Service) reached out to the Indigenous Services Canada, which responded: “The Government of Canada has supported Inuit Tapiriit Kanatami through the Inuit Public Health Task Group in the development of the TB Elimination Framework. Funding for TB elimination is allocated to the four Regional Inuit Organizations and the Framework has guided the four Inuit Nunangat regions in developing their own Action Plans, tailored to regional strengths and needs to enhance public health programmes. These regional plans will build capacity within communities to enable earlier diagnosis and treatment of active TB disease and latent TB infection, increase awareness and understanding of TB, and address stigma.”

Indigenous Services Canada further said that it supports and promotes access to equitable, culturally-appropriate testing and treatment for TB, and that the Canadian government is committed to eliminating TB across Canada, including in Inuit Nunangat, as well as improving the social and economic factors that contribute to the spread of the disease, including stigma, housing, nutrition and poverty.

External factors stripped off gains Akufo-Addo gov’t made in...
42 minutes ago