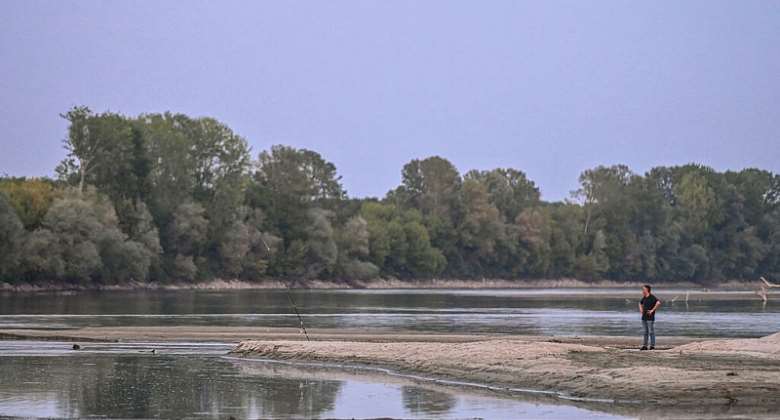 Italy is experiencing an unusual and prolonged heat wave and little rain this summer. Experts say it's the worst drought in 70 years in the country and the government has been forced to declare a state of emergency in five northern regions until the end of this year to deal with the situation.

Emergency funds amounting to €37 million were also announced along with special powers for regional authorities to help guarantee public safety and to offer compensation for agricultural losses.

The heat and lack of rain being experienced, particularly in the Po Valley, are not only drying up the rivers but causing significant concern to the agriculture sector in what is normally one of the country's breadbaskets.

“It's the perfect storm, less than 70 percent of snow in the winter, four months of lack of rain, temperatures three or four degrees higher than the seasonal average,” said Meuccio Berselli, secretary general for the district authority of the Po Valley.

He added that the Po River – Italy's largest fresh water source – is vital for irrigation, just like many of the other Italian rivers and lakes, all of which, from north to south, have been suffering from much less water this summer, raising fears for crops in other parts of the country.

Italy's National Research Council says there has been half the amount of rain this year compared to the average in the last three decades and up to 60 percent less in northern regions.

Coldiretti, Italy's largest agriculture union, has warned that the drought is threatening 30-40 percent of the national seasonal harvest.

Some regions have independently chosen to ration water and taken special measures to restrict water usage for certain activities.

Civil protection chief Fabrizio Curcio said that it cannot be ruled out that in some areas rationing of water will also lead to a temporary closure, even during the day.

He added that close attention is being paid to temperatures and changes in water levels. Authorities do not exclude that state of emergencies may also need to be declared for other regions in Italy.

In a related incident to the climate issues being endured in Italy, a massive piece of Alpine glacier broke off and killed at least 11 hikers last Sunday in the Dolomites.

Experts say melting ice and snow were likely to blame for what occurred on the Marmolada glacier.

"Ice and snow are very sensitive to increases in temperatures, so we expect that these kinds of events will increase in frequency and intensity in the future," said Roberta Paranuzio, a climate change researcher at the National Research Council.

Other experts say the Marmolada glacier has been shrinking for decades and may vanish in 25 to 30 years.