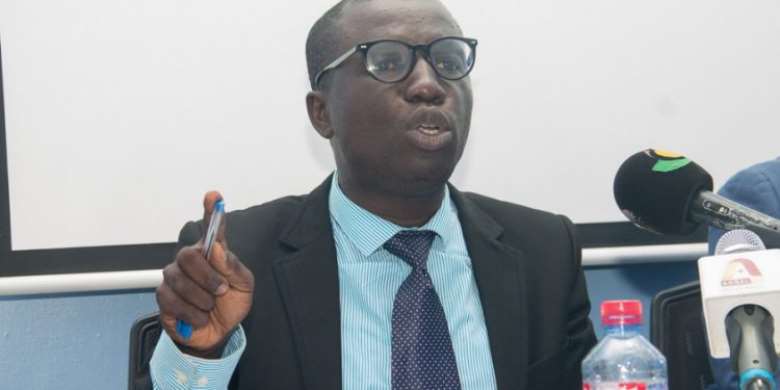 The West African Regional Director of CUTS International, Accra, Mr Appiah Kusi Adomako has called on Parliament to expedite the passage of the Consumer Protection Law to empower, protect and enhance the welfare and interest of the consumer, promote a fair, transparent and efficient marketplace, and improve consumer awareness, education and information.

Speaking at a media encounter to mark the World Consumer Rights Day in Accra today, Mr Adomako said it is discouragingly disheartening the slow pace at which the government is handling the process. The seemingly lack of interest in the law by the government can be seen to have stalled the process of enacting consumer protection law. The concern of many Ghanaians is that if urgency is not attached, the bill would not be passed within the life of this current Parliament and might even get pass even in the next Parliament.

“Over the past sixteen years, there have been attempts by various governments to get to the Consumer Protection Law passed. Four presidents have come and three gone, yet the progress has painstakingly been slow with no demonstratable appetite by our elected officials to get the bill passed. It is evidently clear that the absence of Consumer Protection Law in the country has contributed to the widespread and deliberate abuse of consumer rights in the country. Consumer rights are like fundamental human rights which the state has a binding duty to promote, protect and safeguard through the enactment of laws and its enforcement” he added.

Mr Adomako further revealed that countries with consumer protection and competition laws were able to fine firms that abused consumers and charged excessive prices during the height of pandemic. The current regime in Ghana makes it very difficult and costly for a consumer to cancel contract without having to incur huge penalty even when non-performance has been occasioned by the supplier.

“With the passage of Companies Act, 2019, (Act 992) and Corporate Restructuring and Insolvency Act, 2020, (Act 1015), the next bill for consideration should be the Consumer Protection Bill as the two deal with the protection of supply and demand sides of the market participants. Experience tells us that in Ghana to get a bill passed, there must be a strong movement behind it or political interest behind.” Mr Adomako said.

On the rising cost of goods and services in the country occasioned by the surging prices of crude oil in the international market and the poor performance of the cedi, government should deploy surveillance on the market to ensure businesses do not exploit it to the disadvantage of consumers. It is for these reasons why Consumer Protection and Competition Laws are needed to regulate the conduct of the market and to protect consumer welfare. When Adams Smith postulated the invincible hand of the government, he never meant government should close its eyes when firms are exploiting consumers. Whilst price regulations are not necessarily a desirable feature of free market, there comes a time when it becomes a necessity.

On his path, the Communication and Advocacy Lead, Mr Shadrack Nii Yarboi Yartey revealed that in 2018, CUTS and Consumer Protection Agency (CPA) mobilized over 20,000 signatures urging the Executive to tidy up every work that needs to be done on the draft bill and have it forwarded to Parliament. “Unfortunately, the marching feat of over 20,000 Ghanaians who backed the need for the government to prioritize the bill was not enough to be convince the government to do the needful” Mr Yartey added

Mr Yartey stated that, “With the Africa Continental Free Trade Agreement (AfCFTA) operationalized and trading started, there is the need to have enhanced standards to protect Ghanaian consumers from substandard goods. The only way that the Ghanaian consumers can be empowered is through the passage and implementation of National Consumer Protection Law”.