The War in Ukraine: The Effects on the Economy of Ghana 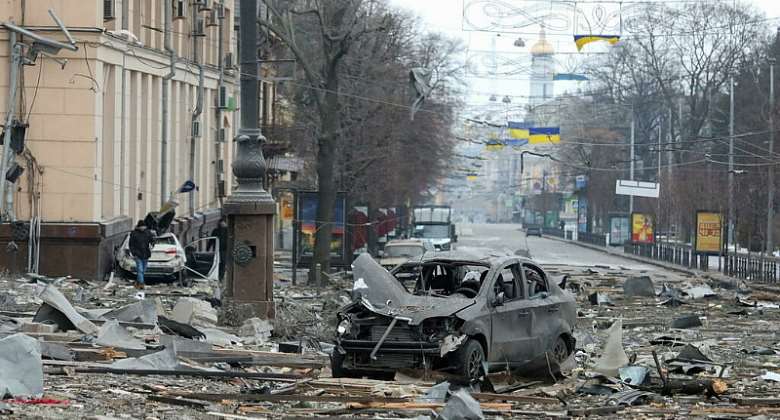 The announcement of invasion of Ukraine by the Russian Government soldiers came with it direct and indirect consequences/ effects on world economies as most countries depend on Russia for their gas, oil and other food stuff such as wheat, cereals, flours etc.

Most experts are condemning the invasion/ war based on humanitarian and sovereignty grounds forgetting about the economic impact on countries. Those supporting the invasion may have their reasons for encouraging Vladimir Putin to do what he is doing, but also failed to consider the ripple effect of the invasion on world economies.

The purpose of this article is to throw light on the economic effects of the invasion on the economy of Ghana and business entities.

The war in Ukraine by Russia has triggered economic sanctions from the European Union, United Kingdom, the United States of America and other western countries. These sanctions have forced companies from these countries, operating in Russia, to either shut down completely or suspend indefinitely their operations in the country and with others cutting ties with Russian companies. Manchester United has abrogated it contract with Russian national airline, Aeroflot. Chelsea Football Club has also lost their sponsorship deal with telecommunications company giant, Three, as their official kits sponsor. The European Union has pledged to end its reliance on Russian gas, with the US immediately and UK, beginning 2023, banning Russian oil imports. Western countries have frozen the assets of Russia's central bank, limiting its ability to access $630bn (£470bn) of its foreign reserves. Also, countries are freezing the assets of oligarchs linked to the Russian government, with Roman Abramovich, owner of Chelsea Football Club, falling victim. Selected Russian banks are also being removed from the international financial messaging system Swift , which enables the smooth transfer of money across borders. This will delay payments Russia gets for its energy exports.

All these sanctions will one way or the other have effect on the economy of Ghana in the following ways:

International Trade – According to the United Nations COMTRADE database on International Trade, Ghana’s imports from Russia was valued at US$119.42 million in 2020, with 2019 recording US$123.8 million. Ghana mostly imports cereals, fertilizers, Mineral fuels, oils, distillation products etc. Due to the sanctions imposed on Russia, these importations will be affected. Even if these importations are concluded and allowed into the country, making payments for them will be difficult, if not impossible. This is because most banks in Ghana do not have direct SWIFT keys with banks in Russia for international transfer payments but rely on correspondent banks (mostly in USA or Europe). Due to the sanctions, most banks and payments technology companies (such as VISA and Master Card) have stopped doing business in and with Russia. Also, some major financial institutions in Russia (Bank Otkrytie and Sovcombank) have been barred from using the SWIFT messaging platform, the global messaging system for financial transactions.

The invasion in Ukraine, will affect the economy of Ghana as import and export to Ukraine will also not be possible causing shortage of goods imported from Ukraine. According to the United Nations COMTRADE database on International Trade, Ghana’s trade balance with Ukraine in 2020 was US$52 million, with 2019 recording US$118.30. The main exports of Ghana to Ukraine are Ores, slag and ash and cocoa.

Another way, the economy of Ghana can be affected by the war in Ukraine is the production of crude oil. According to the International Energy Statistics, Russia was the third largest producer of crude oil in the world in 2020. The war in Ukraine has begun to have a major impact on the world energy markets. Ever since the conflict started, and especially after the announcement of economic sanctions on Russia, crude prices have been steadily climbing. They have risen most sharply in Europe, which is heavily dependent on Russian oil and natural gas. The sanctions on Russia are making countries to give Russian oil the cold shoulder at a time when the world market is already in short supply.

Even though Ghana is a net exporter of crude oil and benefit from the spike in the oil price, the country is highly vulnerable to oil price shocks. This is because, although it prefers to export its relatively higher-grade crude to attract premium prices, it nonetheless imports a significant share of its petroleum products’ needs. Years of under-investment and neglect has resulted in inadequate local refining, by the Tema Oil Refinery (TOR), which has forced the country to import about 80% of finished petroleum products. This has made price stability at the pumps very difficult to achieve.

Further, the increases in oil prices, will affect the inflation as the oil prices affect almost everything in the country. According to the Ghana Statistical Service figures published for the January 2022, year-on-year inflation rates shows that transportation (17.4%) and housing, electricity and gas (28.7%) were the biggest inflation drivers. The figures for February 2022 show the biggest inflation drivers continue to be transportation (18.3%) and housing, electricity and gas (25%). This is a serious concern given that inflation for February 2022 is at 15.7%, which is already outside of the Bank of Ghana’s 6% - 10% target range.

The war in Ukraine will, one way or the other, affect the economy of Ghana as government expenditure will increase. This expenditure is something that was not budgeted for. This means funds allocated to other sectors will have to be diverted to cater for this unexpected expenditure.

As a country, we need medium to long term measures to handle these external pressures on the economy.

To mitigate the impact of these external factors on the economy of Ghana, the country should be seeking self-sufficiency and self-reliance as an all-round strategy. The planting for food and jobs program of the government should be expanded and resourced in terms of technology, adequate financing and training of farmers and extension officers. The government should implement policies that will protect local production of certain produce. Cleverly designed import substitution policies linked to the development of especially agri-industrial value chains can support trade balances and create jobs.

Another long-term solution to limit the negative effects of the external pressures on the economy, is by investing heavily in TOR to refine the crude oil that the country produces. This will reduce the country’s dependence on importation of petroleum products. Further, the government should be planning on how to diversify the country’s energy mix. Most of the petroleum products imported into the country are consumed in the transportation sector. As such consideration should be given to electric vehicles

The war in Ukraine has taught us that, the world is interconnected and a global village as any negative effects in one country has a direct or indirect impact on the economy of another country. This means that countries need to implement strategies and policies that will help mitigate the negative effects of external factors.

If you require further information on this article, please contact Richieson @ [email protected]