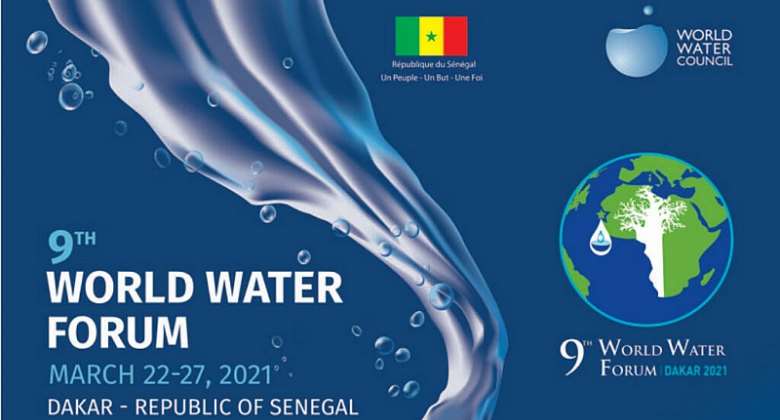 The ninth World Water Forum, a week-long series of conferences and workshops aimed at accelerating universal access to water and sanitation, is to open on Tuesday in the Senegalese capital Dakar.

The World Water Forum is being held for the first time in sub-Saharan Africa. The guiding theme is water security for peace and development.

Bringing together governments, the private sector and civil society organisations, the forum is intended to provide a platform for all stakeholders (including women's groups, youth, farmers, pastoralists and fishermen) and thus contribute to the qualitative transformation of people's daily lives.

The Dakar 2022 Forum will focus on four priorities:

The process will be led by specialized working groups structured around these priorities.

Each working group will be supported by strategic partners, including governments, intergovernmental, bilateral and multilateral organisations, financial institutions and non-governmental groups.

The 'vast potential' of groundwater

Untapped groundwater resources have "vast potential" to boost the diminishing global availability of fresh water, UNESCO said on Monday. The UN agency released its 248-page report to coincide with the start of the ninth World Water Forum.

The UNESCO report says that about 99 percent of all of the liquid groundwater on Earth is groundwater, although the resource is often poorly understood or undervalued.

"In the context of growing water scarcity in many parts of the world, the vast potential of groundwater and the need to manage it carefully can no longer be overlooked," the report said.

Water consumption is expected to increase by one percent annually over the next 30 years, UNESCO said, driven by population growth and demand from industry and agriculture.

"Making smarter use of the potential of still sparsely developed groundwater resources, and protecting them from pollution and overexploitation, is essential to meet the fundamental needs of an ever-increasing global population and to address the global climate and energy crises," she said.

Groundwater currently constitutes about 50 percent of the water withdrawn for domestic use worldwide, and 25 percent of the volume used for irrigation, according to UNESCO.

But governance of the resource is often poor and there is a shortage of technical expertise in some parts of the world, notably in sub-Saharan Africa.

Among other things, UNESCO is urging better data collection for groundwater resources, suggesting that oil, gas and mining firms share their in-house data with public authorities.