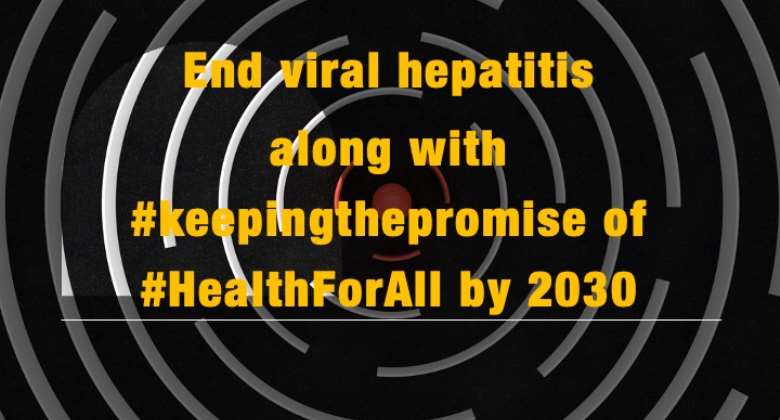 Hepatitis-B is vaccine preventable, reliable tests and treatment is available for those infected, and hepatitis-C can be diagnosed, treated and even cure is a reality now. Then why 3 persons are dying every minute of hepatitis? Over 350 million people are living with hepatitis B and C virus globally. Asia Pacific region is home to more than half of world’s total number of people with Hepatitis B and C virus (about 200 million). That is why, local leaders of 79 cities in several countries of Asia Pacific region have united to power the agenda for stronger integrated action towards ending viral hepatitis as a public health threat by 2030 (a promise enshrined in the United Nations Sustainable Development Goals).

The renewed call to scale up vaccination for preventing Hepatitis-B related liver cancer along with other evidence-based public health interventions on hepatitis-B and hepatitis-C came around the World Cancer Day 2022 from the Asia Pacific Cities Alliance for Health and Development (APCAT) that connects Mayors, Members of Parliament, Governors and other local leaders with One Health approach.

These local leaders came together 6 years back to unite forces on tobacco control and prevention of non-communicable diseases (such as heart diseases and stroke, diabetes, cancers, chronic respiratory diseases, among others). They heightened their collaboration and synergy last year by including hepatitis on the agenda too. "We commit to doing everything to harness the power of our city governments to ensure that tobacco control, prevention of non-communicable diseases (NCDs), and elimination of viral hepatitis are effectively implemented and measured, along with other health and development initiatives," said Francis Anthony S Garcia, Co-Chair of APCAT and Mayor, Balanga City, Philippines.

Hepatitis is a major contributor of liver cancer

"We applaud APCAT for recognizing viral hepatitis as a major contributor to the high rate of liver cancer in the Asia and Pacific region," stated Wangsheng Li, co-founder and President of The Hepatitis Fund. "APCAT's commitment to building healthy communities is an excellent example of political will power and collective leadership. The recently launched Asia and Pacific Hepatitis Elimination Initiative by APCAT will no doubt have profound impact on the drive to eliminate viral hepatitis as a major public health threat by 2030," said Li.

But unless we control the industry whose products like tobacco make us sick, we will keep losing the gains made on public health. That is why Dr Tara Singh Bam, Director of The Union Asia Pacific and Board Director of APCAT said: "Many cancers can be prevented and treated. Courageous and accountable political leadership is needed for cancer prevention, especially to regulate unhealthy commodities' industries- such as, but not limited to, tobacco, alcohol, sugary and sweetened beverages."

Evidence shows that long term infections with hepatitis B or C viruses can result in cancer of the liver. However, viral hepatitis related morbidities and mortalities are avoidable because we have prevention tools (such as vaccine to protect from Hepatitis B virus), as well as good tests and drugs that can treat Hepatitis B and C, and cure Hepatitis C. For eliminating mother to child transmission of Hepatitis B, it is essential to ensure that all pregnant women are tested for the virus and treated where necessary. Also, every new-born must receive the Hepatitis B birth dose.

APCAT Co-Chair Dr Bima Arya Sugiarto, who is also the Mayor of Bogor City, Indonesia, reasserted: "The Asia Pacific Cities Alliance for Health and Development is committed to accelerating progress towards ending tobacco use, as well as preventing the avoidable burden of NCDs, and viral hepatitis and improving synergy between health and development programmes and promoting integrated responses where possible, thereby averting untimely deaths."

Since its establishment in 2016, APCAT has expanded the network of local leaders manifold (from 12 cities in 2016 to 79 cities by 2021 across the Asia Pacific region), to consolidate local political will and action on health and development.

APCAT has recognized the critical role of Mayors to implement WHO best-buys for prevention of non-communicable diseases (NCDs) at the city level. It is noteworthy to mention that the 6th APCAT Summit of Mayors in 2021 had adopted a call to action, several recommendations of which are essential for prevention of cancer. APCAT is working to:

- leverage every possibility of partnership and integrated health and development responses so as to advance progress on scaling up vaccine-preventable illnesses such as Hepatitis B.

Local responses are pivotal in closing the cancer care gap

Globally, many countries are failing to keep the promise of reducing cancer deaths by 25% by 2025 (a promise enshrined in the UN SDGs). In fact, several cancer rates and deaths have rather increased, and not declined. Asia Pacific Cities Alliance for Health and Development (APCAT) calls upon to #CloseTheCare gap in cancer care by strengthening local actions to prevent cancer, diagnose cancer early and provide standard affordable cancer treatment, care and support.

According to the World Health Organization (WHO), cancer is a leading cause of death worldwide, accounting for nearly 10 million deaths in 2020, or nearly one in six deaths. Around one-third of the deaths from cancer are attributed to tobacco use, high body mass index, alcohol consumption, low fruit and vegetable intake, and lack of physical activity.

Cancer is also listed amongst the co-morbidities that increase the risk of serious outcomes of COVID-19. That is why it is even more vital to strengthen health systems so that COVID-19 control measures do not increase the vulnerabilities of people with cancer by jeopardizing cancer-related healthcare services.

Tobacco, despite being an entirely preventable cause of pandemic-proportion of disease burden, continues to be responsible for 25% of all cancer deaths globally. Tobacco use is among the major causes of deadliest of cancers (like lung cancer) and it dangerously increases the risk of other forms of cancers too.

In the Asia Pacific region, cancer is the second leading cause of death (after cardiovascular diseases), accounting for around 4.5 million deaths in the region.

Global goals that country leaders have committed to (such as, UN SDGs) warrant stronger well-coordinated and integrated actions on the ground. Local actions are critical cog-in-the-wheel if we are to deliver on the global promises including that on health security "where no one is left behind." With only 106 months remaining to keep the 2030 promises, hope local or sub-national leaders as well as national, regional and global leaders act with much greater and genuine sense of purpose and urgency.

Ministers create 'kingdoms', become 'untouchable' if not res...
32 minutes ago

Some ministers I reshuffled not my best friends anymore – Ma...
32 minutes ago