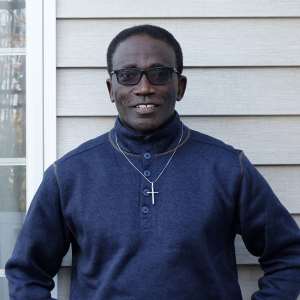 The organic chemicals in plants (phytochemicals) promote the health of humans.

Regular consumption of phytochemicals improves immunity; helps us to fight chronic diseases like:

This section deals with how consumption of plant-based-products could help fight against cancers.

Autophagy is the innate ability of cells to degrade and remove (or recycle) damaged organelles and damaged proteins (toxic materials) from cells.

It is the ability of cells to remove damaged organelles and damaged proteins (for recycling) that keeps these cells healthy and enables cells to reproduce healthy daughter-cells.

A breakdown in autophagy results in the accumulation of damaged organelles and proteins within the affected cells (which are often toxic to these cells).

Cells with irreparably damaged-DNA, commit suicide and drop outThe process is known as Apoptosis or cell-shedding

MUTATIONS: changes in DNA base-sequence which lead to the formation of unusual-genes.

Cells that inherit unusual-genes are frequently, transformed into cancer cells.

This is because gene mutations could help the cancer cells to escape detection and destruction by the immune system.

Gene-mutations that lead to the formation of cancer cells are known as Oncogenes.

Tumor suppressor genes are genes that normally, prevent healthy cells from being transformed into cancer cells.

Tumor suppressor genes are genes that block the transformation of healthy cells into cancer cells.

Tumor suppressor genes like the P53-gene, encodes for the production of the P53-protein.

If the damaged DNAs are beyond repair, the P53-protein sanctions the apoptosis of the affected cells.

Mutations in the P53-gene leads to either the absence of the p-53 proteins, or the presence of a non-functional p53-protein.

Most cancer cells develop as a result of mutations in the P53-gene.

Oncogenes are genes that promote the transformation of healthy cells into cancer cells.

The oncogenes help cells with damaged DNA to escape apoptosis.

Here are a few examples of oncogenes

MDM2-proteins keep the levels of P53-proteins in check and thus, prevent cells with damaged DNA from undergoing apoptosis.

In addition, RAS-gene produces the enzyme collagenase that breaks down collagen-barriers to facilitate the spread of cancer cells throughout the body.

Cancers may be prevented if we could change our dietary habits.

For example, it has been known that the incidence of breast and prostate cancers in Asians who, consume diet high in soy products is relatively low when compared with their cousins living in the Western countries, who consume mainly, western diets.

Most of the research on how dietary consumption of fruits, vegetable, and other plant-products affect cancer-development, have been conducted in animal-studies.

Daily consumption of these plant products lowers the risk of developing cancers.

Let us discuss some of the well-studied phytochemicals, and their effects on cancer cells.

Among the cancer cells that are destroyed by silibinin in laboratory studies are:

MECHANISM OF ACTION OF SILIBININ

Silibinin induce Apoptosis in the cancer cells by blocking the mTOR pathways.

In addition to its Anti-tumor properties, Silibinin has also Antiviral, Antioxidant properties.

Fisetin is an mTOR-inhibitor that has anti-inflammatory properties

MECHANISM OF ACTION OF FISETIN

The cancer cells that Fisetin has anticancer effect (from laboratory studies) are:

Studies indicate, the anti-inflammatory effects of Fisetin are similar to those of the corticosteroids.

The anticancer properties of green teas reside in the EGCGs.

EGCG have been found to inhibit tumor development in

Lycopene is the red pigment found in fruits and vegetables like:

It has been observed that higher intake of lycopene is associated with much lower incidence of prostate cancers.

MECHANISM OF ACTION ON CANCER CELLS

Ingested lycopene accumulates naturally, in the prostate gland, (the prostate has the higher concentration of lycopene than all other tissues).

Phytoestrogens (plant estrogens) occur naturally in many plantsThey are structurally, similar to the synthetic estrogens, and are biologically, active in humans.

One group of phytoestrogens is the Isoflavonoids that include isoflavones.

Much smaller amounts of Isoflavones are found in cereals, fruits and vegetables.

Epidemiological and clinical studies show that rich phytoestrogen-diets decrease the incidence of breast and endometrial cancers.

The isoflavones include: Genistein, (which is most important in cancer prevention) and Daidzein

Of note is that Asians who consume a traditional diet high in soy products do have low incidence of Breast and prostate cancers.

Quercetin, a plant polyphenol is found in variable quantities in all plants.

Quercetin has been found to be cytotoxic to cancer cells.

Among the cancers which quercetin has been found to prevent are:

Resveratrol are polyphenols (2-phenyl rings with a methylene-group between them) found in great amount in: