'Choose France' scoops up billions of euros worth of international investments 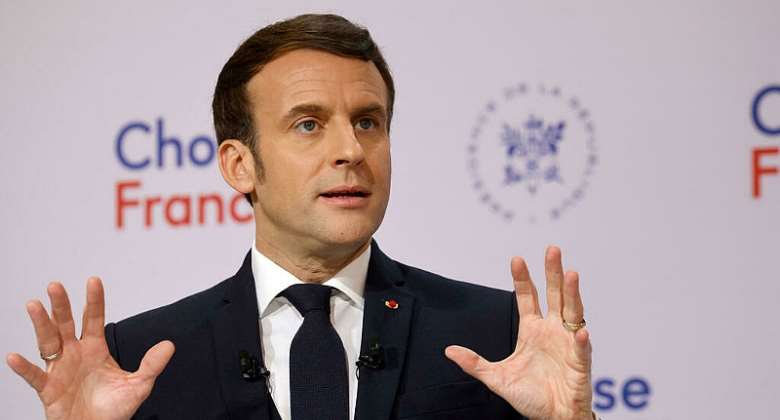 Healthcare, plastics recycling, IT and sustainable transport are just a few of the 21 new foreign investments in the "Choose France" programme announced by the Elysée Palace on Monday. The economic boost comes just three months before the country's next presidential election.

The raft of investments from Europe and the US totalling more than four billion euros, are part of the fifth edition of the 'Choose France' programme, created by President Emmanuel Macron in 2017.

Usually CEOs of multinational companies are invited to the Palace of Versailles to discuss new investment projects, however, the face-to-face meetings have been cancelled this year due to Covid-19.

Instead, Macron has deployed a team of ministers to visit various investment sites.

The new projects will create "more than 10,000 jobs, and adding more than 16,000 temporary permanent jobs" from the Manpower company, according to the Presidential Palace.

On Monday, Macron is visiting German chemist BASF's site in Chalampé in the eastern Haut-Rhin part of France with Industry Minister Agnès Pannier-Runacher, where BASF is injecting another 300 million euros into the plant.

The largest investment -- 850 million euros -- comes from US company Eastman, specialised in plastic recycling. The project will employ 350 people, with the location of the plant to be announced.

Swedish flat-pack furniture giant Ikea has created a three-year, 650-million-euro investment in projects "dedicated to the circular economy and sustainable transport," according to the French presidency.

High-tech companies are included in the mix as US global data center Equinix said it would open it's 10th IT site in June this year in Saint-Denis, just north of the capital. The three-year, 165 job project is slated to invest 750 million euros during this time.

Healthcare investments make up a large chunk of the projects, with US multinational Pfizer injecting 520 million euros in France by contracting manufacturer Novasep to produce Covid-19 treatments and conduct research.

The British GlaxoSmithKline (GSK) will place 118 million euros into three sites throughout France.

The Elysée said that the out of the past four 'Choose France' conferences, 55 of the 57 projects announced came to fruition, totaling eight billion euros and 13,000 jobs.

It added that the public aid granted to obtain these investments is generally between five percent and 10 percent of their amount.