Economic Freedom for the poor and Justice for the Vulnerable. 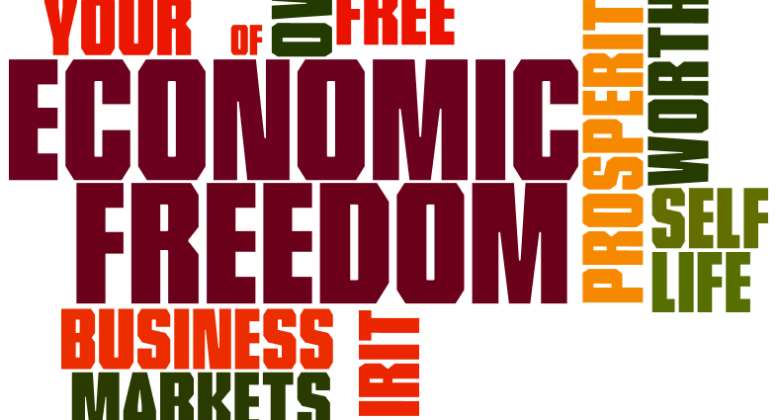 We are witnessing state capture and not leadership for all, especially for the impoverished and vulnerable they are marginalised and they are second citizens . We are seeing politicians grabbing state properties with impunity and government depleting the national purse and sharing national wealth with families, friends and high profile party folks and sycophants. We are seeing leaders who are supposed to protect the purse milk the purse dry, they didn't just do this only but they also bastardize and polarize state institutions such as education, health, Agriculture,the security, transport etc to their merit. This not the Ghana we want.

This profligate attitude should not be tolerated, because it serves the parochial interest of a minority and not the masses they represent.

All well meaning Ghanaians must fight this monstrous propensity grabbings to save the progeny of this country from suffering harsh economic constraints.

My fellow youth, this the time to rise against this pervert and demented system engineered by relics who have few days to retire in life and demand that the system is transformed to fit fauna and flora. We must be anxious of the future of our country and the generation unborn than endorsing these national criminals. Let us remove partisanship, bigotry and double standard of all forms and shapes and replace it with PATRIOTISM, accountability, incorruptibility and transparency. The future is determined by us and we cannot afford to betray it , crumble it or destroy it .

The present high cost of commodities is relative to the high cost of living in the country. Ghanaians are suffering especially the poor. The cost of fuel, fares and food alone is ravaging than an ailment. Fuel pricing is one of the major indicators that determines the resilience of inflation. As fuel pricing keeps accruing the cost and standard of living is heavily and gravely affected. Inflation is over a hundred percent and the cedi has deminished, posing serious hardships on Ghanaians.

It is sorrowful that, we are living in a country where the rich doesn't care about the poor and the government who has turned an Uber is extravagant with state purse and the people who are gravely marginalised support such evil and absurdities. The dubious screwed mentality and assertion that NO government can transform the living conditions of the people must be degenerated and be replenished with positive energies so that we can move forward to prosperity with a socialist system of government that gives back to citizens what is due them.

People are leaving in destitute because good people are dislodged from nature and humanity.The rich protect their wealth with corruption, stratagem, greediness and selfishness. They suppress the proletariat to make more wealth to build an empire for their kinship.This attitude makes a state doom,sorry and utterly poor with more of her populace in total melancholy. The Rich must distribute and circulate wealth with the poor and help them out of their situations and not to use them as an engine of money making .

We want freedom from the oppression of capitalist apartheid system exploiting the poor workers.

We stand with the masses, we stand with the vulnerable, we stand with the marginalised, we stand with labor, we stand with workers. We stand with the impoverished and we demand for Economic freedom. Capitalist and imperialist regime must FALL and workers must benefit and enjoy their labour. We say NO to exploitation of workers and those in that class. We say NO to corruption. All we want and stand for is "FREEDOM" but is rather appalling and ostensibly sad that those who fights for the rights and protect the collective interest of the masses and stands for Freedom & Justice are endangered and seen as anarchist and lawless people. That's the level of hypocrisy & dishonesty we have entrenched as a country especially when a tyrant and a dictator is at the helm of affairs and Justice becomes secondary and dictated.

Capitalist monopoly capital Economy is the current Economic trajectory of this country. The proletariat must rise to fight the subjugations & oppression of this Economic system that deepens their woes than mitigation. We are seeing an Economic system that benefits a few in a certain class but an entrenched poverty in a different class.

"I ve nothing to loose not even the riches of the world if I have them all, however, I loose when the marginalised, impoverished and vulnerable cry about bad governance and a plofligate system that discriminate against them. Humanity is worth over filthy vanity".~Anthony AKudago.

"I loose if the next generation and the progeny unborn is denied Economic freedom, quality education,good health,food security,good drinking water and equal distribution of wealth."~Anthony AKudago.

"I loose when people are homeless and go hungry." ~Anthony AKudago.

There are no real cadres to support the revolution but Quislers of capitalist and imperialist atrocities and traitors of the agenda that is determined to free the masses but I believe we would reach there presently where we would be free from subjugations.

"Oppression never stops when there is NO resistance to it". We resist the oppressors rule .~Anthony AKudago.

"The disunity of the marginalised and the proletariat is done by poverty orchestrated by those in the bourgeoisie class. However, the disunity of a race,tribe clan is self interest, hate and greed." ~Anthony AKudago.

Lets unite all workers, freedom fighters and Pan Africans towards African unity and victory over poverty.

We will not abate what we are destined to triumph.
Amandla!
Article by Fighter Anthony AKudago
Economic Freedom Fighters,Ghana (EFFGH)
Movement for Ghana First (MGF)
Email [email protected]